Vin Diesel Confirms the Guardians of the Galaxy Will Appear in Avengers: Infinity War

It wasn't too long ago that the announced two-part Marvel event Avengers: Infinity War Part One and Two was confirmed to now be two separate films. The 2018 release, Part One, is now just Avengers: Infinity War and the 2019 release, formerly Part Two, is now an untitled Avengers 4. But back when the saga was two parts, it was highly expected that the cast of Guardians of the Galaxy would appear in one of the two films. But with the downsizing to one movie, the gang's inclusion went into question. Furthermore adding to the idea that the Guardians may not appear was the continued dodging of a definitive answer by Guardians of the Galaxy Vol. 2 director James Gunn, along with his persistence that the sequel would further isolate itself in the Marvel Cinematic Universe.

However, now it seems that the Guardians have been confirmed for Infinity War, by the voice of Guardians member Groot, Vin Diesel. In a recent interview, Diesel said: 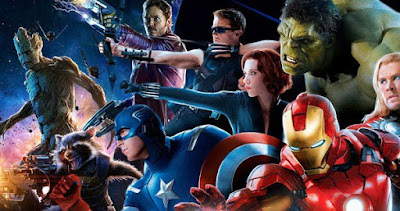 I think this was an announcement just waiting to be happen. While it was put into question whether they would appear, I never doubted they would end up showing up. The Guardians is the connection to the larger cosmic part of the Marvel Cinematic Universe, and they have direct ties to big bad Thanos (Josh Brolin) himself. They are integral in having the film come together. Plus, fans have been demanding a crossover ever since Guardians crushed the box office in 2014. As to how they can organically have the teams cross, I don't know. That's for the writers to decide. But as long as it doesn't feel forced, and it all falls into place naturally, I can't wait to see it. I trust Marvel to make the right decisions, and I'm sure it will all fit together perfectly in the end.

What do you think? Are you glad that the Guardians of the Galaxy will appear in Avengers: Infinity War? How do you think they will be integrated into the story? What do you think Avengers 4 will end up being? Leave your thoughts in the comments section below.