I saw the first trailer for Free Fire a while back, and I didn't necessarily know what to think of it. The idea of a movie centered around a gunfight sounded really interesting. It sounded a lot like a Quentin Tarantino movie, although he has nothing to do with the production. I really like all the cast members in the film: Brie Larson, Cillian Murphy, Armie Hammer and Sharlto Copley are all fantastic actors. But my big hesitation was that I didn't think the story could sustain an entire movie. Could a gunfight really last an hour and a half, and be compelling and entertaining all the way through? That was my main concern with the film, and honestly, I had completely forgot about the movie until I saw that a new redband trailer had dropped. My one real hope was that this trailer would show me why this premise warrants an entire film, and that there will in fact be enough meat to it to hold my interest for the entire time I'm in the theater. So I watched it, hopeful that the trailer would blow me away and show me why this was going to be an awesome movie.

In short, the trailer didn't do that for me. It was just more of the same, but this time with f-bombs. I like the style of the film. I think the performances look good. The action looks solid. And the comedy may just be the saving grace of the film, in keeping it continuously fresh and exciting. It really does look like a Tarantino movie. And I think I would feel better about the movie if it had been done by Tarantino. This trailer still leaves me with the question of how this can occupy an hour and a half. It looks like this would be a fascinating fifteen minute short film, but I don't know how it can be a full-length film. I'm really hoping that this turns out to be a genius movie, and that it works in the way Tarantino's offbeat styled movies work. I'm really hoping this turns out to be awesome. But I just don't know at this point. I really don't know. 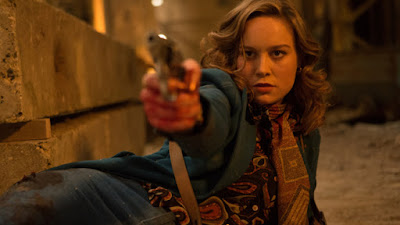 What do you think? Did you like the redband trailer for Free Fire? Are you looking forward to seeing the film? Leave your thoughts in the comments section below.