Joe Manganiello to Play Deathstroke in the DC Cinematic Universe 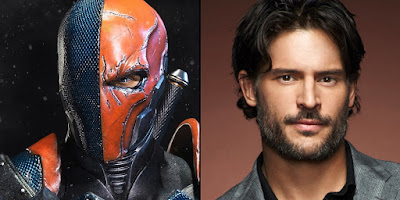 Last week, Ben Affleck released a video on his social media pages, which showed test footage of a man dressed as the comic book villain Deathstroke (you can see the footage here). This led to endless speculation about how the character will be incorporated into the DC Cinematic Universe. The prevailing theory is that Deathstroke will have a small role in Justice League, but will be the main villain for Affleck's solo Batman film. However, the question has turned to who will be playing the villain? For a while, Joe Manganiello seemed like he was first choice. He was endlessly rumored, even before the test footage was released, to be playing the character. But nothing was ever official, nor confirmed. But now, it seems we do have confirmation.

The Wall Street Journal is stating that in a recent interview, DC head Geoff Johns confirmed the Manganiello casting. However, Johns did not comment on whether Deathstroke will appear in Justice League or not, but did confirm Deathstroke for the solo Batman movie, which he says will hit theaters roughly in 2018. Now, we don't have an official quote of Johns saying this, so we can't entirely accept this as fact, but I think it's pretty safe to say this is true. Like I said, Manganiello has been looked at for this role for a very long time. It only makes sense to cast him. He has the physique and the acting ability to play this character well, and I think he'll do a great job. And this is a perfect character to make the villain of a Batman movie. He can go toe-to-toe with Batman both mentally and physically, and is an extremely resourceful villain. I think this will end up being a great decision that just makes the solo Batman movie all the more intriguing. 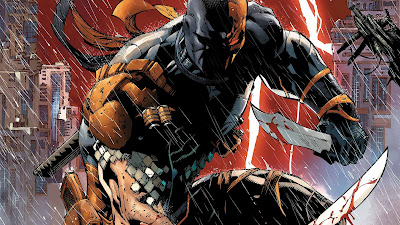 What do you think? Are you glad that Joe Manganiello is playing Deathstroke? Is he a good fit? Will the character be in Justice League, or just the solo Batman movie? Leave your thoughts in the comments section below.