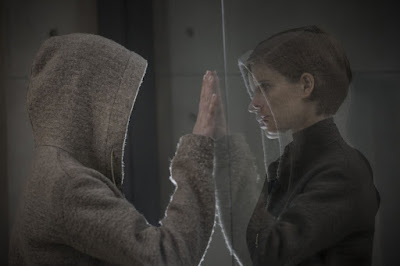 Morgan is a movie that I had very mixed feelings about going into the theater. I had really liked the first trailer, mainly from the way it was constructed and edited. It made me genuinely interested in this movie, and I was excited to see it. The second trailer I didn't care for as much. It made the film out to be much more traditional and ordinary, which is completely contrary to the feel of the first trailer. I felt like I had seen the entire movie after that second trailer, and my anticipation for the movie drastically dropped. But regardless of that trailer, this film had a lot of things going for it. The cast is star-studded. It looked like every minor role had a well known, fantastic actor, and that gave me hope. Plus, this was the directorial debut of sci fi guru Ridley Scott's son, Luke Scott. Sure, the film tackled the age old premise of man dealing with A.I., but between that first trailer and the talent behind the film, I had faith that Morgan could give us a refreshing new twist on the genre. Unfortunately, it doesn't. While Morgan isn't necessarily a bad film, it doesn't have the depth nor the dynamics of other movies in its genre.

After a horrific incident involving a company-spawned artificial intelligence, a risk assessor from corporate, Lee Weathers (Kate Mara) must go down to the facility to decide whether Morgan should be terminated or not. 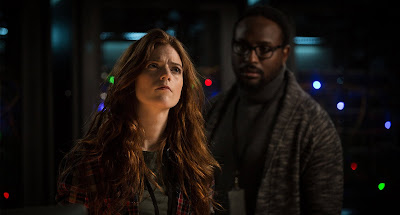 I didn't really care for Morgan, but I'm going to start out with the positives. I think Luke Scott proved himself to be a competent director. His work on this film didn't blow me away or anything, but it shows that he's not just trying to capitalize on the work of his father, and he can actually make a movie himself. And many of the performances were decent. While none of them excelled, they were good enough that I could buy into the movie. Toby Jones was good as an almost father to Morgan (Anya Taylor-Joy), and Paul Giamatti had a brief but memorable role as a psych evaluator. For a movie with her name in the title, Morgan doesn't have a ton of screen time. But Taylor-Joy did a fine job with the time she did have on screen. I also bought into the premise this movie was selling me. The idea of a small-knit group of scientists raising this A.I. girl was intriguing, and I liked it. It had a lot of potential. Unfortunately, all it had was potential.

This is a very boring movie. While it puts all its pieces into place, there is nothing happening that gives this film a sense of urgency or any kind of suspense. It just kind of trugs along, and it was hard to stay awake, honestly. I found myself distracted and my mind drifting, because there's nothing truly captivating about this film. The performances are decent, but nothing spectacular. The dialogue is mediocre. There's nothing going on that grabs you and captures your interest. Any questions you may have had about who Morgan is, something that could have been a defining mystery of the beginning of the movie, is explained in a standard exposition scene, eliminating the mystery. So how are you really supposed to buy into this film if there's nothing to captivate you? 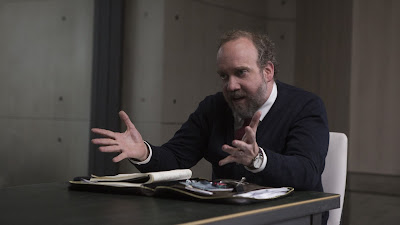 This movie also, unfortunately, adds nothing to the idea of A.I. in movies. There's no new angle, no new questions or new approach that warrants this movie being made. It just retreads everything previous movies have done without making its own contribution. But even if it doesn't do anything new, it doesn't do these old ideas well either . It doesn't have the depth or the dynamics of say Ex Machina. It just plays out as a boring, one-dimensional film that's been done so many times. Characters do things in this movie that has no explanation, and really doesn't make sense. By the end, they try to explain this with a plot twist, but it just makes you think "wait, what? That doesn't make sense!" rather than making you appreciate the film better. I think the main problem with this movie is that I don't like the story they chose to tell. I think the film would have been better if they had told the story of the scientists raising this girl, because that was what intrigued me in the beginning. But the story that ends up evolving just was not interesting, nor done well.

In the second half of the film, they try to incorporate some action into the movie, and it's just not done well at all. It's filled with rapid jump cuts and continuous continuity errors. I was overcome with laughter and nausea at the same time, and I shouldn't have been feeling either of those things. If Scott is going to make more movies, he seriously needs to work on his action approach, because it did not work in this film. And it felt unwarranted. Most of the movie is quiet and people talking, and all of a sudden people are throwing punches and doing karate kicks, and it just didn't fit into the film. The action didn't come about naturally, and it was jarring. Action only works when it fits the story, because if it doesn't, then it is just a waste of time, and that's what happened with Morgan. 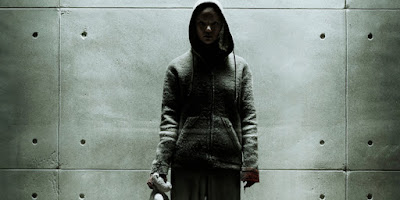 Overall, Morgan is a movie that retreads the classic A.I. tale without really adding anything new. It doesn't have the same depth nor the dynamics of other movies in its genre, and it doesn't feel nearly as profound. The performances are decent, but nothing to celebrate. The dialogue is mediocre, and some of the character decisions don't really make sense. The action is atrocious, and was riddled with rapid edits and continuity errors. The premise had a lot of promise, and had it gone in the direction I wanted it to, it could have been a really interesting movie. But instead it tells a basic, boring story with no sense of intrigue or urgency that just leads to a one note film that doesn't contribute anything to the science fiction genre. And the plot twist could have been cool, but by the time it happened I was check out of the movie. Luke Scott proves he can actually direct a movie, and for a directorial debut it's decent. But as a film I was really looking forward to seeing, it ultimately fails.

What do you think? Have you seen Morgan? Did you like the film? Leave your (spoiler-free) thoughts in the comments section below.