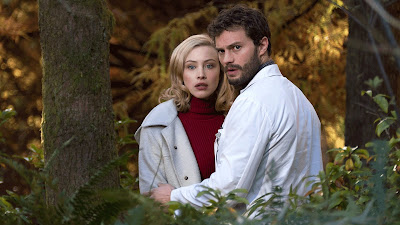 The 9th Life of Louis Drax is a movie that I was really looking forward to seeing. I had caught the trailer late, and I really enjoyed it. It looked like this film could be a really intriguing mystery, a whodunnit of sorts involving the paralysis of a nine year old boy named Louis Drax (Aiden Longworth). From a talent standpoint, this film had many great actors. Aaron Paul is probably the most distinguished of the group. He was phenomenal in Breaking Bad, and I've been looking for him to branch out into movies more. Sarah Gadon can be a really good actress, and the same with Jamie Dornan. And from some brief shots in the trailer, it looked like there was a level of supernatural mixed with some fantasy. So I was very excited to watch this movie. And ultimately, Louis Drax may end up being my worst movie of the year. It is an awfully written film with mediocre performances, and the worst, most annoying child actor performance I have ever seen!

After young Louis Drax (Longworth) falls from a cliff and is stuck in a coma, Dr. Allan Pascal (Dornan) must try to uncover the secret of what really happened while comforting the grieving mother (Gadon). Meanwhile, the police are desperately trying to find the escaped father (Paul). 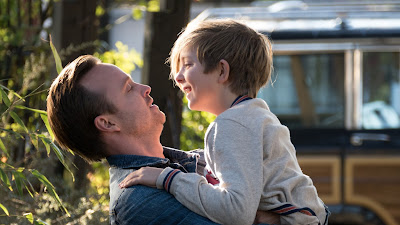 If this list of positives seems really scattered and random, it's just a testament to how little I liked this movie. I'm trying, but it's going to be hard to put together a cohesive list of things I enjoyed about this film. First of all, the shining star of the movie is Aaron Paul. He gives a nuanced and powerful performance that transcends the awful dialogue and terrible put together scenes. There is a scene near the end of the film that is absolutely beautiful. Paul should be recognized and praised for his performance in this film, and I just hope how good he was isn't lost on people because of how sh*tty the movie is. There are some gorgeous shots in this film. I think my favorite shot was of the birthday candles, which I included at the very end of this review. The cinematography isn't consistently great, but there are some breathtaking shots scattered throughout this movie. And there are scenes where the visual use of color and the CGI mixed to give authentic and wonderful shots. I was impressed with the quality of its visual effects, considering it's a low budget film.

Now let's get into the negatives, which is practically the entire movie. I think most of the problems stem from the awful script, written by Max Minghella. Sorry Max, but I'm calling you out on this. This film is based on a book, and I never read that novel, so I don't know how closely the movie correlates to the source material. But overall this is just a bad movie. It's immediately apparent from the opening montage. You know from the trailer that Louis Drax has survived a lot of near-death experiences from the trailer, so that's not really a spoiler. And this opening montage is designed to tell you this piece of information. But it is done in about the worst way possible. I couldn't believe what I was watching. What I thought was going to be a serious, brooding mystery was presenting itself almost like a slapstick comedy in terms of how it was shot, edited and narrated. It was absolutely stunning. Look, this movie may end up appealing to some people. So go in and watch the beginning of the film. If that montage works for you, then you may like this movie. If not, then book your ass out of that theater and get yourself a refund. 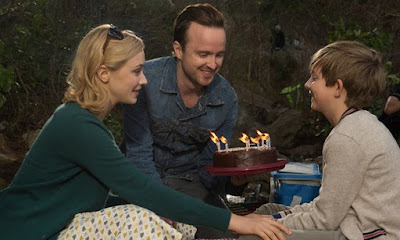 The dialogue is atrocious. It's written in a way where Minghella clearly thought he was adding deep, philosophical questions to this film, but it did not work at all (ex. "Do you believe the brain and the soul are the same thing? If his brain is damaged, does that mean he won't be the same person he used to be?"). Even the regular conversations between characters was so excruciating and poorly written that it just consumes the movie. And the performances didn't help with the delivery at all. I already talked about Aaron Paul, who was excellent. But Jamie Dornan and Sarah Gadon's flat performance didn't help make these lines sound any better. It actually made the awful dialogue more apparent. I don't know whether it was director Alexandre Aja's fault for these mediocre performances (because he clearly did something right with Paul), or if Dornan and Gadon just weren't invested, but they really did help sink this movie.

But the worst performance of all was that of Aiden Longworth. Think of everything you don't like about child actors: they don't know how to add depth to their lines, they can be annoying, you just want their screen time to end. Take all of these things and multiply that by ten and you have Longworth as Louis Drax. He was a whiny, annoying, bratty little sh*t who you don't give one damn about. Within the first five minutes I was looking forward to him getting into his coma, that's how much I couldn't stand him. And it's not all the performance: he was also awfully written. Not just with his dialogue, but with what he does in the movie as well. He kills animals, he makes fun of people, he's a brat to his parents-- there is nothing that Louis Drax as a character does in this movie that makes me care about him at all. So take that, add the "WTF" dialogue ("I'm a disturbed child, you know") and top it off with a whiny and annoying child actor performance, and you have your lead character. Whipty-f*cking-do. 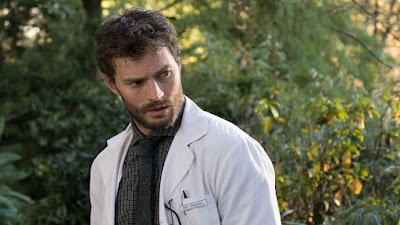 Overall, The 9th Life of Louis Drax is an atrocious movie. It has only a couple redeeming qualities. Aaron Paul gives a great performance, one filled with depth and emotion. And there are some beautiful shots paired with surprisingly good CGI. But everything else is sh*t. Jamie Dornan and Sarah Gadon turn in flat performances that only accentuate the awful dialogue. Max Minghella may one day prove himself to be a good writer, but he did a terrible job with this script. He tries to add depth to the movie, and it just blows up in its face. He adds certain elements that just don't need to be there and don't end up making sense in the long run. And Louis Drax is a terribly written lead character who is not likable in the slightest. Aiden Longworth did not do a good job of portraying him either. You could say that he's just a child actor so why blame him? Well then they should have cast Jacob Tremblay, who honestly deserved an Oscar nomination for Room. So in the end, this film is a God-awful piece of sh*t, and I won't be surprised if it ends up being top on my list for my least favorite movies of the year. 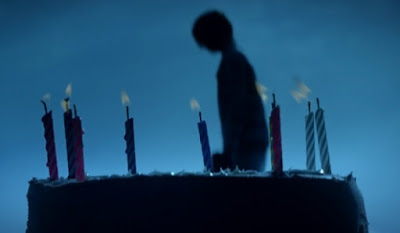 What do you think? Have you seen The 9th Life of Louis Drax? Did you like it? Leave your (spoiler-free) thoughts in the comments section below.