Ben Affleck Reveals the Title for the Solo Batman Movie 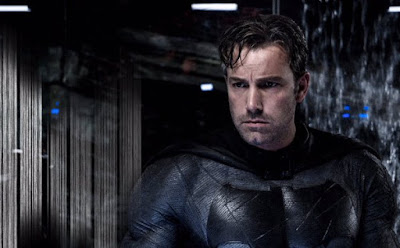 Ben Affleck has been teasing us with a lot of information about his solo Batman movie lately. We recently learned that not only will Deathstroke be the villain of the film, but that Joe Manganiello would be playing him (you can read more about that here). We also heard from a producer that the movie was a year and a half out. Now, it wasn't clear whether that meant a year and a half from filming or release, but that means that the train is moving without a doubt. And that's exciting. Affleck's Caped Crusader was the best part of a mixed bag film, in Batman v. Superman: Dawn of Justice. They should have started cranking out his solo film a day after that movie came out. But they decided to wait a little bit. And now we have even more news about the Affleck-directed feature, which may point to that year and a half statistic actually being its release.

While promoting his new film The Accountant, Affleck revealed the title for his solo Batman movie, one that fans have rumored endlessly: The Batman. I love this title. A few years ago I wrote my own Batman script just for fun, and it had the same title. Obviously DC hacked my laptop and stole my idea. No, in all seriousness, I love this title because it's succinct and to the point. This is Batman, but the "the" adds a lot to it. You wouldn't think it makes a big impact, but it does. It just adds to the mysticism of the character. He's supposed to be an urban legend. A ghost story. And the "the" adds to that element. It's a part of his character that has been touched, but not really delved into. And from what we saw of the character in Batman v. Superman, I think the movie is going to explore that angle a lot more in depth. Overall, I think this is a great title, and I am really excited to finally see this movie. 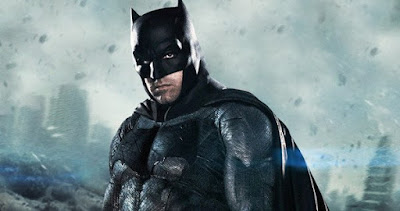 What do you think? Are you happy with the title The Batman? Are you looking forward to seeing the film? Leave your thoughts in the comments section below.