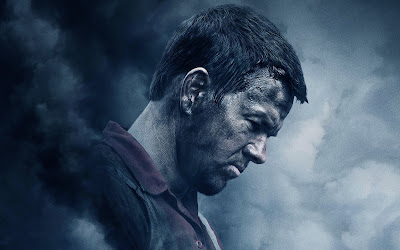 I think primarily for everyone, Deepwater Horizon wasn't at the top of everyone's list as their most anticipated movie of the year. Don't get me wrong; it looked good. It just didn't look like the greatest thing ever. It looked to be one that you could give a pass-- that you might want to see, but didn't necessarily need to see in theaters. But after it came out, everyone was raving about it as one of the best of the year so far. That they were completely surprised by just how good it actually was. So my excitement to see this film was suddenly renewed. I was unable to go the weekend it opened, but I finally got a chance to see it later in the week. And I walked in expecting this to be one of my favorites of the year. From all the buzz it was getting, I was thinking we could possibly have a Best Picture nominee on our hands. Ultimately, I really liked Deepwater Horizon, but I didn't like nearly as much as everyone else.

Deepwater Horizon tells the true story of Mike Williams (Mark Wahlberg), who works on the titular BP oil rig. When a few BP executives bypass some safety protocols, the rig explodes, leaving the crew to find a way to escape, and make it out alive. 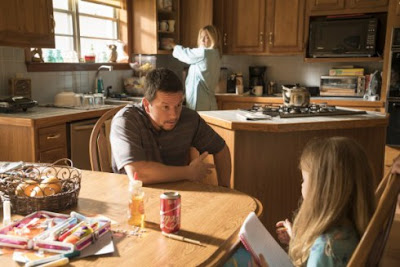 Like I said, I really liked this movie. I think the element of it I appreciated the most was how it was told. In the hands of anyone else (looking at you Michael Bay), this could have been very disrespectful. It could have turned into an over-the-top action movie, that would have been insulting to the victims and casualties in this horrific accident. But it was not done in that way. Director Peter Berg treated this almost like a documentary: he's just there with a camera to witness this event, not to stylize or enhance it. I never felt like Wahlberg was being portrayed as an action hero. It could have been very easy for this movie to slip into that mold. But instead, he was a victim of a tragedy, and he was forced to act and survive in an impossible situation.

When you hear a supporting cast like Kurt Russell and John Malkovitch, you recognize that they are great talents, but you also have to consider that they might mail it in. And I'm not sure exactly why, but from the trailers I saw, it had a feeling that Russell and Malkovitch were just big names brought in for small roles and they wouldn't really add anything to the film. But I was dead wrong. Not only were their characters fleshed out and three-dimensional, but they brought their A-game with the performances. I don't think anyone is getting nominated for this film, but I do appreciated that they gave a damn. It would have been very easy for them to just show up for a few scenes and collect a paycheck, but they actually contributed, and made the overall film better, which is exactly what you want from a supporting actor. And these characters all felt like real, genuine people, which added to the documentary-feel aspect of the film. 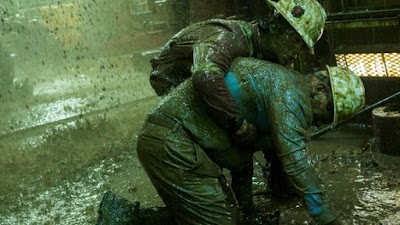 It's hard to necessarily pinpoint the weaknesses for me. I think the major one for me was that they spent too long leading up to the "action" before it happened. At first I was invested, but I found myself getting bored waiting for the main event of the film to happen. It's not that you're necessarily excited to see a bunch of people die, but you know that it's coming. So it's kind of hard to sit around for too long watching a bunch of other stuff when you know what the meat of the movie is going to be. Other than that, I didn't have many other specific problems. It's one of those movies where you can't really comments specifically on problems, but the overall film doesn't warrant a 5/5. While this isn't a negative, I just wanted to comment on this. This is the most brutal PG-13 rated film I've seen. If you have younger kids, don't let them see this movie. There are graphic scenes of bones protruding from the skin, blood and gashes, people covered in glass cuts. I don't know how this movie wasn't rated R. I was honestly surprised. So that's my PSA for today.

Overall, I really liked Deepwater Horizon. It was handled in the best way, with no part of it disrespecting the survivors or the fallen whatsoever. Peter Berg captured the film in a documentary style, which made for the best movie. And the characters all felt like real people. I bought into the relationship, though fleeting, of Mark Wahlberg and Kate Hudson. It didn't feel like a movie marriage, but a real one. Kurt Russell and John Malkovitch would have easily mailed it in, but they gave really solid performances. And like I said above, this is the most brutal PG-13 movie I've seen. I think it could have been a little shorter, and they could have trimmed down the lead-up to the "action". The set-up got boring after a while, because you knew what was going to happen and you were just waiting for it to happen. But in the end, Deepwater Horizon is a really solid film that delivers on making a respectable film, but doesn't personally live up to the hype that surrounded the picture. 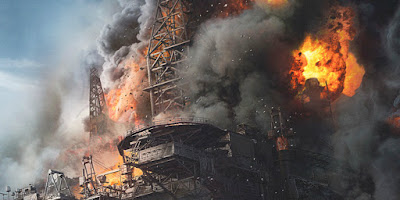 What do you think? Have you seen Deepwater Horizon? Did you like the film? Leave your (spoiler-free) thoughts in the comments section below.