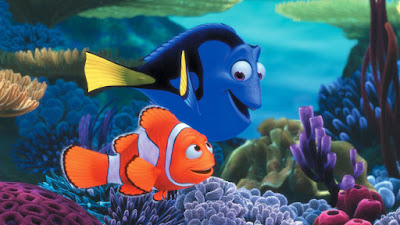 While people didn't love Finding Dory nearly as much as they did its predecessor, it was still a very solid film. It was probably one of Pixar's better sequels to date. It captured a lot of the visual magic, but not necessarily the narrative or character magic. You can read our full review here. But regardless if it was as good as the original, it's been making boat-loads of money. Week in and week out its been crushing it at the box office. But since the movie came out over the summer, it's kind of fallen off everyone's radar, as to tracking what it's been making at the box office. But never take your eyes off of a heavy-hitter, because it's bound to surprise you.

Finding Dory has officially crossed $1 billion dollars at the worldwide box office, having made close to $500 million domestically. This makes Finding Dory the third film of 2016 to cross a billion, behind Captain America: Civil War and Zootopia, the second animated film and the third Disney movie. Disney currently holds the top four spots for the highest grossing films of the year, with The Jungle Book having made $966 million dollars. It's possible it may sneak up to a billion, but it's kind of late in the game for it to do so. Number five is Batman v. Superman: Dawn of Justice, which of course is not a Disney film. There are still a few more movies coming out this year that could join the 2016 billion dollar club. Rogue One: A Star Wars Story is the biggest contender, which is also a Disney property. This could round out the top 5 of the year's highest grossing films to be all Disney movies, which is incredible. There's also Doctor Strange, which I don't think will cross one billion, but it has a chance to get up in the $600-700 million dollar range. Two wild cards are Fantastic Beasts and Where To Find Them and Assassin's Creed. Other than Rogue One, Fantastic Beasts has the greatest chance out of all the remaining 2016 films to break a billion, coming off of the success of the Harry Potter films. But Assassin's Creed could be a surprise hit. It will probably be along the lines of Doctor Strange, rather than crossing a billion. 2016 (in all respects, not just film) has been a very unpredictable year, so anything could happen. But it's exciting to see another film in Finding Dory break a billion dollars this year. 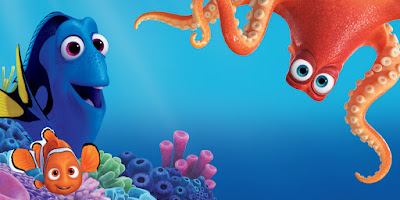 What do you think? Are you surprised that Finding Dory crossed a billion dollars at the worldwide box office? What other films this year could do the same? Leave your thoughts in the comments section below.