God Particle Confirmed to be Part of Cloverfield Cinematic Universe 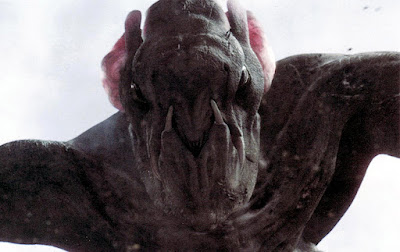 Around this time last year, J.J. Abrams shocked everyone but suddenly announcing that a film he produced, titled The Cellar, was actually called 10 Cloverfield Lane and was connected to the hit found footage film Cloverfield. At first, I was very hesitant. It sounded like they were just taking a film and slapping the Cloverfield name on it. And essentially, that is what they did, but it was a damn good movie. You can read our review for the film here. It was an excellent, slow burning thriller that yes, had a Cloverfield tie-in slapped on at the last minute, but it was inconsequential as the film itself was so good. I think we all thought after that little surprise that we were done getting films connected to Cloverfield, but I guess we were wrong.

It was just recently confirmed that the Bad Robot (Abrams' production company) film God Particle is in fact related to Cloverfield as well, and is the next installment in a Cloverfield Cinematic Universe, where Abrams hopes to put out a new film connected in some, loose fashion roughly every year. I'm mixed on this. Ultimately, I thought that 10 Cloverfield Lane would have been a stronger film had it not been connected to Cloverfield, but I liked the film so much that it didn't matter to me as much. But God Particle is a different story. We haven't seen the trailer. We don't really know anything about it. So on one hand, this could be just another film they snatched up and tried to shoehorn a Cloverfield connection into, or perhaps they were more deliberate in actually planning it to be part of this universe, as they had begun to make plans to connect more movies together. I think it's going to be similar to 10 Cloverfield Lane, where we'll just have to see the movie and see how it actually connects, whether its shoehorned or if it's more organic. But I'm just excited to see the movie. David Oyelowo has really gone up on my list of actors I'm excited to see since I saw him in Selma, and I'm excited to see him lead this sci fi epic. Here's hoping they do the film justice by connecting it to Cloverfield, and don't ruin it. 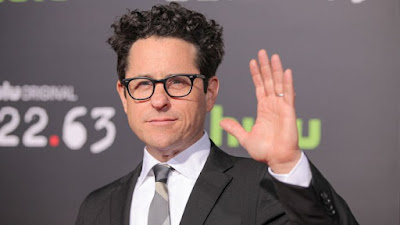 What do you think? Are you excited that God Particle is part of a Cloverfield Cinematic Universe? Are you looking forward to seeing the film? Leave your thoughts in the comments section below.