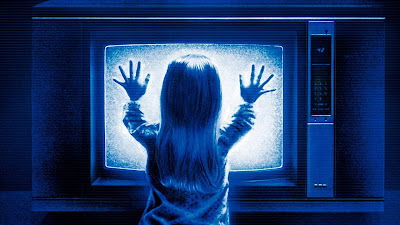 It's Halloween! If you're too old to go trick-or-treating and you're too young to have kids to take trick-or-treating, then you want to just curl up on the couch and watch a scary movie. I find myself watching horror movies all throughout October, and I'm not even necessarily a horror movie fan. When I watch horror movies, I like to go back to the classics. Whether it's The Thing, Rosemary's Baby, The Exorcist or simply Halloween, I find that the older horror classics are the better made films. Of course, you couldn't go wrong with popping on The Conjuring or Insidious, now could you? This year has been an incredible year for horror, with films like The Conjuring 2, Lights Out, Don't Breathe and the surprisingly well acclaimed Ouija: Origin of Evil. But for Halloween this year, I'm not going to re-watch any of the films that came out in 2016. I'm going back to the classics, with Poltergeist. This is an older movie, so there will be spoilers. If you haven't seen the movie yet, watch it tonight and then come back to this review after.

Yes, this is the 1982 classic horror film, not whatever the hell came out in 2015. The film centers around a family of five, who begin to experience strange and abnormal occurrences in their house. Chairs stack themselves. Tree branches break through windows. Weird storms seem to move further away, and then come back. A lot of really strange sh*t starts to happen. But things really begin to escalate when the family's daughter, Carol Anne (Heather O'Rourke), ups and disappears, with the only trace being her faint voice heard through the television. 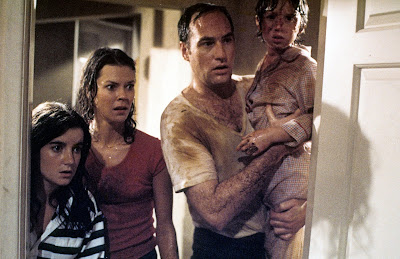 Poltergeist is one of the few writing credits on Steven Spielberg's resume, and it offers an interesting look at a different side of his creative ability. Spielberg's films rarely venture into the R-rated territory, or the horror genre. And yes, I know that Poltergeist was PG when it came out, but it would most likely be rated R under today's standards. But this film offers a new side of Spielberg, one that we hadn't seen a lot of before, or since after. The film is masterfully directed by Tobe Hooper, who knows just how to initially tease the audience with slight and small scares, before bringing in the heavy guns in the final act. We begin with small things; a chair that moves across the room. Strange noises in the night. But what makes Poltergeist so interesting to watch is the escalation. We slowly build to bigger and badder things, until you have a portal in the side of the wall with a demon's face leaning out, screaming at Craig T. Nelson. That gradual build is what makes this such an interesting movie to watch.

The performances all around are also really good. Craig T. Nelson and JoBeth Williams are good in their roles. They don't stand out a ton in the film as necessarily giving exceptional performances, but they don't fall into the horror movie trap of cringe-worthy performances. A great child actor performance is what sets apart great horror movies from the sh*t at the bottom of the barrel ones, and Heather O'Rourke is fantastic in this film. We see her slowly begin to be drawn to this supernatural force, and she then starts to act out of line. I don't think she was nearly as effective nor haunting as Linda Blair was in The Exorcist, but O'Rourke gave a very compelling performance in this film. I was very sad to learn that she had passed at such a young age. But the introduction of Tangina (Zelda Rubinstein) was perfect. She added an extra flavor needed at the end, answering some of the questions that we had leading up to it, but she is also very creepy in her performance. It was a nice touch that I thought really worked for the film. 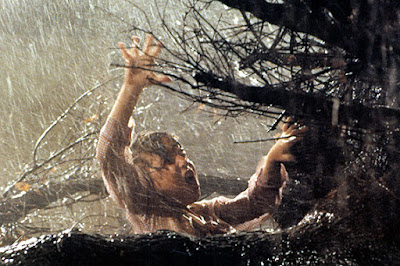 On a technical side, Poltergeist is an exceptional movie. Of course, some effects and shots are dated, but for the time that it came out, it looks really good. There are a lot of fantastic practical effects shots, and I will say a lot of the CGI works, even for today's standards. It's used conservatively enough to enhance the scenes that it's in, and it doesn't take you out of the movie, like a lot of the CGI in the original Ghostbusters tends to do. I also liked the false sense of security the film gives you at the end. You think that everything is over, but there's the sudden twist that the houses were built on the old cemetery. You've got to love Nelson's line at the end "You son of a bitch! You moved the cemetery but you left the bodies!" And then, everything goes to hell! It's a nice flip at the end that I appreciated. In terms of negatives, Poltergeist does run a little bit long. I find that happens with a lot of the classic horror films. I prefer my horror movies to be more in the 90 minute vicinity, but I appreciated that they took the extra time to infuse the level of care and craft that this film has.

Overall, Poltergeist is a really good film to watch on Halloween. It has solid build-up in introducing us to this family and taking time for us to become attached to them. It slowly gives us a few oddities, some abnormalities that stand-out, but don't necessarily warrant any real level of terror. But as the film progresses, these scares build and build and build, until we're dealing with all sorts of really terrifying events. The performances are decent all around. No one is bad in this movie, but no one stands out, other than Heather O'Rourke as the young girl Carol Anne and Zelda Rubinstein as the paranormal expert. Technically, this film succeeds in giving us excellently choreographed practical effects, as well as special effects shots that (mostly) still hold up. The film does run a little bit long, and could have been trimmed in order to make it leaner and a bit more effective, but in the end, Poltergeist works to show a different side of Steven Spielberg, and proves to be a great film to watch on Halloween night. 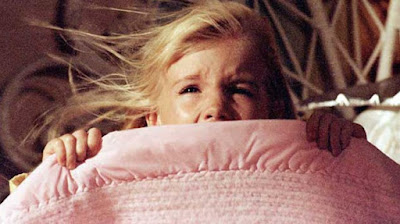 What do you think? Do you like Poltergeist? Are you going to watch it this Halloween? What are some of your favorite movies to watch on Halloween? Leave your thoughts in the comments section below.