John Wick is a film that I didn't get a chance to catch in theaters, but I really regret it. Once I saw it, I realized just how awesome it is. And it was a return to form for Keanu Reeves. So needless to say, I've been really excited for the sequel, still stupidly titled John Wick: Chapter 2. Recently, we got our first poster, along with the release date (you can read more about that here), but what that more signified for me was that a trailer was coming soon. And this weekend's New York Comic Con seemed like the strongest candidate for the release date. As expected, Saturday held a panel for the film at NYCC, and our first trailer dropped online shortly after.

This trailer is awesome. It proves this movie is a return to the style of the first film, but doesn't give away really any of the plot details. And I appreciated that a lot. I don't need to know the story yet. Just show me some cool action to convince me that this sequel is worth checking out, and that's exactly what we got. I'm sure we'll get another trailer, but I don't need one. I've seen everything I want to see from this film. I'm just ready for the movie. We see a few teases, such as the return of Lance Reddick from the Continental, and Ian McShane. We also got to see our first look at Common, who plays the film's villain. And the trailer ends on the best note possible, revealing Laurence Fishburne's role in the film. I've said this a few times on this site, but The Matrix is my favorite movie, so seeing Fishburne and Reeves back on screen together was a dream come true. I don't know how large of a role Fishburne plays in the film, but I'm really hoping its beyond just the one rooftop scene. While it's probably not the case, I'm hoping Fishburne is the second lead. But that's most likely not happening. 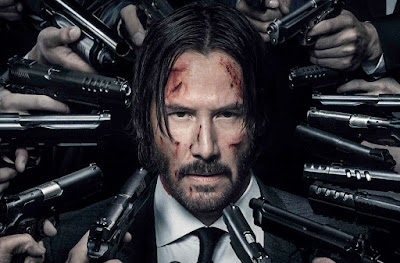 What do you think? Did you like the trailer for John Wick: Chapter 2? Are you looking forward to seeing the film? Leave your thoughts in the comments section below.