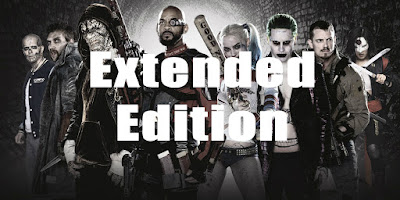 Over the summer, even before Suicide Squad hit theaters, Batman v. Superman: Dawn of Justice released an R-rated "Ultimate Edition" that incorporated 30 minutes of extra footage into the film (you can read our spoiler-filled review of the Ultimate Edition here). While it fixed a lot of the editing issues I had, and some of the narrative problems, it ultimately didn't turn a mediocre movie into a good one. I still don't really like the movie. I like certain parts, and the Ultimate Edition did help straighten the movie out a bit. But it didn't do anything to help with a lot of the scenes I had issues with, like the Martha scene or the Doomsday fight. Fast forward to the release of Suicide Squad, and I liked that film even less than Batman v. Superman. It was a complete mess, and the third act was entirely incoherent. You can read my full review for the film here. But since its theatrical release, we have repeatedly heard that there were several scenes, many involving Jared Leto's Joker, cut from the final film. So the prospect of an extended edition has been there for a while, despite director David Ayer's continuous statements that there won't be any other cut.

But now, Warner Bros. has confirmed at an extended cut of Suicide Squad will be on the Blu-Ray, which is set to hits stores on December 13th, with thirteen additional minutes of footage. I'm mixed on this. While I did not like the Suicide Squad theatrical cut really at all, I am very much open to seeing an extended edition. A huge part of the problem for me was the editing, and one of the things that the Batman v. Superman Ultimate Edition did so well was it fixed a lot of the jumbled editing. If an extended edition can do that for Suicide Squad, then I'm completely on board. But there is a difference with this than what happened with Batman v. Superman. Zack Snyder's original cut was three hours, and DC forced him to cut out thirty minutes. But with Suicide Squad, Ayer has been adamant that the film in theaters is his cut. And, we're getting thirteen minutes of extra footage, not thirty. If this extended edition is only a few deleted scenes that Warner Bros. decided to put together and slap "extended edition" on it to try to capitalize the success of the Batman v. Superman Ultimate Edition, then I'm not buying into it. Because just throwing in a couple cut scenes doesn't fix the structural problems of Suicide Squad. But if this is a genuine re-edit of the film that fixes a lot of the problems in the same vein as the Batman v. Superman Ultimate Edition, then I am very excited to see it. We'll have to wait and see what direction this extended edition is headed. 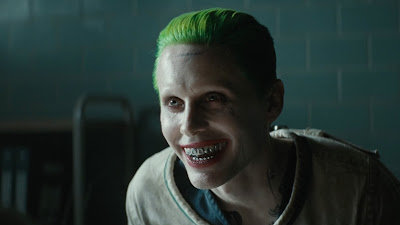 What do you think? Do you want to see an extended edition of Suicide Squad? Could this fix a lot of the movies problems, or is this simply a cash-grab? Did you like the theatrical cut of the film? Leave your thoughts in the comments section below.