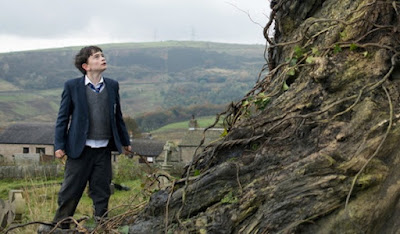 When I heard that Jurassic World 2 was going to be directed by some guy named J.A. Bayona, I went on his IMDb page to see what he had done previously, to find that he had a movie coming out this year called A Monster Calls. I saw the trailer and I thought "Hm, this looks interesting. I'll have to see it when it comes out." And since then, it's seemed like A Monster Calls has transformed into a major Academy Awards contender for this year. It was pushed from its initial October release to a limited release in December with a wider expansion in January, which is typical for movies expecting to have a large presence at the Oscars. Just because of that move, my excitement level for the film drastically went up. And when an opportunity came to see an advanced screening of the film, I couldn't pass it up. A Monster Calls is a brilliantly told film that uses unique visuals and childhood metaphors to address universal issues such as grief and tragedy.

Connor (Lewis MacDougall) is a boy with a fantastic imagination. It runs wild and comes through especially in his artwork. His mother (Felicity Jones) is struggling with cancer, and when she takes a turn for the worse, Connor is visited by a monster (Liam Neeson), who tells him three stories in order to save his Mom. 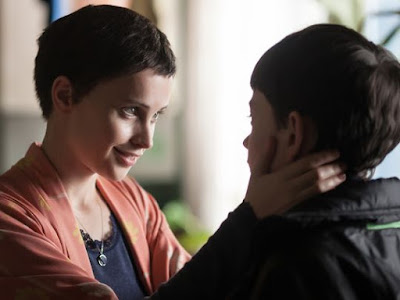 From a technical standpoint, this is one of the best films of the year. Everything about it is spectacular. The visuals are incredible. Bayona brings a special talent in being able to craft the story sequences, which is hard to describe in text. You'll just have to see it for yourself. I didn't know that the film was going in this direction, but when it happened, I was totally locked in. It added a different, more visceral layer to the film that made it so much more interesting. The film also explores the endless imagination of a young boy, and it excelled at this. It's an aspect of the film that was done so poorly in another movie that come out this year, The 9th Life of Louis Drax (read our review for it here). You can take that movie and A Monster Calls and use them as the two extremes on the scale of not only how to write and portray young kids, but also how to explore their imaginations on screen. It was a really defining part of A Monster Calls, one that was written perfectly by Patrick Ness and executed flawlessly by Bayona. This film also follows what has been called the "Pixar formula", where it is a film accessible to kids, but not necessarily made for kids. This film can definitely be seen by younger audiences and I believe should be, but it is in no way a "kid's movie".

The performances are also top notch. Felicity Jones steals the movie with a very restrained and emotional performance, one that could earn her a Best Supporting Actress nomination. She had already proven to me that she was an extremely capable actress in The Theory of Everything, but this was just further proof that she's going to knock it out of the park in Rogue One: A Star Wars Story. Lewis MacDougall was also excellent. I wouldn't put him on the level of say Jacob Tremblay in Room, but he effectively carried the film and invited us into this world. Sigourney Weaver, Toby Kebbell and Liam Neeson were also really good in their supporting roles. But the stand-out of the film is the writing and directing. Patrick Ness wrote the screenplay based off of his own book, and I think he's looking at an Oscar nomination. It was so well crafted and organized. There was a Q&A with him after the screening I attended, and he was very witty, but also insightful on his process of writing. I believe he has a nice career ahead of him in the industry. I already touched on the directing before, but Bayona proves himself to be one hell of a visual storyteller. I can't wait to see what he does with Jurassic World 2. 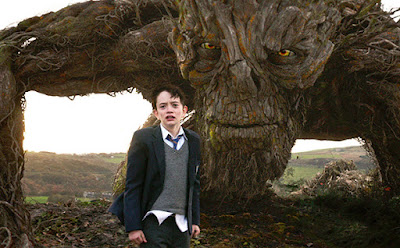 I think the most important part of this movie has to be its underlying message. The film is a visual treat and a captivating tale, but it's a movie that helps people process and deal with grief and loss. It asks fundamental questions to the human psyche, analyzing why we act out and how we externalize and internalize tragedy. And what makes it so much more interesting is to see it through the eyes of a young boy, who can't necessarily communicate his problems as effectively as say an adult could. I think this makes A Monster Calls a very important movie in not just understanding what other people go through with grief, but in helping someone understand how they can process their own grief. And it's not a message or a theme that hits you over the head; it's subtle and it organically weaves its way through the narrative. So while I appreciated the beautiful visuals, compelling story and wonderful performances, I admired its message most of all.

Overall, A Monster Calls is one of the best films of the year right now. It's visually stunning, with beautiful imagery, incredible cinematography and fascinating story sequence design. The screenplay is top notch, and the direction is fantastic. The performances across the board are really good, but Felicity Jones stands out as giving the best performance in the film. But the movie's message about dealing with grief and loss gives it a new layer that makes the overall experience all the better. In the end, A Monster Calls stands strong with its screenplay, direction, visuals and performances. Here are my Oscar predictions for it: Best Adapted Screenplay, Best Cinematography, Best Visual Effects, Best Sound Editing, Best Original Soundtrack with outside shots of Best Picture and Best Supporting Actress for Felicity Jones. 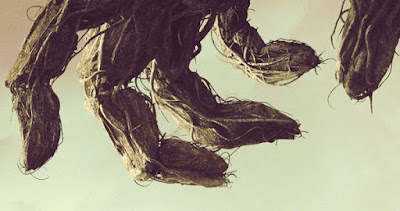 What do you think? Have you seen A Monster Calls? Did you like it? Leave your (spoiler-free) thoughts in the comments section below.