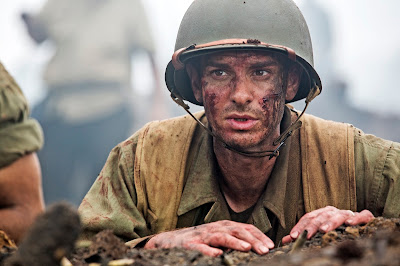 Hacksaw Ridge has been a movie that I've been looking forward to for some time now. The trailers have painted this film to be far different from any other war movie we've seen. What's it like for a pacifist to fight in a war? It really makes you stop and think. Andrew Garfield is an actor who has been on everyone's watchlist for awhile now. I thought he was robbed of an Oscar nomination for his work in The Social Network, and he's been great in all of his other films. So I've been waiting for him to turn in something like this. This is also Mel Gibson's first directorial effort in over ten years. It says something about the movie that this is what he returns with from his hiatus. So with all of that in mind, I was really looking forward to seeing this film, and I was not disappointed. Hacksaw Ridge is a masterful film with excellent performances and incredible direction.

Desmond Doss (Garfield), a strong Christian man, enlists into the military in order to fight against the enemy in World War II, but comes to crossroads with his officers when he refuses to touch a gun, as he will not kill. Other soldiers believe Desmond to be a coward, and are afraid that his cowardice will get them all killed. But as the platoon descend upon the deadly Hacksaw Ridge, Desmond proceeds to prove them wrong, and becomes a true American hero. 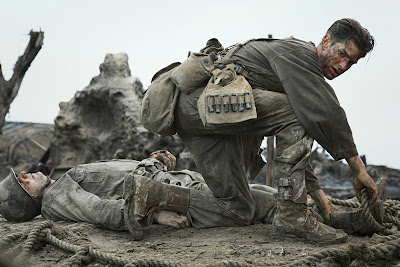 This is a phenomenal movie. Say what you will about Mel Gibson as a person, but he is a magnificent director. He navigates this complex and difficult story with ease, knowing the perfect ratio of character-driven moments to war-filled madness. The different aesthetic choices he made, in terms of the tone of the film and his approach to the different aspects of the movie, continue to prove his ability as a director. I'll get more into the war scenes later, but the way he chooses to showcase these sequences is masterful. Sure, we get tons of gory and bloody violence, but never does it feel glorified or for entertainment. It is purely to show the horrors of war and the madness that ensues on the battlefield, and Gibson walked that line perfectly. He also does fantastic things with the character of Desmond, and how he uses other people's reactions to him to tell Desmond's story for him. Gibson easily could have had Desmond give us long, exposition-filled speeches about why he chooses not to kill, and we do get a couple of those, but only when they are absolutely necessary. Instead, Gibson utilizes supporting characters and the environment to paint the picture of why Desmond won't kill. It's a perfect example of show not tell, and I think it ultimately shows Gibson's mastery as a director.

The performances in this film are also brilliant. Andrew Garfield steals the show as Desmond, giving a multi-layered performance. You kind of have Desmond pegged as a goody two-shoes, ultra conservative guy from the beginning, but as the film progresses, more and more layers are peeled back and we understand what motivates him and what drives him. There's a lot of terrible stuff in Desmond's past that explains why he is who he is, and I thought Garfield did a magnificent job with his performance. Hugo Weaving is the other stand out, as Desmond's abusive alcoholic father. We've seen Weaving as Agent Smith and Elrond, but it was refreshing to see him in such a human role, and such a vulnerable one as well. He was fantastic in the movie. Vince Vaughn also gave a great performance, and one that is atypical of what Vaughn usually does. We also get to see very good performances from Sam Worthington, Teresa Palmer, Rachel Griffiths and Luke Bracey. The performances definitely drive this film, and while they were fantastic across the board, Garfield and Weaving especially stood out as the best. 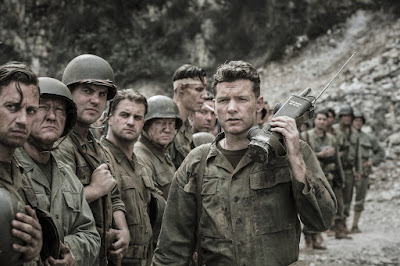 The war scenes in this movie are also incredible. I talked before how they never glorify these battle sequences, nor ever treat it as "action". Instead, the film very much adopts a horror movie feel. The violence is unnerving. It gets under your skin and makes you squirm in your seat. And that's exactly what it's supposed to do. At a certain point, my friend sitting next to me leaned over and whispered "They didn't need to show us that!". But they did, because that's exactly the point. This film holds nothing back with its violence, and its making a point to show just how f*cking awful war really is. Sometimes other movies tone it down. They "Hollywood" it. But here, Gibson shows us the reality of war. It's dark. It's brutal. It's sh*tty. So it makes for such a beacon of hope when you have Desmond prevailing through this madness, never giving into the dark. His enduring sense of good and righteousness is a ray of light, and it makes sitting through these horrendous battle sequences worth it, in order to see good ultimately prevail.

But I think my biggest takeaway from this film was how strong its message was. It never hit you over the head with its Christian themes, but it's definitely there and present. And it ultimately transcends any kind of religious label. Hacksaw Ridge is a demonstration of one man's personal strength and endurance, and his ability to hold true to who he is as a person despite the world telling him to change. And it isn't just blind ignorance. We see Desmond struggle with this, questioning whether he is doing the right thing. But ultimately, he realizes he could never live with himself if he turns his back on what he believes. Regardless of faith, these are universal messages that can apply to every single person watching, and that is the beauty of this film. Despite its darkness and how depressing the war scenes are, you walk away with a sense of inspiration, and a renewal in your faith in humanity. Sure, the performances in this film are great and the war scenes are well shot, but the message is what ultimately shines through this movie, and just how well it was told and communicated. 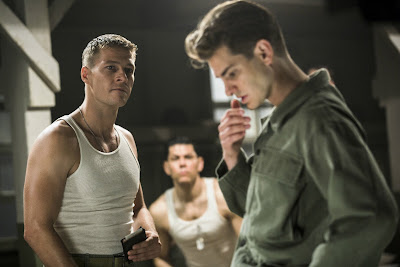 In terms of negatives, I have very few. The movie is two hours and nineteen minutes. They could have shaved five or ten minutes off of it to make it a little bit leaner. Maybe cut down on a couple of the war shots, just to make a slicker movie. But I was overall fine with the run-time, and I didn't find it to be much of a problem at all. The dialogue in the beginning of the movie is also not the best. I understand that it's a representation of the time, and that that's how people talked and acted back in the 1940's. But it was kind of cheesy and corny to watch, and I did roll my eyes a couple times. It was a little bit hard to get into at first because of this. As soon as the film moves onto Desmond's enrollment, all of that changed and it gained its razor-sharp focus and attention. Other than that, I don't have any problems with this movie, and even with those I'm stretching. There is so much to love about this movie, and very little to not.

Overall, Hacksaw Ridge is a magnificent film, and is definitely one of the best of the year. Mel Gibson proves himself to be a masterful director, walking a very delicate line in how he presented and told this story. The performances across the board were excellent, but Andrew Garfield gives the performance of his career as Desmond Doss. Hugo Weaving also turned in a performance that is very different from what we've seen from him before, and was much more human and vulnerable. The war sequences are incredible well shot, and are absolutely brutal to watch. They really adopt a horror movie feel, and gives us a glimpse into the madness of battle. But above all else, the message shines through as the best part of this movie. I only had a couple negatives. It could have had five or ten minutes cut out, and the dialogue in the beginning of the film was kind of shaky. But that's it. Ultimately, Hacksaw Ridge is a triumph of a movie, and will definitely have a large presence at the Academy Awards this year. 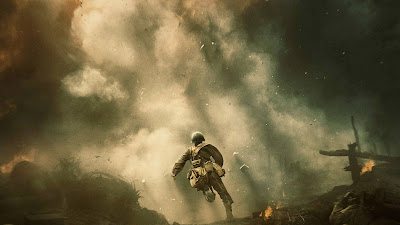 What do you think? Have you seen Hacksaw Ridge? Did you like the film? Leave your (spoiler-free) thoughts in the comments section below.