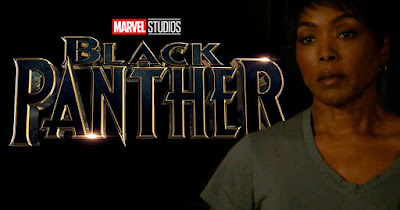 It was confirmed this week that actress Angela Bassett will be playing T'Challa's (Chadwick Boseman) mother, Ramonda, in Black Panther. I'm not overly familiar with Bassett's work, but she's known for American Horror Story, as well as movies like Olympus Has Fallen, Chi-Raq and Malcolm X. From everything I've heard, she's an incredible talent, and will add a lot to this Marvel film. I'm more interested how much of a role Ramonda will have in the film. I think the dynamic between T'Challa and his mother, especially after the events of Captain America: Civil War, would be a fascinating thing to see on screen. It would be a very emotional dynamic, one that could add a lot of depth and emotion to the story. With that in mind, plus Bassett being such a talent, I'm very excited what they end up doing with her in Black Panther.

A long-standing rumor have been proven to be true: Rogue One: A Star Wars Story will not have an opening crawl, like all the prior Star Wars movies have had. This is a big mistake on Disney's part, I believe. One of the main criticisms of the trailers has been that they don't do enough to explain where Rogue One stands in the timeline, and an opening crawl is the perfect tool to use to inform the audience when they sit down for this movie. Have a short blurb explaining that the Jedi have fallen, and the Empire is building a super-weapon, and then you can get right into the story. It's a perfect way to let people know it takes place before Star Wars Episode IV: A New Hope. Plus, the opening crawl with the theme music is just so damn iconic, that it wouldn't really feel like a Star Wars movie without it. Still, that's the direction they're going, unless they're actually playing coy with die-hard fans and are trying to surprise us in the theaters with it. But unfortunately, I think they're telling the truth and we won't end up getting it. I think it's a wrong decision, but I'll be upset for fifteen seconds before the movie begins and I get locked into Rogue One. 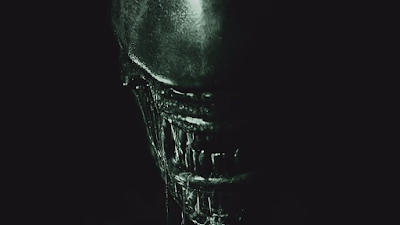 The first teaser trailer for Alien: Covenant has dropped (which you can see here), along with a new release date. The film has moved up a few months from August to May 16th, 2017. Whenever a movie moves up its release date, it's always great to hear, because it means that the studio has faith in the film. I am really looking forward to Alien: Covenant. I am in the minority of liking Prometheus, and I am a big fan of the Alien franchise, so I'm really hoping that this movie is good. Plus, with the release of this badass poster, I think a trailer might be dropping soon. Usually a poster drops and then a few days later the first trailer drops as well, so I wouldn't be surprised if we got the trailer for Alien: Covenant in the next couples days. But overall, I really like the poster and I think the new release date is great. I'm just hoping all of this results in a trailer!

Everything Wrong With X-Men: Apocalypse,
courtesy of CinemaSins