It's funny, but Silence comes out in limited release in a matter of weeks, and this is our first trailer for the film. The Martin Scorsese directed epic has been stuck in post-production since, per usual, Scorsese turned in a really long cut of the movie and the studio wanted to trim it down. Last I heard, it clocked in just under three hours, which sounds about right for Martin Scorsese. But this issue has delayed the marketing for Silence, making its push be right before the film comes out. At first, this kind of delay can make someone nervous for the project, but I think the reasons behind it is legit. It wouldn't be the first time Scorsese has battled with the studio over the length of his movies. I've been really interested in Silence. Not only is it a Scorsese movie, but a lot of people have been buzzing that Andrew Garfield could possibly score two Oscar nominations this year for Best Lead Actor-- one for this film, and the other for Hacksaw Ridge. I'm not sure if he'll get two, but it's made me all the more excited to see this movie. Plus, people have been raving about Liam Neeson's performance. So I watched this trailer with high expectations.

This is definitely a different movie for Scorsese. This isn't The Wolf of Wall Street at all. It has a very different tone than some of his other movies. It has an Eastern and spiritual vibe, and that's not something that's explored often in wide event films. Garfield looks phenomenal. He is proving himself to be a very transformative actor, as I'm able to recognize him less and less with each new role he takes on. He was brilliant in Hacksaw Ridge (you can read our review here), and if his performance in Silence tops that, then that will be absolutely something to see! We didn't see much of Adam Driver or Liam Neeson, but I have a feeling their performances won't disappoint. And the cinematography was incredible. This is such a good looking trailer, from the landscapes to the camera angles. It all looks fantastic. We didn't get a ton of the story, and were more barraged with images and shots. I'm going to see this movie because it's Martin Scorsese, and I want to see some damn good performances. This trailer didn't necessarily help nor hinder my anticipation for the film, but it was good to see it come to life. I am very much looking forward to seeing this movie. 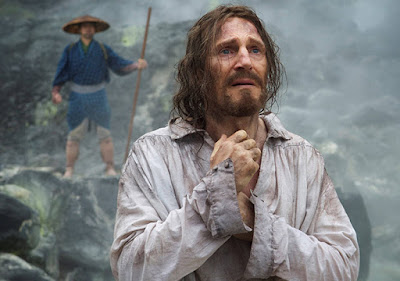 What do you think? Did you like the trailer for Silence? Are you looking forward to seeing the film? Leave your thoughts in the comments section below.