With the, shall we say, mixed response to Batman v. Superman: Dawn of Justice and Suicide Squad this year, fans have been majorly concerned with the rest of the upcoming DC movies. While I personally loved Man of Steel (and not so much this year's releases), DC has yet to put out a film in their cinematic universe that is liked by the majority of people. And as we turn to 2017, we have two possibilities. Either DC proves they have re-corrected the ship and gives us two amazing movies, or they lose the trust of the fans they have left. It seemed like Justice League was the one everyone was concerned with, with Wonder Woman being under the radar. But after the film's brilliant trailer that debuted at San Diego Comic Con this year, I think it's fair to say that Wonder Woman has taken the upper hand. The first trailer was fantastic, in that it gave us a brief glimpse of the story and world, while focusing on the amazingly choreographed and shot action. But with a second trailer, they would need to do a couple of things: prove that Gal Gadot can carry this film, and give us a better indication of the narrative. Just minutes ago a new trailer dropped, and I can confidently say they successfully did both.

I'm not prepared yet to say whether I think this trailer is better than the first, but it is certainly an amazing trailer. While the first trailer focused a lot more on the action, we see more of the story with this one. We spend some time on Themyscira, and we learn a lot about Wonder Woman's character. Through the narration, we understand her moral convictions and her sense of justice, which I think it pertinent in making this film work. We see some new action sequences, and the one that occurs on the Themysciran beach especially looks phenomenal. The use of slow motion in these two trailers is unlike anything we've seen in the DC movies yet, and I think it goes a long way in making Wonder Woman stand apart. We see a lot more of the supporting cast, with some great lines from Chris Pine. There are also a lot of jokes sprinkled throughout, but they never feel out of place. They all feel organic. But what stands out the most to me is Gal Gadot. I have been on the fence with her as Wonder Woman ever since she was cast, because I had never seen anything that proved to me that she was a capable actress. The character was great in Batman v. Superman, but we didn't see enough of her to know whether she could carry her own film or not. And even with the first trailer, she doesn't speak many lines. But this time around, Gadot knocks it out of the park in terms of her dialogue, screen presence and action sequences. Like I said, I'm not sure yet if I liked this one more than the first trailer, but it's a pretty damn close race. Now, keep this in mind: both Batman v. Superman and Suicide Squad had incredible trailers, and the movies themselves didn't turn out to be as good. So that is certainly a possibility here. But I have a feeling that it's going to be different, and that Wonder Woman may just be what fixes the DC Cinematic Universe. 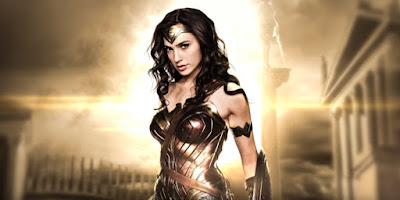 What do you think? Did you like the trailer for Wonder Woman? Are you looking forward to seeing the film? Leave your thoughts in the comments section below.