Guardians of the Galaxy was not just my favorite comic book movie of 2014, but one of my favorite films of that year. James Gunn brought an excellence to that movie that's really unparalleled. So needless to say, I've been incredibly excited for the sequel. It was such a relief to see Gunn return, along with all the cast members. Plus with it delving into Kurt Russell as Star-Lord's (Chris Pratt) father, and the addition of Yondu (Michael Rooker), Nebula (Karen Gillian), and Mantis (Pom Klementieff) to the Guardians' team, Guardians of the Galaxy Vol. 2 was bound to be an explosive sequel. We got a short teaser for the film, which was great, but I was really looking forward to seeing the full trailer. I had faith in the project, but I wanted to make sure that the sequel would really capture the same magic of the first one, and I was only going to be able to really tell from a trailer. Well, now we have the full trailer for Guardians of the Galaxy Vol. 2, and it's awesome!

I love this trailer! I was immediately whisked back into this world I loved so much. The quirkiness and the comedy has made a successful return, proving Gunn's creative control over this universe. The core of the trailer revolves around an exchange between Rocket Raccoon (Bradley Cooper) and Baby Groot (Vin Diesel), which was fantastically constructed. It was the classic humor from the first film, and it was a relief to see that what this franchise is at its core has not been lost. We get a glimpse of the action and of the new soundtrack, which both look and sound great! But I think the highlight of the trailer for me was the ending with Dave Bautista. He's crushed it in both trailers, and I think he's really coming into his own as a comedy star. After watching this trailer, I think Guardians of the Galaxy Vol. 2 has a very strong chance of being better than its predecessor, which means this is going to be one hell of a movie. I love this trailer, and I can't wait to see this movie! 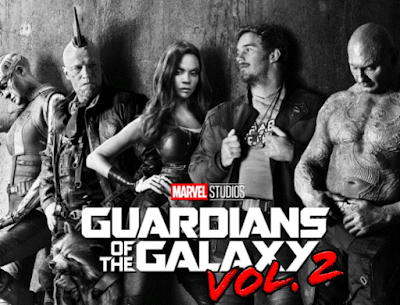 What do you think? Did you like the trailer for Guardians of the Galaxy Vol. 2? Are you looking forward to seeing the film? Leave your thoughts in the comments section below.