Why Him? SPOILER-FREE Review 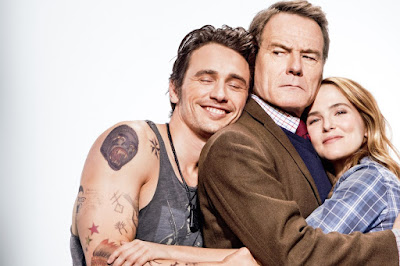 Why Him? is a movie I've been mixed on. I really like the concept, and I love the talent behind the film. Bryan Cranston was obviously fantastic in his dramatic roles like Breaking Bad, but a lot of people forget that he started out in comedy. So I was excited to see him return to his roots. James Franco is usually funny in everything he does. But I was especially excited about it being directed by John Hamburg. He directed I Love You, Man, which I think is a very underrated and fantastic comedy. So all of those elements had me excited. However, I didn't necessarily love the trailers. They were fine, but they only got a couple chuckles out of me. I had faith, though, that it was going to end up being a good movie, despite my not loving the trailers. So when a chance to see an advanced screening of the film came up, I took the opportunity. I was expecting it to end up being mediocre, but I was hoping for the best. Well, I guess the stars were aligned in my favor that night, because it turned out to be fantastic! Why Him? surprised me by being easily one of the best comedies of the year, and excels with its raunchy humor and great comedic performances.

Ned (Cranston) is a pretty conservative person. He doesn't really swear, he's very practical, and is incredibly family-oriented. But when he finds out that his college-aged daughter, Stephanie (Zoey Deutch), is dating an... shall we say, eccentric person, the family goes out to California for Christmas in order to meet him. And let's just say that Laird (Franco) doesn't make the best of impressions. 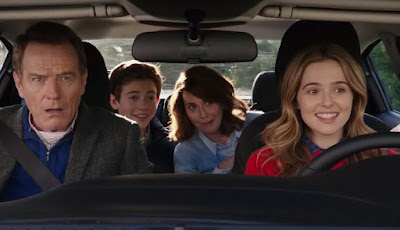 This movie is absolutely hysterical! From the opening shot, this film had me laughing hard consistently throughout the entire movie. I think there were only two dry spells, and they only lasted a couple minutes. Why Him? is absolutely relentless with its comedy. It hits you over and over and over again. I'm definitely going to see it again, because I know for sure there were jokes I missed from the audience I was with was laughing so hard from the last joke. Be warned-- it does take full advantage of its R rating. It's very much in line with the Seth Rogen and Evan Goldberg kind of films, in terms of its type of humor. If that's not your thing, then you probably won't find this movie nearly as funny as I did. But for a person who really loves Rogen's movies and his sense of humor, I found this film to be a blast. The direction by John Hamburg is also great. I don't think this movie is nearly as good of a movie as Hamburg's I Love You, Man, but it has more consistent laughs than that movie. It's really well done and well executed, considering how easily this could've been another throwaway garbage comedy.

The performances in this film are fantastic, from a comedic standpoint. Bryan Cranston does a great job leading this movie. He doesn't have ample moments to shine, but his select moments are great. A lot of his character's comedy comes from reacting to James Franco, and it works for the best of the film. I would've liked maybe a couple more stand-out scenes for Cranston, but I was more than happy with the film I got. Megan Mullally, Zoey Deutch and Griffin Gluck are excellent in their supporting roles. They do what they need to do perfectly, and Gluck surprisingly had a lot of great moments. We saw very little of Keegan-Michael Key in the trailers, and I was afraid that it was because he wasn't in the movie for very long, but I was completely wrong on that front. He is featured heavily throughout the film, and has some great lines. But James Franco absolutely steals the movie. He easily could've gone overboard, and we could've gotten tired of him very quickly, but Franco knew how to play it just right so that we were constantly engaged with his character. He by far gave the best performance, had the best lines, had the best scenes and was simply the best part about this movie. 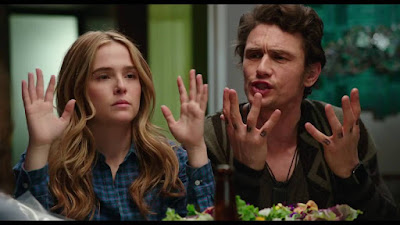 I have very few problems with the film, actually. I do think a certain character's mindset was changed way too quickly near the end of the movie, and it was very jarring as to how quick his or her turn around was. Like I mentioned above, I wish we did have a couple more stand out moments for Bryan Cranston, and maybe a little bit more time with Megan Mullally. She was kind of pushed to the wayside in favor of the rivalry between Cranston and Franco. I also wanted to see more of the good side of Franco's character, and why Stephanie was so in love with him. We have a couple of tender moments with Laird, but not enough for me personally to excuse his behavior for the rest of the film. But these are just small issues that really don't mean much. It's a comedy, so there are some thing you just let slide. Those things bothered me for a minute, but then I went right back to laughing.

Overall, Why Him? is my favorite comedy of the year. It's hilarious and outrageous, and makes full use of its R rating. Bryan Cranston is great, and all the supporting cast members serve the story well. Keegan-Michael Key stood out has having a really good role, as he was absent from a lot of the marketing. But James Franco absolutely crushed it, and stole the movie for me. He walked a very thin line, but he walked it well. The writing and direction by John Hamburg was excellent. I still think I Love You, Man was a better movie, but Why Him? had a lot more consistent laughs. I only had a few negatives. I would have liked to have had more stand-out moments for Cranston. I also wanted to see more scenes between Zoey Deutch and Franco, to better understand why they were together. But those were more inconsequential in terms of the larger picture. In the end, Why Him? is hysterical, and is one of the best comedies of the year. It's definitely worth checking out when it goes into wide release! 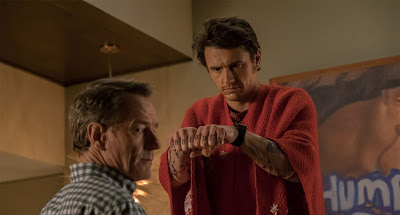 What do you think? Have you seen Why Him? Did you like the film? Leave your (spoiler-free) thoughts in the comments section below.