I actually really liked the first trailer for Life. It looked like a fascinating cross between The Thing and Alien. It perfectly created this creepy atmosphere, and it really caught my attention. I also love the cast involved. Jake Gyllenhaal, Ryan Reynolds and Rebecca Ferguson are all fantastic actors. Plus, it's written by the two guys who wrote Deadpool, Rhett Reese and Paul Wernick, so that's definitely a good thing. There's a lot in place for this is to be an excellent film, however we've had practically no marketing for it since the first trailer came out several months ago... and this movie comes out next month. Up until now, as I afraid that the studio just didn't have any faith in the film, and was avoiding marketing it in order to save some money. But with this new trailer and a TV spot during the Super Bowl, it looks like they were just waiting until it was closer to the film's release. So I watched this new trailer with a high amount of anticipation, and I was not disappointed.

I really liked this trailer! It feels like an extension of the first one, expanding one the main highlights of the original trailer. We get a greater sense of the team comradery in the beginning, with "Spirit in the Sky" playing in the background. It had a lot more of the fun atmosphere that you would tend to expect from the writers of Deadpool. Then it takes a turn into its horror/thriller side, and it felt really well done. The part about this alien species wiping out Mars thousands of years ago felt a little cheesy, but I'm hoping it works better in the context of the film. But I think this will definitely work to build up relationships and then, over the course of the film, destroy them. Much to the same effect as The Thing, and that's not a bad thing at all! Overall, the performances look great. The comedy aspects worked. The team dynamics worked. But also the horror elements were incredibly effective. I was on the edge of my seat watching this, and I have a strong feeling I'll be doing the same when I watch Life in theaters. 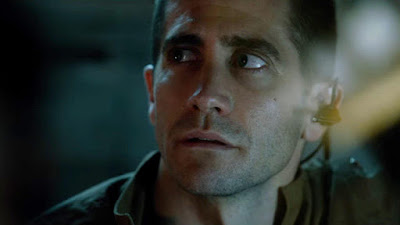 What do you think? Did you like the second trailer for Life? Are you looking forward to seeing the film? Leave your thoughts in the comments section below.