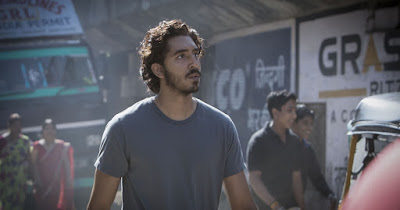 Before the Academy Award nominations came out, I didn't have a lot of interest in seeing Lion. I thought it looked good, but with so many films coming out this year, I thought it was one that I could skip. So even though it came to my theater, I passed on the opportunity to go see it. In hindsight, it was a poor decision on my part. Then the Oscar nominations came out, and it got six nominations, including Best Picture, Best Supporting Actor for Dev Patel, and Best Supporting Actress for Nicole Kidman. With so much buzz surrounding the film, I knew I had to check it out before the Oscars later this month. So with the film's return to theaters, I went to go check out Lion, excited. I figured it was going to be good, but I didn't really have any expectations for exactly how good. I figured it would be an enjoyable movie, and one I needed to see in order to have seen all the Best Picture nominees this year. So I went in with modest expectations, and I came out pleased. Lion is not the best film of 2016, but it is very much a heartwarming and enjoyable film.

Saroo (Dev Patel) is separated from his family in India as a young child, and is adopted by Australian parents (Nicole Kidman and David Wenham). But years later, Saroo is plagued with questions as to where he came from and who his true parents are. Using Google Earth, he tries to find his long-lost family in order to reconnect with them. 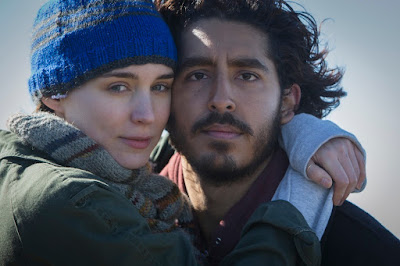 I was surprised with how much of this film focuses on the character of Saroo. I mean, he is the main character, so I figured he'd be the center of the movie. But I thought the film's actual focus would be of him searching for his family. Instead, it develops Saroo as a child, played beautifully by Sunny Pawar. We then transition into him as an adult, where the film then focuses on his relationship with Lucy (Rooney Mara). They had unbelievable chemistry, and I really bought into their relationship. It wasn't some stereotypical boy/girl thing, but it was a human and compelling dynamic that I thought stole the film. Saroo traveling to India to find his family is actually a small portion of the film. On paper, that sounds like it would be disappointing and anticlimactic, but is incredibly effective in the context of the movie. Director Garth Davis does a magnificent job helming this film, and really knew how to navigate it in order to make it work. Because of his foresight, we buy into the human character of Saroo, instead of the situation. We understand this character, and that's what really makes this film work.

After watching this film, I don't know if it was worthy of some of the Oscar nominations it got. Dev Patel was definitely Oscar worthy, but he was not a supporting actor. He was this film's lead. But had they considered him for Best Lead Actor, he never would've been nominated, with how stacked that category is this year. So instead, they stuck him in the Best Supporting Actor category. I hate that the Academy does that, because it feels like a pity nomination. I don't think Nicole Kidman should've been nominated. She was good, but I don't think she was that good. I honestly would've nominated Rooney Mara over her, and I don't think Mara even should've been nominated. I also wouldn't have nominated this for Best Picture. I would've nominated Patriots Day or Deadpool before it. This doesn't detract from it being a very good movie; it's just that I don't think it was good enough to warrant all the nominations it got, in my opinion. 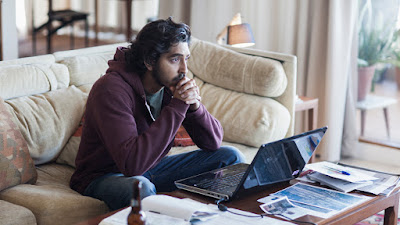 Overall, Lion is a very well made film. It spends most of the film developing Saroo as a character, whether as a kid or as an adult. This allows us to buy into him as a person, rather than just the situation he's in. Dev Patel shines in this movie, giving probably the best performance he's ever given. Rooney Mara was also great in the film. The chemistry between the two was electric, and it was probably my favorite part of the movie. While Nicole Kidman was good, I personally wouldn't have nominated her for Best Supporting Actress. I also wouldn't have nominated this for Best Picture. That doesn't take away from this being a heartbreaking story, and equally as heartwarming. I honestly teared up a little bit at the end, which I don't normally do with movies. So I guess that has to account for something. And if you're wondering why this movie is called "Lion", it's revealed at the end of the film in a very cool way. In the end, Lion is a very good film. It wouldn't crack my top ten of 2016, nor do I think it deserves all the Oscar attention it's getting, but it's without a doubt a very serviceable movie. 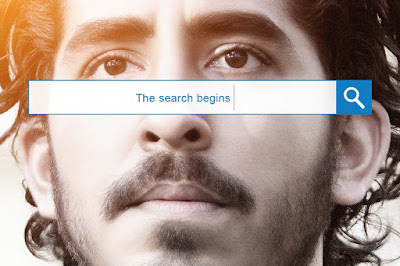 What do you think? Have you seen Lion? Did you like the film? Leave your (spoiler-free) thoughts in the comments section below.