In Preparation For: X-Men Origins: Wolverine 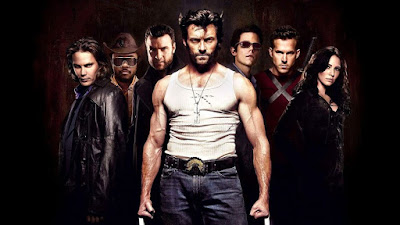 With Logan hitting theaters this weekend, I thought it would be a good opportunity to revisit some of Hugh Jackman's previous outings as the character. My first thought was to re-watch and review every single X-Men movie to date, but I quickly realized how time consuming that would be. Instead, I settled for watching the two prior stand-alone Wolverine movies. They may not necessarily tie into Logan, but they do show us this character's past, and will help us hopefully appreciate just how good this next movie will be. This review is for X-Men Origins: Wolverine, I will later post my review for The Wolverine. Warning: there will be spoilers for the film. So if you have not seen it yet, go check it out and then come back to this review.

After leaving the Weapon X program to pursue a normal life, Logan (Hugh Jackman) is roped back in when former members of the team begin dying at the hands of his brother, Victor (Liev Schriber), and Logan is the only one who can bring him down. 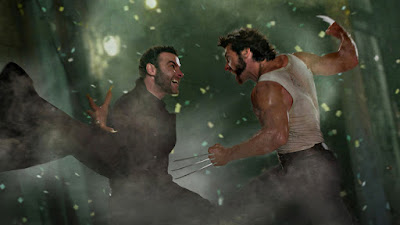 A lot of people have very strong opinions about this movie, but I don't think it's a terrible, piece of sh*t film. It is not a very good movie, but there are things that it does that were actually really well done. The relationship between Logan and Victor was captured beautifully. Schreiber was absolutely inspired casting. While I don't think the character was given as much to do as he should have, Schreiber never gave as a dull moment as the character. I'm sad that they haven't brought him back for more movies. With Origins, his and Jackman's back-and-forth was incredible to watch on screen. Don't forget, this movie also gave us Ryan Reynolds as Deadpool. Sure, they completely butchered the character, but if this movie hadn't f*cked up the character in the way it did, I don't know if we would have gotten the movie we got. All the sequences in the very beginning involving Weapon X as a task force was awesome. I love the scene of them all using their powers to break into that one building. That honestly should've been the entire film, making a mutant A-Team. That would've been a kick ass film. But those were some of the highlights of the film.

Other than those brief moments of greatness, the movie is a mess. Structurally, it doesn't make sense. Wolverine goes around to all these different places for no apparent reason other than to shoehorn in mutant cameos. There was no reason for the Blob (Kevin Durnad) to be in this movie. Or Gambit (Taylor Kitsch). Or Cyclops (Tim Pocock). Or Emma Frost (Tahyna MacManus). I could go on, but you get the point. I appreciate that they tried to incorporate these characters, but there were just too many, and none of them were used well. There are so many plot inconsistencies and conveniences that it was beginning to hurt my head. This movie really makes no sense. There is also some of the worst CGI I have ever seen in a big budgeted film. Wolverine's claws look like they were made for a Playstation 2 game. There is so much green screen in this movie, and it probably only works about 1% of the time. This film is just loaded with terrible visual effects. And even when they try to do something practical, like with the Blob, it doesn't even look good. 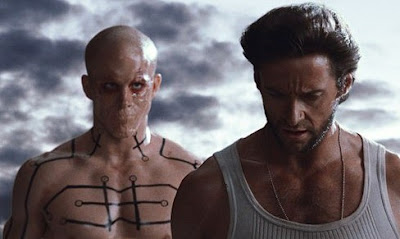 This movie also holds no value. By the end, when Wolverine loses his memory, this movie was made null and void. None of it matters because Wolverine can't remember any of it. In all honestly, this movie shouldn't have been made. Let Wolverine's past stay mysterious. We figured out the important parts of his past in X-Men and X2. We don't need to know anymore. They should've made a film that takes place in present day surrounding a Wolverine solo mission, like what The Wolverine did. If they were going to do a prequel, the movie should've taken place entirely surrounding the Weapon X task force. But this movie contradicted its own worth when they erased Wolverine's memory. And I won't even go into how stupid it was of how they tried to erase it. By the way, there are some really, really stupid things in this movie. I was actually having fun with my friends laughing at how bad some of the things were. Like when Wolverine calls Fred Dukes "bub", and he thinks he called him "blob". Yeah, I get that you were trying to reference his comic book name, but could there have been a worse way to do it? I don't think so. There's just so many stupid, awful things in this movie that make you scratch your head and wonder what the f*ck they were thinking when they were making this film.

Overall, X-Men Origins: Wolverine is a disappointing film for X-Men fans, though it isn't a complete waste of time. There are some great casting choices in this movie, including Liev Schreiber as Sabretooth and Ryan Reynolds as Deadpool. There is also a great dynamic between Logan and Victor established in the film. You see their rivalry and their relationship, and it was fantastic. The opening scene involving the Weapon X task force was great to watch. The film surprisingly also has a really good score. But that's where the positives end. The movie is an absolute mess. It doesn't make any sense. It is filled with contradictions and inconsistencies. They jam-packed the film with so many characters and cameos that none of them were used well, and most of them didn't even need to be in the movie. The CGI is also some of the worst I have ever seen in a big budget film. The movie also makes itself irrelevant at the end when Wolverine loses his memory, thus making the events of the film entirely meaningless. It's also just a very stupid movie that does a lot of stupid things. In the end, X-Men Origins: Wolverine is worth seeing for a few key things, but not much outside of that. 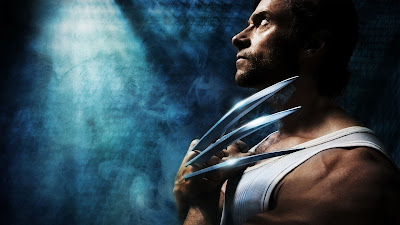 What do you think? Have you seen X-Men Origins: Wolverine? Did you like the film? Are you looking forward to Logan? Leave your thoughts in the comments section below.