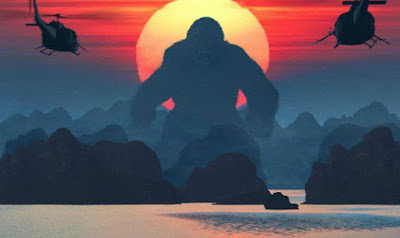 Ever since it was announced as simply "Skull Island", I've been excited to see Kong: Skull Island. While I wasn't overly thrilled by Godzilla, the idea of these two monsters going head-to-head is incredible, and it's something that I can't wait to see. The prospect of this shared MonsterVerse is really exciting. I was also a big fan of Peter Jackson's King Kong, and I just like the character overall. So I was really looking forward to seeing a new movie. While the movie currently holds a 79% on Rotten Tomatoes, the individual reviews have not been kind. So I lowered my expectations when I went in to see the movie. Maybe that helped me, because I really liked this movie a lot. Everyone else I know who has seen it was massively disappointed, but I wasn't. For me, Kong: Skull Island was a fun time at the movies that delivers on what you want from it-- entertaining monster fights and incredible visuals.

In 1973, a group of explorers and military personnel travel to the recently discovered Skull Island. There they find things they never expected to see, including the infamous King Kong. 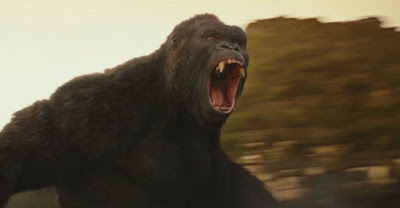 Does this movie have problems? Yes, it does. But for me, those problems didn't really take away from my enjoyment of the film. Maybe this movie will fall apart more upon a second viewing, but I had a lot of fun seeing this in IMAX 3D. I recommend definitely checking it out in that format. I went in wanting to see some awesome monster fights, good set-up for 2020's Godzilla vs. King Kong, some great visual effects, and just a fun time at the movies. And I got all of that. For people concerned about Kong in this movie... don't be. I was upset with how much screen time Godzilla got in his own movie, but Kong gets the right amount of time here. He's on just enough to satisfy fans, but is off screen enough to let other elements of the film shine. When Kong fights in this movie, it is absolutely incredible. I don't think there's anything in here that is as iconic as Kong versus the T-Rexes in King Kong, but the fights with the Skull Crawlers and the other creatures were amazing to watch. It was so fun and exhilarating. The visuals in this movie are also stunning. Sometimes, in a movie like this, they can be hit or miss, but they were brilliant here. While I prefer the design of the Jackson King Kong more, this one was serviceable, and works for what it needs to do. There is also some beautiful cinematography. There were shots in this movie that actually took my breath away, with the ingenuity of the shot and the brilliant use of slow motion. You usually don't get such good cinematography in blockbuster movies, and I appreciated the extra care and attention that went into making this film look good. The score and soundtrack was also great, and really set the mood.

One thing that Kong: Skull Island does really well is that it establishes the atmosphere. This island felt real to me, what with all the creatures and animals. It doesn't just feel like a bunch of sh*tty CGI; it felt like a real place. It's a compliment to say that, aside from the obvious, I couldn't tell what was CGI and what was a real location shot. For the most part, I thought the performances from all the actors were good. I had problems with their development, which I'll get into later, but the performances alone were good. Tom Hiddleston was fine as the lead, but I thought the supporting actors were better. Samuel L. Jackson was really good in this movie, and I really got behind his character. I was afraid from the trailers that John C. Reilly would get annoying, but he surprisingly worked for the movie. John Goodman had a couple of good scenes, but he didn't have as much of a presence in the film as I wanted him to. Toby Kebbell is a tremendous actor, but I thought his character was kind of wasted. And Brie Larson was utterly misused. They did practically nothing to further her character, or make her anything other than just a pretty face. That was disappointing, as I love her as an actress and I wanted to see her do more. 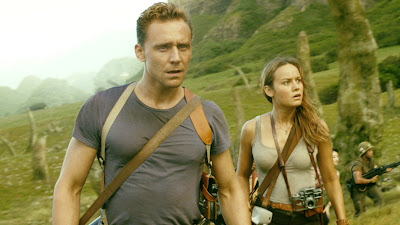 Are the characters fleshed out? Not really. I understood the motivation for Samuel L. Jackson, John Goodman, and John C. Reilly. But I knew practically nothing about Tom Hiddleston's character, or Brie Larson's. They had a couple of lines of exposition to give some depth to these characters, but it felt shallow. For me, it's all about what the movie gives me instead of the character development. If we're not going to get decent character development, then they sure as hell need to give me something great in place of it that. I cared more about seeing the island and watching Kong than I did the other characters, and I think they made the other (more important) elements of the film a priority. Had the action been just as weak as the characters, then I would have been upset. But because they delivered on what I wanted from the movie, then I was a lot more forgiving of the other shortcomings. The story also needed a little more development. I liked the overall premise, but I think there needed to be a little bit more drive and urgency throughout the movie. Look, I can understand how these things can really bother people. There have been movies where weak characters and a weak story has ruined the movie for me. But like I said, because this film delivered on the parts that I thought were more important, I was able to forgive the parts that maybe weren't the best.

Overall, Kong: Skull Island is a lot of fun, especially in IMAX 3D. It delivers on incredible action sequences and great visual effects. Kong is great in this movie, and the filmmakers righted the wrongs made with Godzilla. His action scenes are awesome to watch, and ultimately make the movie. The visual effects are fantastic, and I couldn't tell what was CGI and what was practical, in terms of the locations. The score and soundtrack are also really good. This film sets up an great atmosphere that really got me into the movie. However, the characters aren't very fleshed out or well developed. Still, I found all the performances to be pretty good. Samuel L. Jackson and John C. Reilly stood out as being highlights in the movie. The story is also a little weak, and needed a bit more drive to it. In the end, Kong: Skull Island has its shortcomings, but I was able to overlook them in favor of what I wanted from this movie, and it absolutely delivered on it! 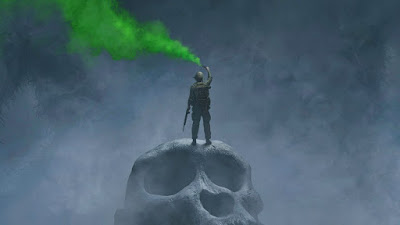 What do you think? Have you seen Kong: Skull Island? Did you like the film? Leave your (spoiler-free) thoughts in the comments section below.