In Preparation For: The Wolverine 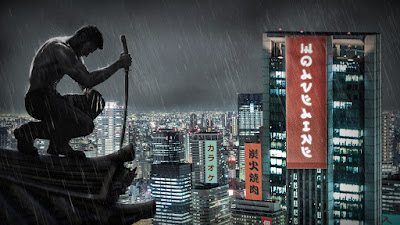 With Logan hitting theaters this weekend, I thought it would be a good opportunity to revisit some of Hugh Jackman's previous outings as the character. My first thought was to re-watch and review every single X-Men movie to date, but I quickly realized how time consuming that would be. Instead, I settled for watching the two prior stand-alone Wolverine movies. They may not necessarily tie into Logan, but they do show us this character's past, and will help us hopefully appreciate just how good this next movie will be. I already reviewed X-Men Origins: Wolverine, which you can read here. And this will be my review of The Wolverine. Warning: there will be spoilers for the film. So if you have not seen it yet, go check it out and then come back to this review.

After the events of X-Men: The Last Stand, Wolverine (Hugh Jackman) is living off on his own in isolation. But when a figure of his past comes to him, he finds himself in Japan protecting Mariko (Tao Okamoto) from deadly ninja assassins. 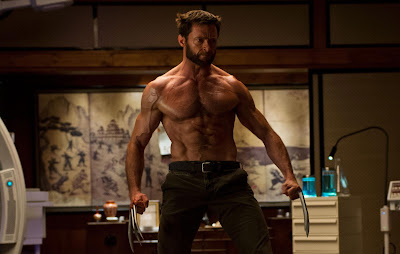 This isn't the first time I've talked about The Wolverine on this site. After I saw the Unrated Cut, I talked about my top five favorite moments from the film (which you can see here), as well as my problems with the movie (which you can read here). Even though I have talked about it before, I will still go into full details on my thoughts on the movie. This film is certainly better than X-Men Origins: Wolverine. I don't think it's a fantastic movie, but it's better than that. The Wolverine did a lot of things right, but not everything. I don't think people give this film enough credit for being as different from other comic book movies as it is. I appreciated its ambition, because it tried to give us a more character driven story rather than an action, superhero movie. In many ways, The Wolverine was really a stepping stone for Logan to become possible. It also takes place almost entirely in another country, which was a ballsy move for Fox to make. Sure, it would have great appeal in foreign markets, but would United States viewers still have interest? I think it's ridiculous that people would disregard a movie simply because it takes place in another country, or that it was made in another language, but there are people who think that way. So Fox took a lot of risks with this movie, and I don't think people give them credit for it. Was it as risky as Deadpool or Logan? No, but it was risky nonetheless.

While the action sequences are sparse, they are very good when they do happen. They're not nearly as good as Wolverine's action in say X2, but they serve their purpose. The funeral scene and the bullet train sequence both stand out as favorites. In the unrated cut, there's an excellent fight scene involving ninjas that was cut out of the theatrical version because it was too gory for a PG-13 rating. That was a nice treat to have when watching the unrated cut. I think at this point we kind of take Hugh Jackman for granted, but he gives another great performance as Wolverine in this film. Even if the movie he's in sucks (X-Men Origins: Wolverine), he's always good in it. That's the sign of a great actor, when they always gives 110%. I also liked how Wolverine wrestled with his demons, specifically in regards to Jean Grey (Famke Janssen). It was a detail that they easily could have left out, but I think it really enriched the film as a whole by having it in. It doesn't do much for the actual story at hand, but it gives more dimension and depth to Wolverine's character. It's also an attempt to keep some continuity between the films, which I believe is the first time the X-Men movies have ever tried to do that. 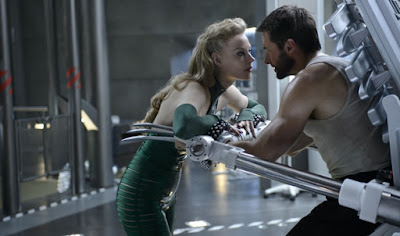 The film is really solid up until the last fifteen minutes. However, I don't think the movie as a whole was as compelling as it should have been. I enjoyed watching it, but I wasn't as invested as I should have been. I don't know exactly what it is about the film that's not engaging, but I should have cared more about what was going on. It doesn't have a lot of replay value. I've seen it three times now, and I don't really see myself watching it again anytime soon. Still, the movie is good. The character of Viper (Svetlana Khodchenkova) is where the film starts to go downhill. She is not developed at all, nor does she do much for the story. She takes away Wolverine's healing abilities, but that's about it. I understand that Viper was in the comic book arc that this film is based off, but they either should have used her better or they should have not used her at all. By the end, when she's shedding her skin and everything... it just has no place in this movie, and it's really cartoonish for an overall serious film. The ending involving the Silver Samurai and trying to extract Wolverine's healing factor was just ridiculous. They should have done away with the reveal of Yashida being alive, and just made Mariko's father wear adamantium armor and fight Wolverine. The movie is so small scale, that it makes no sense to jump to it being that big. It was a very poor ending, and it was unfortunate to see a good movie unravel in that fashion.

Overall, The Wolverine is a major step up from X-Men Origins: Wolverine, but it's not a fantastic film. It should be given credit for being such a different comic book movie. In retrospect, it's seemingly a stepping stone for Logan, as it's a small scale, character-driven drama. Fox took some risks setting the film almost entirely in Japan, and I'm glad that they took those risks. The problem is that this movie is not as compelling as it should be. I wasn't as emotionally invested in it like I should have been, and it kind of detaches you from the story. There are some great scenes and fun action sequences, but the action has been done better in movies like X2. Viper is a completely useless villain, and does very little to serve the story. The ending also unravels, with the giant CGI silver samurai and the ridiculous plot to extract Wolverine's healing factor. In the end, The Wolverine fixes a lot of Origins' mistakes, but it isn't a perfect Wolverine movie. Hopefully Logan will further improve upon The Wolverine, to give us the ultimate Wolverine film. 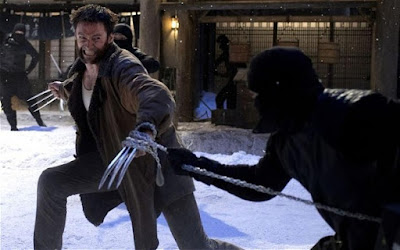 What do you think? Have you seen The Wolverine? Did you like the film? Are you looking forward to seeing Logan? Leave your thoughts in the comments section below.