**Normally, I try to mix the stories up with news about Marvel, DC, Star Wars, etc. However, there was so much important Marvel news that dropped, and not many stories about other things, that this will be an all-Marvel addition of Nerd Round-Up. Enjoy** 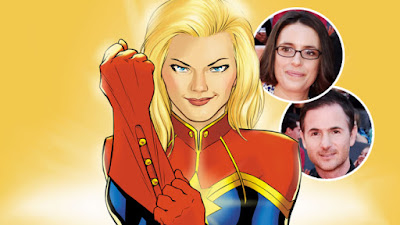 It has been confirmed that Mississippi Grind writer/directors Anna Boden and Ryan Fleck will be helming Captain Marvel. I was going to talk about this a couple days ago, when the news first broke, but I decided to wait until I had seen Mississippi Grind, so I could accurately talk about Boden and Fleck as filmmakers. I liked the film. I didn't think it was spectacular or anything, but it was good enough to keep me entertained. However, I hope that is not the case with Captain Marvel. I want it to be spectacular and incredible, especially with Brie Larson in the titular role. I will say that Mississippi Grind was a very character-driven film, and I hope that Boden and Fleck bring that aspect to Captain Marvel. Obviously, I want giant action set pieces and brilliant special effects, but the heart of the film should be the character of Carol Danvers, and I think Boden and Fleck can deliver on that. This also shows that Marvel isn't overly concerned with getting the flashy names. They instead go for talent. So it does excite me that Marvel is solely interested in who can tell the best story, and if Boden and Fleck won based on that alone, then I'm definitely intrigued to see what they do with Captain Marvel. 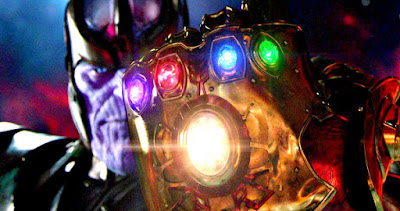 Ever since Avengers 3 and 4 were announced as Infinity War Part One and Two, the two films were going to be shot back-to-back. Even when it splintered into Avengers: Infinity War and Avengers 4, they were still going to be shot at the same time, in order to be released a year apart from each other. Now, however, that no longer seems to be the case. Kevin Feige has confirmed that the films aren't being shot simultaneously anymore, but rather one right after the other. If this sounds to be the same as being shot back-to-back, it's not. In the case of Peter Jackson with The Lord of the Rings, while the terminology is that he shot the movies back-to-back-to-back, they weren't shot one after the other. One day may have been shooting a scene for The Return of the King, and the next day may have been The Fellowship of the Ring. All three movies were shot at the same time, which is what we believed to be happening with Infinity War and Avengers 4. However, if they are shooting only Infinity War and then only Avengers 4, there's one big take-away from this... the films aren't as closely related as we thought. Since they were originally Infinity War Part One and Two, the thought was that these two movies would be closly tied together, even if they were no longer called "Part One" and "Part Two". But if they're not even using the same sets or anything like that, then we must be getting an entirely different story with Avengers 4 than what goes down in Infinity War. This will all probably make a lot more sense once we actually see what Infinity War has in store for us. 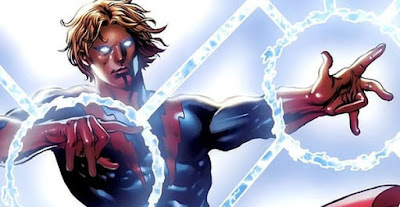 It has long been rumored that the comic book character of Adam Warlock will be introduced into the Marvel Cinematic Universe, since the character has such strong ties to the cosmic side of Marvel Comics. He's also very involved in the Infinity Gauntlet storyline, which is the basis for Avengers: Infinity War. But, up until now, we have had no official word on whether or not Adam Warlock would actually be joining the MCU. James Gunn has now confirmed that Warlock was originally supposed to be in Guardians of the Galaxy Vol. 2, but was cut in order to save his debut for a later Marvel movie. Kevin Feige confirmed this as well, and also added that Warlock will also not appear in Infinity War. First of all, this means that Adam Warlock is in fact coming to the MCU, which is not a big surprise at all. We've known he would be coming; the question was when. But I have to say, I am really surprised that Warlock won't be in Infinity War. Cutting him out of Vol. 2 is understandable, but I feel like Infinity War is the reason why you introduce the character in the first place. Look, I'm not Kevin Feige. I don't know what they have planned. From my outside perspective, it sounds strange to not have Adam Warlock in Infinity War. But, regardless, I am very excited to see the character pop up later down the line in the Marvel Cinematic Universe.

Super-Fan Oils Up THE ROCK On Set of BAYWATCH,
courtesy of Screen Junkies


Childhood Trauma- Movies/Shows That Terrified Me,
courtesy of Chris Stuckmann