This past week has been Star Wars Celebration, which is essentially Star Wars' own private comic con. All week there are panels for all the different movies, TV shows, video games, comic books, and more, each dropping their own exciting tidbits and news. One of the things fan flew out exclusively to see firsthand was the Star Wars Episode VIII: The Last Jedi trailer. We had yet to see anything from the film yet, so this was going to be a truly special moment. Fans have been speculating for months that LucasFilm was waiting to make their big marketing push for the film until Celebration this year. And when it was announced that there would indeed be a The Last Jedi panel, a trailer was all but set in stone. Leading up to the panel, Kathleen Kennedy even talked a bit what we could expect from the trailer. She said that it would feel like a full-length trailer, even if it was only a teaser. That was a good thing to hear, because after all this hype, I wanted a full trailer, rather than just some random shots and the title. And today was finally the day that we've been waiting for, ever since we got out of the theaters after Star Wars Episode VII: The Force Awakens. We now have the official first trailer for The Last Jedi.

And I was rather disappointed. Now, everyone is freaking out online, calling this the greatest thing ever, and it's not. Not at all. If this didn't have the name "Star Wars" attached to it, nobody would give a sh*t. It's essentially a collection of shots that really do not pertain to this specific movie. If you had told me that this was footage from The Force Awakens (minus the silhouette shot of Luke Skywalker [Mark Hamill] at the end), I would have absolutely believed you. This is pretty much the equivalent of the first The Force Awakens teaser we got, but there's a key difference. That teaser came out a year before the movie dropped, when it was understandable for it to be just a collection of shots and the title. It also was the first time we were seeing characters like Finn (John Boyega) and Rey (Daisy Ridley), so it was a spectacle to watch. But here, not only are we just seeing shots of all the same characters we already know, but this was promised by Kennedy to be a full trailer. This is dropping significantly closer to when the movie actually comes out, comparative to when the first The Force Awakens teaser did, and with Kennedy saying it would feel like a full trailer, I was expecting more than just a montage. And if there was actually anything in this teaser that gave us something to talk about, like Luke lighting up a lightsaber, then it would have been worth it. But this is just all stuff we've seen before, and everybody is losing their minds! If I had spent thousands of dollars to go to Star Wars Celebration specifically to see this trailer, and this is what I got, I would be very disappointed. Look, the movie is going to be awesome. I'm sure the other trailers are going to be great. But after all of this hype, and after everything this was built up to be, this trailer did not live up to expectations at all, and pretty much gave us nothing. I've seen it twice now, and aside from seeing trailers in the movie theater, I have no plans on seeing it again. And that's not what a Star Wars trailer should be at all. 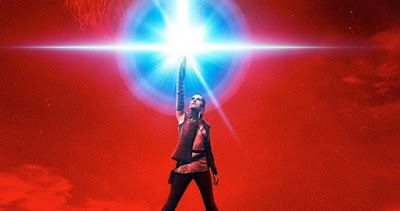 What do you think? Did you like the Star Wars Episode VIII: The Last Jedi trailer? Are you looking forward to seeing the film? Leave your thoughts in the comments section below.