In Preparation For: Prometheus 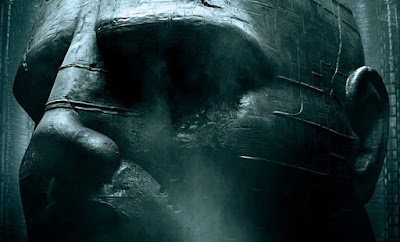 With Alien: Covenant coming out, I thought now would be a good time to revisit Prometheus. The 2012 Ridley Scott film was the first in a set of prequels leading up to Alien, however, we didn't know there would be multiple films at the time. Many walked in expecting Prometheus to perfectly lead into Alien, which it of course didn't. When I watched it the first time, I definitely enjoyed it. However, not many people liked it. It was pretty universally bashed, and even hated by many, mainly because of the reason I mentioned before: it didn't really do what it was marketed to do. It asked more questions than it answered. I didn't necessarily agree with all the criticism it was getting. I didn't think it was a perfect movie, but I didn't think it was this complete and utter train wreak either. With subsequent viewings, however, I have begun to like it less and less. So I wanted to re-watch it, in preparation for Covenant, for my official thoughts on the film. This review will contain spoilers. So if you haven't seen the movie yet, go check it out, and then come back to this review after.

After believing to have found proof of a master race called the Engineers, who created human life, Elizabeth Shaw (Noomi Rapace) leads an expedition to a distant planet in search of their creators. However, after landing and investigating the planet, they quickly learn things aren't quite right. 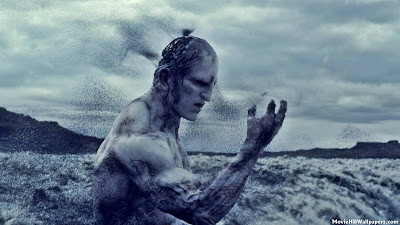 Before I dive into my criticisms with the movie, let me first talk about the positives. It's a gorgeous looking film. Everything from the art design to the color palette to the cinematography is immaculate. You can tell that a lot of time and energy was put into creating this movie, and I completely respect that. None of my problems stem from the visuals. It all looked fantastic. And I did really like the set-up. Everything leading up to them landing on the planet and beginning to investigate was really good. It was an adequate enough time for us to get into the story, and I thought it was really promising up until that point. There are also good performances to be had in this film. While the dialogue they were given wasn't necessarily the best, I thought the actors did a good job within their roles. Noomi Rapace was a really solid role. Michael Fassbender was great as the android in this movie. While Idris Elba only had a minor role, I thought he was good for what he had to do. I did think Charlize Theron and Logan Marshall-Green over-acted a bit, but it wasn't too the point where it was unbearable. And Guy Pearce had no business being in this movie.

I guess that's a good segway into the negatives. This movie makes no f*cking sense! That's a bit of an exaggeration, but it is incredibly convoluted. It's to the point where you just kind of give up, because the connection between all the points is razor thin. For starters, this is a prequel to Alien, and yet everyone in this movie has technology that's a billion times better and further ahead than the technology in Alien. I know Ridley Scott has a fancy little thing called CGI now, but he has to keep it somewhat realistic. What, does mankind suddenly lose all this fancy technology by the time Alien roles around? I was watching this movie thinking "Wow, that gadget sure would've helped Ripley (Sigourney Weaver) out." Look, I do like this movie more than Alien 3 and Alien: Resurrection, but it pales in comparison to the genius behind Alien and Aliens. It doesn't have the suspenseful slow burn of the first film, or the crazy fun time of the second. Instead, we get this really slow-paced movie that doesn't amount to really anything. Things start to happen, but there's no discernible reason for them to happen other than to just have something happen in the movie. They don't further the Alien mythology. They don't further the characters. You just have things happen, like a brilliant scientist trying to pet an alien snake like it's his f*cking pet cat or some sh*t. Or a giant f*cking facehugger appearing out of nowhere. None of this furthers anything. It just happens. 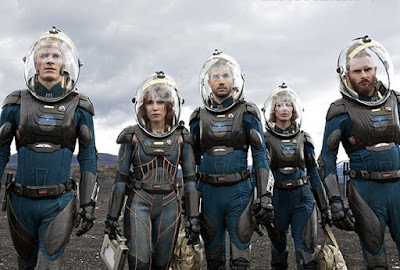 I think another fault of this film is that there's no clear antagonist. You do have Charlize Theron, who is the person secretly working for Weyland-Yutani. But, by the end of the second act, we learn that she's going against Peter Weyland's (Guy Pearce) wishes, and has an agenda of her own. But we never learn what that agenda is. You could consider Weyland an antagonist, only he's not in the movie nearly enough to be able to attach to him as a villain. He's just an old man wanting to stay alive. And on a side note, why the f*ck do you cast Guy Pearce for that role? You literally had a thousand older men you could have cast. The makeup looked great, but you could tell it was makeup. There's no reason to have Pearce play an old man when you could just cast an old man. Anyways, you would think the Engineers are the villains, but they're all dead! And the only Xenomorph that shows up is at the end. So to compensate for a lack of an antagonist, you have a bunch of random sh*t happen, like Sean Harris' character mutating. It stems from the lack of an antagonist. There's also a lot of cringe-worthy dialogue. "I like rocks. I love rocks!" is certainly a classic. And characters also make a lot of really f*cking stupid decisions. Like how when a giant f*cking thing is falling right on top of you, you don't think to run to the side? You just keep running straight ahead until you're crushed? Great. Good for you, pal.

Overall, Prometheus isn't the worst Alien movie, but it certainly is not the best. It's hard to call it an Alien film, but it is set in the same universe. The film looks gorgeous, with all the visual elements of it being spectacular. The performances, for the most part, are also good. It also has solid set-up. It's definitely better than Alien 3 and Alien: Resurrection, I will say that. But, the movie just becomes this really dull thing that's utterly lacking. It doesn't further the mythology in any kind of clear way. It doesn't have an antagonist. So things just happen that don't seem to really have any kind of purpose. There is some terrible dialogue, and characters make a lot of stupid decisions. Those are the things that this movie lost me on. If I were to re-write Prometheus, I would have had the exact same set-up. They go the planet. However, when they see that the Engineers are wiped out, they realize it was the Xenomorphs, and that they've been hibernating in the ship the whole time. The humans being there wakes them up, and terror ensues. That would have established where the Xenomorphs came from, had a direct tie-in to Alien, and would have been enough of an Alien movie to satisfy fans. Unfortunately, that's not the route Ridley Scott went. From the trailers, it looks like Scott is course-correcting with Alien: Covenant, and I'm really looking forward to see what he does with that film. However, it won't fix the mistakes he made with Prometheus. 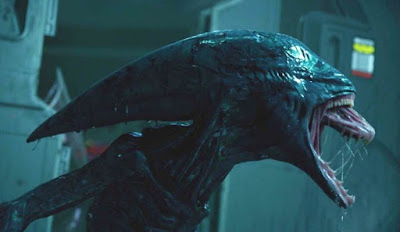 What do you think? Did you like Prometheus? Are you looking forward to seeing Alien: Covenant? Leave your thoughts in the comments section below.