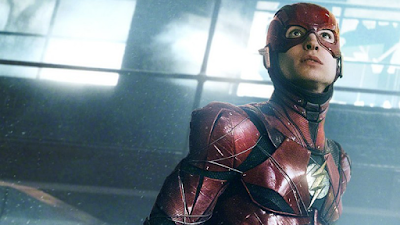 You could say that DC's The Flash movie has been going through development hell. It all began with Phil Lord and Chris Miller, who were attached as producers and set to direct. They then left to do the Han Solo movie. Then, writer Seth Grahame-Smith came on to make his directorial debut, but left as well, due to creative differences. Dope director Rick Famuyiwa then came on the project, but also left because of creative differences. Since then, The Flash has just been sitting there, as DC has focused their attention on Wonder Woman and Justice League. We heard rumors that Back to the Future director Robert Zemeckis was being considered, which we talked about in an installment of Nerd Round-Up (you can read that here). I thought Zemeckis would be a perfect director for something like The Flash. If he could bring the same level of entertainment and fun to this movie that he brought to Back to the Future, then I think we could have a really special film on our hands. And of all of DC's characters, the Flash is really the one most deserving of a fun, light-hearted tone. You can certainly keep Batman dark and gritty, but having a dark and brooding Flash just doesn't make a lot of sense. And for the tone and kind of movie I'm imagining, Zemeckis would be a perfect fit. But since those initial rumblings, we haven't heard anything more... until now.

DC has revealed a director shortlist that they have for The Flash, which includes Robert Zemeckis, Matthew Vaughn, and Sam Raimi, with Zemeckis being the front runner. More news has since dropped, stating that Marc Webb was also being considered, but he and Raimi ultimately passed. Also, Billy Crudup, who had been cast to play Barry Allen's (Ezra Miller) father has left the film. 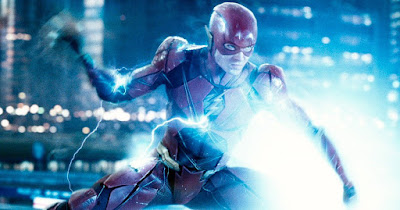 There's a lot to unpack here, so let's start with the initial director shortlist. Like I said before, I think Zemeckis would be perfect for this movie, so he is my first choice. It's really funny that they have Vaughn on the list because, back when Vaughn was being rumored to direct Man of Steel 2, I said I saw him as a better fit for The Flash. That was before Zemeckis' name was thrown into the mix. If they came out and said Matthew Vaughn was directing a Flash movie, I would be thrilled. But if it's between him and Zemeckis, I ultimately go Zemeckis. Now, Sam Raimi is an interesting name. He ended up passing on it, but I think seeing the names Zemeckis, Vaughn, and Raimi together gives us a strong idea of what kind of movie they're going for. All of these directors are known for fun, entertaining, bombastic films. There isn't a name on this list that gives me reason to believe that they were planning on having a dark and serious Flash movie. Maybe that was their plan back when Famuyiwa was attached. But seeing this shortlist now gives me confidence that they are indeed going for a fun, light-hearted tone, which I believe is the right choice. Now, Raimi passed, which is fine by me because he wouldn't been my last choice between the three of them. However, it was also revealed that Marc Webb was in consideration, but then passed. I'm sure Webb is a fine director, but I still haven't forgiven him for the train wreck that was The Amazing Spider-Man 2. So now that Raimi and Webb are out of the picture, I'm hopeful that Zemeckis lands it. And it's encouraging to hear that he is indeed the front runner for the director's chair.

Now, it also dropped that Billy Crudup has left The Flash. Not only was Crudup set to play Henry Allen in The Flash, but he already filmed scenes as the character for Justice League. He was even in the last trailer that dropped! So what does this mean? Well, we know that Justice League is currently undergoing reshoots. It's simply regular, ordinary reshoots, so it's really nothing to worry about. But I'm sure one of the things they're fixing is Henry Allen's role in the film. Now, I don't think Crudup had a huge part in the movie. The scene in the Justice League trailer he was in was of him in prison, talking to Ezra Miller. I do think that was his only scene in the film. So if they have to recast him and re-film that scene, or just take him out of the movie entirely, it will be relatively easy to do so. But if Crudup is officially out of The Flash, then I am 100% positive he will not still be in Justice League. What I'm curious about is how Crudup could just up and leave like that? He must have been under contract, and probably had a multi-film deal. That's just standard business now for these kinds of movies. So, assuming Crudup did have a three picture deal or something along those lines, how could he just opt out of The Flash like that? Wouldn't DC simply tell him "no", and that he's legally obligated to do it? If Crudup wasn't under contract, then that was incredibly stupid of DC. But if he was, and DC just allowed Crudup to leave, then something must've been seriously wrong that things were so bad that DC would allow Crudup to leave a mess like this for them to clean up. It just doesn't add up. Maybe we'll learn more later down the line, but right now it's just puzzling.

Entertainment Weekly, who had broken the story of Billy Crudup leaving The Flash, has since recanted their statement. Sources close to Crudup have also said that he is still very much apart of Justice League and The Flash. 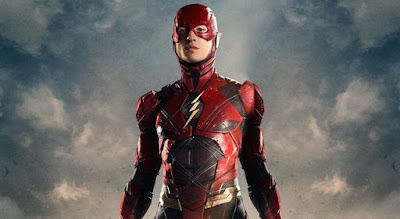 What do you think? Do you like the director shortlist for The Flash? Who would be your first pick to direct the film? What do you think about Billy Crudup leaving the project? Are you looking forward to seeing the movie? Leave your thoughts in the comments section below.