Anyone who has read this site for a while knows how big of an Andy Serkis fan I am. Whether it's his motion capture performances in The Lord of the Rings or Planet of the Apes, or his supporting roles in movies like The Prestige, I believe Serkis is one of the most underrated actors working today. He gives Oscar-caliber performances in most of his movies, and I never thought he was more robbed of a nomination than with Rise of the Planet of the Apes. What he was able to do with just his body motions, speaking no more than a couple of words, was just incredible. The level of emotion he was able to convey was staggering. He was just absolutely brilliant in that movie. For a while, Serkis has been talking about getting into the directing game. He worked as the Second Unit Director on Peter Jackson's The Hobbit trilogy, and certainly picked up a lot from there. He then talked about making his debut with big-budgeted, motion capture-led spectacles, with Animal Farm and Jungle Book. But Animal Farm was never really mentioned again after it was first announced, and Jungle Book was put on hold after the massive success of the last year's Jon Favreau-helmed Disney adaptation. In the meantime, Serkis has been working on a small dramatic biopic, called Breathe. I've been excited for this ever since I first heard about it, because I want to see what Serkis is capable of as a director. I think it makes the most sense for him to do a smaller film like this, before going on to do something as big as Animal Farm or Jungle Book would be. And now we have our first trailer for Andy Serkis' directorial debut.

I think this movie looks great! I don't think it'll be up for any Academy Awards or anything like that, but I think it will be a great little film that sadly gets overlooked at the end of the year. Just from the trailer alone, I can tell Serkis has a strong command over the camera. He clearly learned a lot from working with Peter Jackson, but I think he also has his own style. I'm not sure if this is really the right avenue for Serkis to show off all the ability he has as a director, but I think it will be a great taste of his potential. Andrew Garfield looks great in this trailer. He truly won me as an actor after I saw him in Hacksaw Ridge, which I hold to be my favorite film of last year. So anything he's in immediately catches my attention. The story itself feels very much like The Theory of Everything, as well as the tone and some of the cinematic tropes. I'm hopeful that Serkis is able to navigate away from being too much like that movie, or any other movie within a similar vein. My fear is, with him making his directorial debut with Breathe, that this will fall into classic movie cliches and will have a rather formulaic story, instead of being something more overly profound. It is a possibility, but I think Serkis is a smart enough guy to work his way around that. Overall, I think Breathe has a lot of potential, and I can't wait to see what Serkis does when he is solely behind the camera. 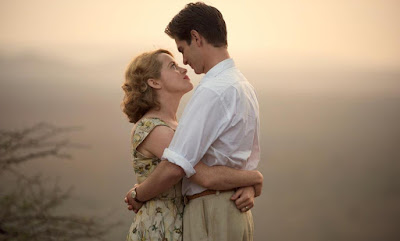 What do you think? Did you like the trailer for Breathe? Are you looking forward to seeing the film? Leave your thoughts in the comments section below.