The Book of Henry SPOILER-FREE Review 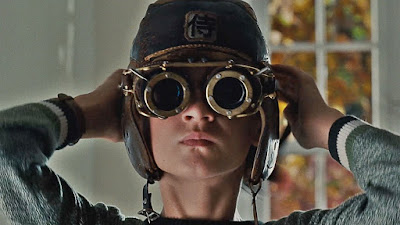 I've been kind of mixed on my anticipation for The Book of Henry. On one side, director Colin Trevorrow is helming Star Wars Episode IX, and I wanted to see his latest feature. I really liked Jurassic World, and I'm probably more in the minority in that regard. I found it incredible imaginative and creative, and had really great direction. And after a director makes it big, it's rare that they're able to go back to telling a smaller and more contained story. Just look at Christopher Nolan. So the fact that Trevorrow could make Jurassic World, which went on to be the fourth biggest film of all time, and then do a smaller movie like The Book of Henry before going off to do a Star Wars movie, is really amazing, actually. I didn't see this movie when it first opened, obviously, so I subsequently witnessed critics and fans destroy the film. It currently has a 22% on Rotten Tomatoes, with petitions even to remove Trevorrow as the director of Episode IX. So I went to go see this movie for myself, so that I could have an opinion. This isn't a great film, but the direction is not the problem whatsoever. If anything, the direction actually saves this film, and turns an okay script into a pretty good movie.

A boy-genius (Jaeden Lieberher) is thrown into a predicament when his neighbor (Maddie Ziegler) becomes the victim of abuse by her stepfather (Dean Norris). 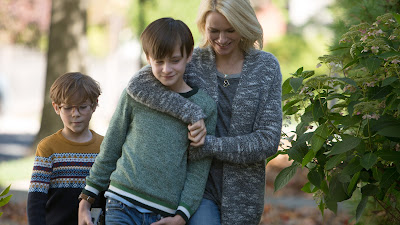 I thought the direction of Jurassic World was one of that film's best elements, and I have to say the same here for The Book of Henry. It suffers from a lackluster script, which I'll talk more about later, but Trevorrow does as good as he can to make this the best movie possible. All the performances are really good. Naomi Watts was great in her role as the mother. The character may not have been the best, but she gave a really solid performance. Jaeden Lieberher was also really good as the lead. And I thought Jacob Tremblay once again showed the acting chops he displayed before in Room. He wasn't nearly as good in this as he was in that movie; I thought he was honestly robbed of an Oscar nomination for Room. But here, he's really good. I think he has a long and robust career ahead of him. Sarah Silverman has a small role in this movie, but I thought she worked well as the semi-comedic relief. All the visual elements in this film really work. Trevorrow truly adapts a show-not-tell mentality when he can. He makes creative decisions to have revelations in other characters eyes be withheld from the audience, and I think it works to create a mystery surrounding the film. He also strictly follows a few character's points of view, and even when the action happens outside of them, we never leave their perspectives. This really helps reinforce the movie's themes of an outsider looking in on domestic and child abuse.

Where this film ultimately falters, and what keeps it from being truly fantastic and profound, is its screenplay, written by Gregg Hurwitz. It has an incredibly rushed narrative. Crucial plot elements happen way too quickly and feel contrived, instead of being an organic decision by the characters. There are also plot details that don't make sense, in terms of what we know about the characters and just the reality of the situation. This movie is certainly established to be set in the real world, and yet things happen that feel outside of that. Things happen that don't feel like they would ever happen within the real world. Characters come to conclusions that don't have any basis within what was already established concerning their characters, and ultimately go against what we already know their characters to be. Naomi Watts gives a very good performance, but her character doesn't feel real. I don't think I could go out into the world and find a person like Susan Carpenter. She has real and relateable elements about her, but her character says and does things that don't feel natural. And thus, it's hard to buy into her as a character, and relate to her. This isn't just her; this is most of the characters in the film. Because of all of this, it's hard to get into the movie as a whole, because the characters don't feel real in a real world setting. 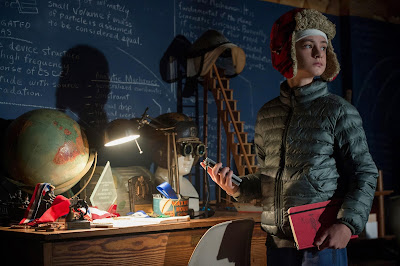 Ultimately, when I look at this movie, I see an okay screenplay that needed work. The narrative isn't very well fleshed out. The characters aren't realized in the way they should be, and they don't exactly act like real people. There are characters that don't necessarily have a reason for even being in there, such as Lee Pace's character. There are excellent moments and great ideas in the script, but the screenplay doesn't come together as a whole in the way it should. But I also see a great director, Trevorrow, who recognizes that, and tries to make the best film he possibly can. The performances are all really good, which is Trevorrow's department. This was especially imperative with Lieberher and Tremblay. If the main kids don't work, then the movie as a whole wouldn't work whatsoever. Just look at The 9th Life of Louis Drax. And while maybe their characters weren't realized the best they could have been, Lieberher and Tremblay give great performances, under Trevorrow's direction. The visual elements all come together, and certain creative decisions work to create a strong atmosphere. Trevorrow establishes clear atmosphere that helps add continuity and fluidity to an uneven script, and he clearly gave his all to salvage this movie. And I think it did help save this film. In the hands of a less-capable director, The Book of Henry would have ranged from being just okay to kind of bad. But under Trevorrow's direction, The Book of Henry is a good movie. It was never going to be great, due to a half-baked script, but Trevorrow does everything in his power to save this movie, and he does. The petitions to remove Trevorrow from Episode IX make no sense, because it's his ability as a director that makes The Book of Henry as good as it is. In the end, The Book of Henry is a messy script saved by great direction, and should be a sign to everyone about the ability Trevorrow has as a director. 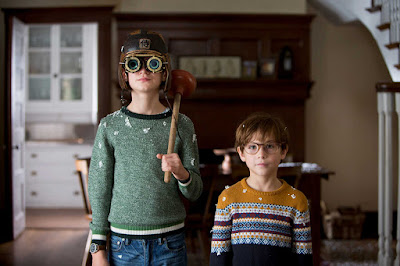 What do you think? Have you seen The Book of Henry? Did you like the film? Leave your (spoiler-free) thoughts in the comments section below.