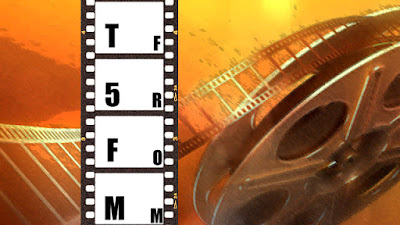 This is the twelfth installment of this editorial series, where I basically take a movie and pick my personal five favorite scenes from that movie. I'll talk about and analyse these scenes, dissecting them to figure out what exactly makes them so great and why they work so well in the context of the film. Sometimes we get so wrapped up in hype behind movies-- are the characters developed enough, how was the score, how does it fit into the larger universe-- that we forget to appreciate smaller things, such as an individual scene that can strike you in a certain way. After I've said my piece, please feel free to go into the comments section and say why you either agree or disagree with me. So after seeing Alien: Covenant (which you can read our review for here), I thought I'd talk about Alien and Aliens. We already talked about Alien, which you can read here. Warning- there will be spoilers!

(Make sure to check out our other "Top 5 Favorite Moments From" for The Dark Knight Rises, The Matrix, Rise of the Planet of the Apes, The Avengers, The Shawshank Redemption, The Wolverine, Swingers, One Flew Over the Cuckoo's Nest, Straight Outta Compton, Star Wars Episode IV: A New Hope, and Alien- all right here) 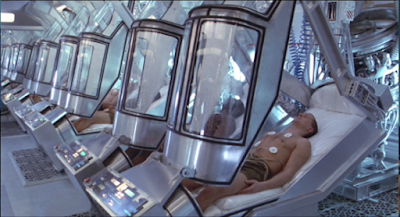 When the crew all wake up from hypersleep, they are simply sitting around eating breakfast. But this is one of the best scenes in the movie, because of the dialogue James Cameron crafts. "Alright sweethearts, what are you waiting for? Breakfast in bed?". "Hey Vasquez, have you ever been mistaken for a man?", "No, have you?". It's the banter and the dialogue that really sells us on these characters. They could have easily been faceless, expendable soldiers. They could've just been people for the aliens to simply rip apart. But Cameron does a brilliant job in making these soldiers people. And Cameron does what few writers can actually do well; create characters solely through dialogue. Most times when characters are defined through their dialogue, it's through bland and pointless exposition. But Cameron creates such unique, fun, and memorable dialogue for every character, that you become attached to them. You don't know the details of Hudson's (Bill Paxton) life, but you understand him as a character because of his brilliant dialogue and Paxton's excellent performance. All the characters riff on each other, and through that you get a great sense of comradery. But it's also their relaxed nature that makes you fearful, because you know what the Xenomorphs are capable of. You know they're ultimately going to regret being so casual. 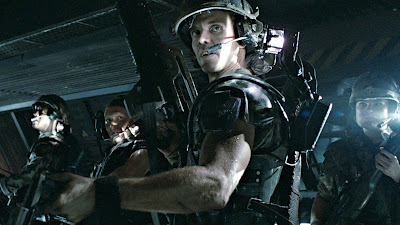 In their first encounter with the aliens, the "ultimate team of badasses", as Hudson so lovingly coins them, is torn to shreds! The entire movie up to this point has been dedicated to setting these people up as the best of the best. They're overly confident. They're armed to the teeth. You think there's nothing that they can't do. But after five minutes with the Xenomorphs, most of them are dead, and the ones left alive are sh*tting their pants! And we don't see a ton of the battle. Later on we'll get to see the soldiers battling the aliens in all their glory. But most of this sequence is shown through shaky head cams and audio being heard by Burke (Paul Reiser), Ripley (Sigourney Weaver), and Apone (Al Matthews). This works to give us an absolute sense of horror about what's going on. Later, we'll get the fun action sequences, where we can enjoy the team ripping the aliens apart. But here, it's all about the terror of what is happening. It's about shattering the soldiers' confidences, and showing that the aliens are not something to mess with. It's about building the mission as a task not as easy as the team had originally thought it to be, and that sets the mood for the entire movie. All of the previous build-up leads into this moment, and it really helps define the rest of the film. 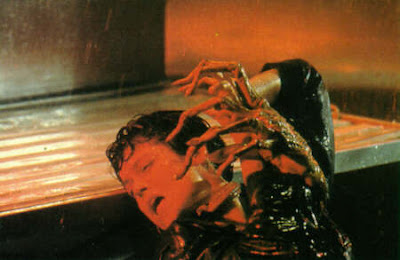 After taking a nap with Newt (Carrie Henn) in the medlab, Ripley awakes to find the preserved facehuggers missing. Her gun is gone, and the doors are locked! In a telling moment, we see Burke ignoring Ripley and Newt's pleas on the security camera. But, ever the badass, Ripley sets off the fire alarm and just barely fights off the facehuggers long enough until Hudson, Hicks (Michael Biehn), and Vasquez (Jenette Goldstein) can rush to the rescue. This scene does a couple of things. Not only is it just an incredibly suspenseful scene, but it tells us a lot about the characters. We already knew Burke was despicable, but this scene shows just what lengths he will go to in order to fulfill his own agenda. It reveals him as more than just shady; he's the villain of the movie! It also shows us how capable Ripley is. She is left with no gun and no resources, and yet she is able to fight off not one, but two facehuggers. But it isn't a forced female-empowerment scene where she unrealistically defeats the two. No, it's a struggle. But she ultimately comes out on top because of how skilled she is. It's a really great scene that does more than just give us a good scare. 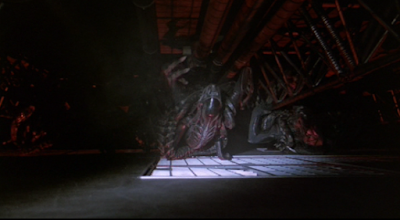 This probably one of the more terrifying moments in the movie. The soldiers are hiding out in their base. The gun turrets are out of ammo, and the motion trackers are reading dozens of aliens. They keep on coming, and yet there's no sight of them! Then, they slowly look in the ceiling panels, and it is filled with aliens! Wall to wall. This results in an epic battle, probably the most intense one of the whole movie. First of all, the set-up is brilliant. While Alien did have the motion tracker in it, it was Aliens that utilized it in the most terrifying way possible. Cameron did a brilliant job throughout the entire movie finding ways to scare us without showing the aliens. Instead of showing us hundreds of aliens throughout the whole film, he uses innovative ways for us to imagine their numbers, such as with the turrets or the motion tracker. In our heads, we imagine hundreds of aliens, without seeing a single one! It's brilliant. So having them creep further and further towards the room, without seeing any of them, is terrifying! Then you get an incredibly brief shot of tons of aliens, enough to justify the amount you had imagined. And that's just the set-up! The battle itself is incredible. Before, when the soldiers fought the aliens, it was a bloodbath. The soldiers were torn apart. It was a horror movie. Here, however, it's an action film, and you can enjoy the action. Both parts of this scene are equally well done, and make it one of the most memorable in the movie.

Dead Daughter: In a scene that was cut from the theatrical edition, but put in the special edition, Burke tells Ripley that her daughter passed away. It's an emotionally raw scene for Ripley, showcasing not only Weaver's acting abilities, but also helps further build her character.
"Game Over, Man!": After their rescue ship blows up, Bill Paxton delivers a famous monologue, ending with one of the best improvised lines. It perfectly captures the mood, and really helps define Hudson as a character.
Turrets: While hiding out from the aliens, the remaining soldiers set up gun turrets in the halls. You never see the aliens; just the number of bullets draining from the guns. It's moments like this that Cameron is able to brilliant build suspense without showing a single monster!
Air Vents: While escaping the aliens, the soldiers travel through the air vents, following Newt's lead. Not only does this scene create an intense feeling of claustrophobia, but it's perfectly suspenseful, and gives some great action moments. 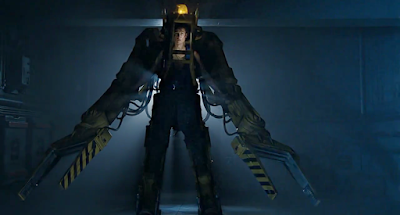 Ripley was a badass long before this scene, but it was here that her badass status was officially cemented. After everything that happens in the movie, after Newt's endangerment, after Bishop (Lance Henriksen) was torn apart, Ripley stands in the Power Loader, facing the alien Queen, and yells "Get away from her, you bitch!" It is an absolutely kickass moment! Then, Ripley faces off with the Queen, and it is intense as all hell! You have no idea where it's going to go. Ultimately, Ripley throws the Queen out the airlock, mirroring the ending of Alien, and she settles down with Newt in hypersleep. But this line Ripley has is by far the best one in the entire movie. "Game over, man, game over!" and "They mostly come at night, mostly" are close runner-ups, but this one by far takes the cake. And seeing Ripley and Queen clash like this is just fantastic! In Alien, Ripley can't exactly fight the Xenomorph head-on, so she has to outsmart it instead. It's still satisfying, but not nearly as satisfying as seen Ripley actually go toe-to-toe with the Queen herself. It's a battle of mothers, and it's easily the best and most exciting scene in the entire movie. 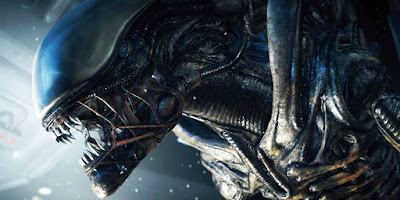 What do you think? Do you agree with my picks for the best scenes in Aliens? Which would you have picked instead? Are you planning on seeing Alien: Covenant? Leave your thoughts in the comments section below.