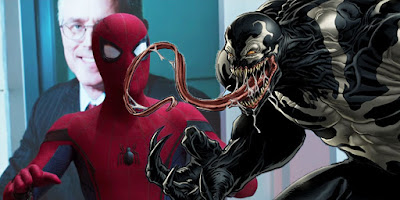 After Spider-Man was announced to be joining the Marvel Cinematic Universe, to be split by Marvel and Sony, Tom Holland was cast to play the character. He first showed up in last year's Captain America: Civil War, and will make his solo debut next month, in Spider-Man: Homecoming. Shortly after, Sony announced they were making their own cinematic universe of Spider-Man characters, just minus Spider-Man. They announced plans to do an R-rated Venom, as well as a Silver Sable/Black Cat movie. Later, Tom Hardy was cast to play Venom, with Zombieland director Ruben Fleischer helming it. You can read more about that here. The Silver Sable/Black Cat movie was then retitled Silver and Black, with Gina Prince-Bythewood directing (you can read that full story here). With all of this active development on a separate side universe, it seemed like Sony was simply trying to get by while they shared the profits of these new Spider-Man movies with Marvel. But it didn't seem like Venom or Silver and Black really had anything to do with the MCU, or the Tom Holland Spider-Man. That is, until now.

Former Sony head Amy Pascal and Marvel Studios President Kevin Feige have both confirmed that Venom and Silver and Black, as well as future installments, will be part of the Marvel Cinematic Universe, and Tom Holland could potentially appear in them as Spider-Man. 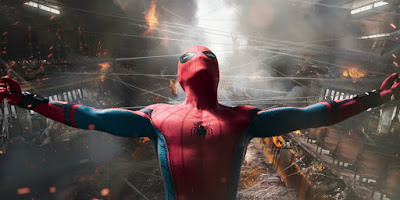 First of all, I think this makes a lot of sense. While I was interested to see what Sony would do with these movies, I don't think there was a way to have a sustainable and thriving cinematic universe of Spider-Man villains without Spider-Man. Venom as a solo movie could have worked, but you couldn't do an entire cinematic universe revolving around that one concept. So having these movies be apart of the MCU, and including Tom Holland, just makes sense in the long run. Now, this raises a few questions. When Venom was first announced, it was pitched as having a hard R rating. I don't know if you've watched a Marvel movie anytime soon, but they don't have R ratings. Now, Feige did say recently that he would be open to making R-rated Marvel movies, but it wouldn't be anytime soon. So if Venom is in the same continuity as Iron Man and Guardians of the Galaxy, then having it be a hard R would be a drastic tone change. Now, the Netflix series such as Daredevil and Jessica Jones are technically part of the MCU, but they barely have anything to do with it. They simply make a reference to the movies once in a blue moon, and have more R-rated storylines. So if Venom (and Silver and Black) followed the same technique in being loosely connected to the overall Marvel Cinematic Universe, but are still connected in theory, then having an R rating wouldn't feel as weird. But if you're having a PG-13 Tom Holland Spider-Man pop up in a hard R Venom movie, then that would feel strange. Similarly to having an R-rated Deadpool appear in a PG-13 X-Men movie. There's a way to do it, but it's certainly difficult to do.

This also has some larger implications as to Sony and Marvel's contract. Currently, their deal runs out after the Spider-Man: Homecoming sequel. I previously assumed Venom and Silver and Black served as a fail-safe for Sony, should they decide to terminate their deal with Marvel. But if these movies will now connect to the Marvel Cinematic Universe, then they must have concrete plans to continue their deal. It would be stupid of them to do these movies within the MCU, and then scrap the deal a couple years down the line. Either they have already signed a new deal, or they have finalized their plans to work together for several more years. And, on a side note, I think this announcement all but confirms that the symbiote will appear in some capacity in Avengers: Infinity War. Whether Spider-Man wears it or he just finds it, the symbiote will appear in Infinity War, so that it can be used in Venom later that year. Back when we thought Venom was separate from the MCU, it didn't make sense for the symbiote to be in Infinity War. But now that they're connected, I think it's all but confirmed. I would be shocked if they didn't do it, because it would be the perfect way to introduce the idea of the symbiote and set up Venom in a more low key way. I also think there's a possibility Tom Hardy has a cameo as Eddie Brock in Homecoming. I don't think it's nearly as definite as the symbiote being in Infinity War, but I think there's a strong chance it does end up happening. I guess we'll just have to wait a couple more weeks in order to find out. 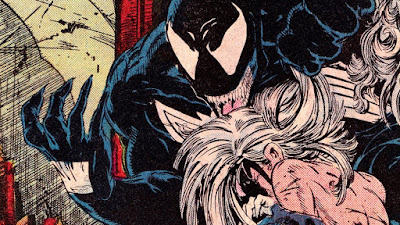 What do you think? Are you glad Venom and Silver and Black will be part of the Marvel Cinematic Universe? What do you think this means for the spin-offs? Have Sony and Marvel updated their deal? Leave your thoughts in the comments section below.