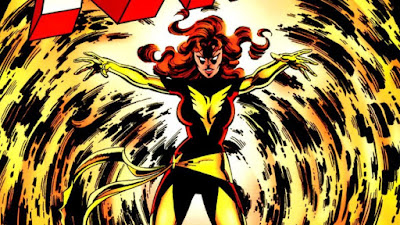 Not too long ago, we learned that Fox was planning on putting out three comic book movies next year: The New Mutants, Deadpool 2, and X-Men: Dark Phoenix. You can read that full story here. Previously, we hadn't known that Dark Phoenix would be the focus of the next X-Men movie. It was largely assumed, after the final act in X-Men: Apocalypse showed Jean Grey (Sophie Turner) using a bit of her Phoenix Force capabilities. And, after X-Men: The Last Stand utterly butchered the storyline from the comics, it only made sense that Fox would try again, in order to do it right. But since the announcement of the title and the film's November 2018 release date, we haven't heard anything more about Dark Phoenix. There were rumors that writer Simon Kinberg would make his directorial debut with the movie, but those were never officially corroborated. And with the movie coming out next year, some announcements needed to be made soon, such as the official director and the cast. And now we have just that.

Simon Kinberg will officially be directing X-Men: Dark Phoenix, making it his directorial debut. James McAvoy, Michael Fassbender, Jennifer Lawrence, and Nicholas Hoult will all be returning, as well as the new actors introduced in X-Men: Apocalypse: Alexandra Shipp, Kodi Smit-McPhee, Tye Sheridan, and Sophie Turner. It is also being reported that actress Jessica Chastain is in talks to play the film's villain. 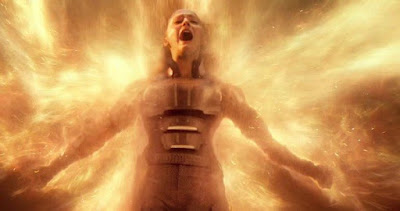 First of all, I'm mixed on Kinberg directing. He's a great writer, and has been apart of this franchise for years now. But this is a big movie, and it would be a Herculean task for any first time director. I'm not a fan of directors making their debut with big-budgeted films. It has never really worked in the past. It's usually better if they do a smaller, independent film first to figure out how it all works, and then do a blockbuster. But starting immediately with the blockbuster is always problematic. Now, Kinberg has been in the business for a long time. He's produced many films, so he has been on set working with directors for years. That doesn't change the fact that he's never personally directed anything before, but it does help a bit. I think it would've been better had they gotten a real director, but if they had to go for someone without experience, Kinberg's probably the best person they could've gotten. So the jury's still out as to whether this will end up being a big mistake, or a stroke of genius. I'm also a little mixed on the X-Men: First Class cast returning once again. While I think McAvoy's involvement is imperative, I don't know if we need Lawrence and Fassbender back. Lawrence really mailed in her performance in Apocalypse, and just wasn't good at all. While Fassbender gave a great performance in Apocalypse, the movie didn't utilize him in the way it should have. I think the film ultimately struggled to find a way to include the characters in a storyline that didn't exactly concern them. If there's a natural way to bring back Mystique and Magneto, then I'm all for it. But I just don't want them jammed into another story that they don't need to be in.

I'm glad all the Apocalypse actors are back, though. They were probably the best part of that movie, and I definitely want to see more of them. We knew Turner would be back, since the movie is going to focus on her. I thought she gave a very bland performance in Apocalypse, so I'm hoping she's significantly better in this movie. But Sheridan, Shipp, and Smit-McPhee were really good in Apocalypse, so I'm excited to see them back for this movie. However, there's no mention of Evan Peters. If he has to sit this one out, that's fine. But he's been the most memorable part of the last two X-Men movies, and there's a major storyline involving him and Magneto that still needs to be resolved. So it would feel a little weird if he was absent from this film. As for Jessica Chastain possibly being the villain, I think that's fantastic! She is a great actress, and I've been wanting to see her get into a comic book movie franchise for a while. I was expecting her to be a hero in something, but seeing her as a villain would also be excellent! The reports are saying she would be playing Princess Lilandra, the leader of the Shi-ar Empire. The character has a major role in the Dark Phoenix comic book storyline, so it makes sense she and her galactic empire would be in the movie. I think Chastain would be an excellent fit, and I really hope she signs on to do it. 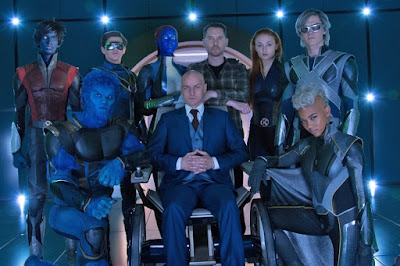 What do you think? Are you glad that Simon Kinberg is directing X-Men: Dark Phoenix? Are you happy that all the cast is returning? Would Jessica Chastain be a good pick to play the villain? Leave your thoughts in the comments section below.