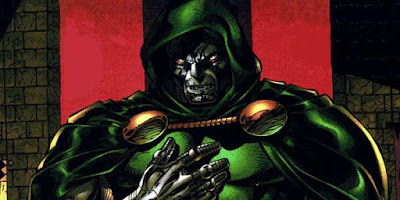 To say Fox's Fantastic Four movies have been disappointing is an understatement. The first two Tim Story movies were so campy and goofy that no one could take them seriously, and fans of the comics were insulted by them. And the 2015 Josh Trank movie was an unmitigated disaster. So Fox has done two different incarnations of the Fantastic Four so far (not counting the 1994 unreleased movie), and none of them have worked. They're kind of at a crossroads now. Either, they can do a third official reboot, and give the franchise another shot. Or they can give up, and let the rights revert back to Marvel. Perhaps they could make a side deal with Marvel to share the franchise, similarly to what Sony did with Spider-Man. But in the past few months, that hasn't seemed likely, as we've been hearing rumblings that Fox was looking to give another reboot a go. And with San Diego Comic Con this weekend, it seemed like we could maybe learn some official information about what is actually going on with the Fantastic Four. And we have some, but not the kind of news we were expecting.

Fox has announced that they are developing a spin-off of the Fantastic Four's chief antagonist, Doctor Doom, with Legion showrunner Noah Hawley attached to direct. It seems like Fox is really taking a page out of Sony's book, by doing villain spin-offs. The difference here is that Fox has the ability to use the Fantastic Four, whereas Spider-Man is currently tied up in the Marvel Cinematic Universe. So what does Doctor Doom really mean? On a positive note, this is an interesting way to reboot the franchise. Instead of doing another origin story and going through all the same beats again, you start off by giving us a film about the villain. Doctor Doom is one of the greatest comic book villains ever created, and none of the Fox films have done him justice. So by making him the focus, Fox is forcing themselves to do the character right. Not only can you create a really compelling character in Doom, but you can slowly ease the public back into being in good graces with the Fantastic Four. If they had announced another reboot, I think we'd all be rolling our eyes. But by doing a Doctor Doom spin-off, you at least have caught our attentions. This so far sounds like I'm all for it, when in fact I'm incredibly apprehensive. Fox has not been able to do the Fantastic Four right, nor Doctor Doom. Nor has anyone cracked the "supervillain spin-off" film yet. Sony has announced a ton of them, but they haven't released a single one yet. So this is not a proven method yet. Plus, Noah Hawley has done a lot of television work, but he's only ever directed two episodes of TV. He has no experience in the film world. Sure, he's done a good job with Legion, but there's no way to really know if he can make the transition to film. While I like the prospect, and I find it interesting, I just don't know how this is going to work. I'm going to reserve my excitement until I learn some more information, especially who will actually be playing Doom. 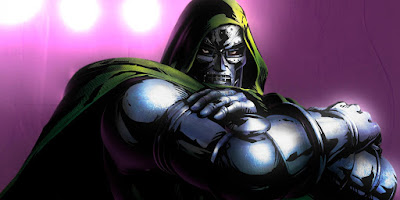 What do you think? Do you like the idea of doing a Doctor Doom spin-off film? Would you prefer another reboot of the Fantastic Four instead? Could this actually work? Were you happy with San Diego Comic Con this year? Leave your thoughts in the comments section below.