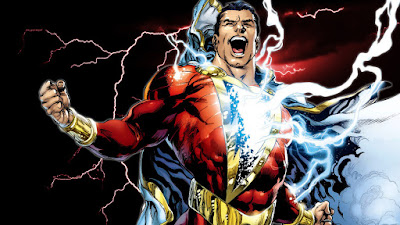 Just a couple of days ago, we learned that Dwayne Johnson may not be in DC's upcoming Shazam movie. I was incredibly disappointed. Johnson has been attached to play the villain, Black Adam, since 2014, and to have him now no longer be attached is almost infuriating. You can read my full thoughts on it here. Even with those startling rumors, I was pretty hopeful that we would hear some Shazam news as we head into San Diego Comic Con. The convention is the perfect outlet to release some new information on the project. I thought it was practically a done deal that we would learn who will actually be playing Shazam, as all we've heard is the Black Adam casting (though that has even been brought into question). If DC really wants this character to be a vital part of their universe, since they've been talking about him for over five years now, they really need to get going on the project, especially in terms of the casting. Another thing I thought was certain was the official announcement of Lights Out and Annabelle: Creation director David F. Sandberg helming the film. We heard a while back that he was DC's top choice, but then we never heard any kind of official confirmation. So I thought it was incredibly likely that DC would choose SDCC to be where they made the announcement. And, sure enough, we have some pretty big updates on Shazam, and some very important new information.

It has been confirmed that Shazam will be the next DC movie to begin shooting, after Aquaman. David F. Sandberg will officially direct the movie and, according to Geoff Johns, Dwayne Johnson is officially out of the film. There's a lot to unpack here, so let's start with Shazam's shooting schedule. I'm glad they're showing some initiative with it. One thing that has angered me about DC has been that they announce a bunch of movies, and then do nothing with them. They don't move forward on any of them. So hearing that Shazam will finally begin shooting next year is a very good thing to hear. I'm also glad that we finally know for sure that Sandberg will be directing. I think he did a really good job with Lights Out, and I am hearing great things about Annabelle: Creation so far. I think he is a promising new director, and I'm glad to see DC snatch him up. However, we have had problems with promising new directors making the leap from independent film to blockbusters before. Case in point, Josh Trank with Fantastic Four. But then, sometimes it works out, like with Colin Trevorrow with Jurassic World, and James Gunn with Guardians of the Galaxy. So Sandberg could excel with this movie, or it could fall flat. I'm hoping for the former. As for Dwayne Johnson officially leaving Shazam, I've said all my thoughts on it in the article before. I think it's terrible, and I think DC really needs a person like Johnson on their side. But there's not much you can do about it at this point. So I guess we'll have to wait for some new information on that front. So, overall, I'm glad they're getting the ball rolling with Shazam, I'm glad Sandberg is confirmed to direct, but I'm sad that Johnson will not be involved in the film. 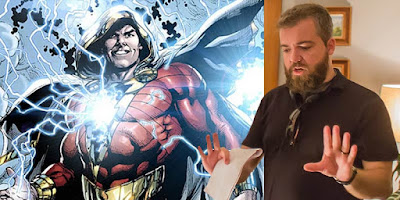 What do you think? Are you glad Shazam will be the next DC movie to start filming? Is David F. Sandberg a good fit for the property? Are you sad that Dwayne Johnson is no longer involved in the movie? What other news do you think we'll learn at San Diego Comic Con this year? Leave your thoughts in the comments section below.