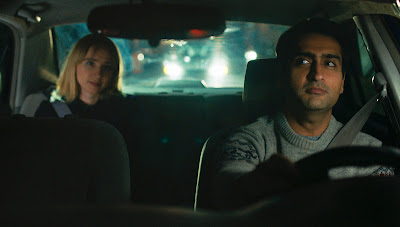 For pretty much the entire year, I have been hearing nonstop about how great The Big Sick is. It's been playing at festivals, garnering a lot of buzz and excitement. So I've been looking forward to seeing it for a while now. I've known who Kumail Nanjinani is, but I don't think I've actually ever really seen him in anything. And I was completely unaware of who Zoe Kazan was. What caught my eye about this film was the casting of Ray Romano and Holly Hunter as the parents. I've been a fan of Romano for a long time, but he hasn't really been in anything much recently other than the Ice Age films. So I was excited to see what he would do with a movie like this. And Hunter is a great actress, so I'm always excited to see her in things. Unless it involves "Granny's Peach Tea", that is. So the cast overall intrigued me, as did the story. This is the true story of how Kumail met his real-life wife, and I found that fascinating. So I walked into this movie with high hopes, and I was not disappointed. The Big Sick is not only the funniest film of the year by far, but it is also one of the best movies of 2017.

Stuck between his parents expectations of an arranged marriage to a Pakistani woman and his love for a white girl (Kazan), Kumail (Nanjinani) is caught off guard when Emily goes into a coma. 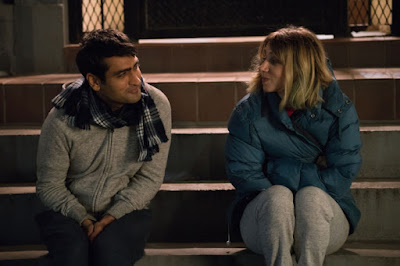 This movie is absolutely hysterical. But it's not just a yuck fest, with jokes flying back and forth with no real substance. This film knows that for the comedy to work, we first have to care about the characters. And The Big Sick pulls it off in spades. Nanjinani is brilliant in the leading role. He doesn't simply play himself; he brings so much heart and emotion, but at the same time levity, to the role, that he becomes one of the most well-rounded leading characters of the year. Kazan is also fantastic. Their chemistry is palpable, and I completely bought them as a real life couple. Their back-and-forth was so organic and natural, that it was incredibly refreshing. This is not some relationship forced upon us; it feels real. The whole movie could have been them going on dates and hanging out, and I would've been completely fine with it. But when we do get into the meat of the story, it gets even better, because we're introduced to Romano and Hunter. Ray Romano is a revelation in this film, and is by far the best part of the movie. His style of humor fit perfectly with the tone of the film, and he delivers some of the best lines in the movie. He reinvented himself with this movie, and showed us what kind of characters he can play at this stage in his career. And I hope this heralds a revitalization of his career, and gets him a lot more roles. He was electric anytime he was on screen, and he was the stand out by far. Hunter is also great, however she was often overshadowed by just how fantastic Romano was. But she was also excellent in this movie.

There are a couple other groups of characters, aside from the main ones, that I found to be hysterical, and utilized incredibly well. You first have Kumail's family. Their dynamics made for some excellent comedy, and it gave a great window into a culture that's often not explored in movies. How often do we get to see the inner workings of a Pakistani family, without it having any kind of negative connotations? It serviced the story, gave some hilarious laughs, and allowed me to experience a culture I hadn't really seen before. So all around I found Kumail's family to be great. You also have Kumail's stand-up friends, who were equally as funny. Kumail's roommate, played by Kurt Braunohler, almost stole the movie for me, until Ray Romano showed up. There's this running joke of how unfunny he is, and it never got old. So these two separate groups of people added so much to the movie, and really helped enrich it. I did have a couple of nitpicky problems with the film. I was so invested in the relationship between Kumail and Emily, that the turn in the story felt abrupt. It just kind of happens, and you have to roll with it. It's not a huge deal, but I think there could have been a way to make for a smoother transition between the different parts in the film. Something happens that causes Emily to become enraged with Kumail, and I don't think the film sold it enough for me. I understood why she would be angry, but I didn't buy that she would be as angry as she was, for as long as she was. I think the film could've done a little bit better of a job at selling this, so that it came across a little more clearly. But other than those small details, I don't have any complaints about The Big Sick. It's really an excellent movie. 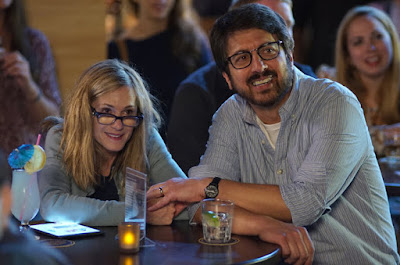 Overall, The Big Sick is one of the best films of the year. It delivers on excellent laughs, but also on great characters, good heart, and an intriguing story. Kumail Nanjinani shines in this movie, giving a genuine and heartfelt performance. Zoe Kazan is also great, and her chemistry with Kumail was excellent. I felt like I was watching a real relationship on screen, and it was refreshing. Ray Romano gives the best performance of the movie, and stole the spotlight. I think this will open up a whole bunch of new opportunities for him as a comedian, and as an actor. Holly Hunter is also very good. Kumail's family and his comedian friends served as great side groups of characters that added a lot to the humor and to the heart. There are a couple small problems I had with some of the transitions between parts of the film, and how upset Emily was with Kumail, but these are really small problems compared to how great the movie is overall. Lastly, I just wanted to comment how great it is that, in today's political climate, we can have a movie come out with a Pakistani man as the lead, and it's one of the best films of the year. That we can see another culture like this explored on screen, and have it be so widely accepted and embraced. It's heartwarming to see. In the end, The Big Sick is the comedy to beat for the year, and will undoubtedly end up being one of my top ten favorite movies of 2017 by the end of the year. 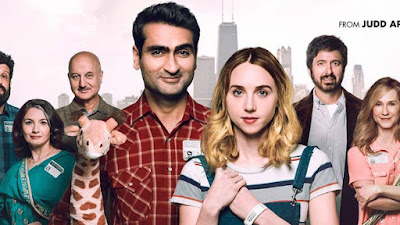 What do you think? Have you seen The Big Sick? Did you like the film? Leave your (spoiler-free) thoughts in the comments section below.