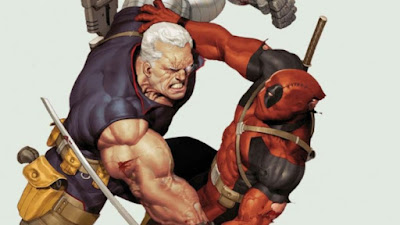 I remember, in the months leading up to the announcement of Josh Brolin as Cable, everyone was endlessly speculating as to who would be playing the character. We had known that Deadpool 2 would feature the time-traveling mutant, after the Deadpool post-credits scene gave a not-so-subtle hint about the character's involvement in the sequel. Actors rumored for the role ranged from Stephen Lang to Michael Shannon, but Brolin was ultimately decided upon. I guess, since he's playing Thanos in Avengers: Infinity War, no one had really thought of Brolin for the role. But after I heard he had been cast, I thought he was perfect! Since then, Deadpool 2 has quietly been transitioning into production. We got our first look as Zazie Beetz as Domino a few days ago (which you can see here), but there was no mention of Cable. I thought it was a little strange that Fox would reveal Domino, but not Cable. However, Cable is a bigger character, thus teasing him out longer does make more sense. However, I guess we really weren't too far off from getting our first look at the character.

On Twitter this morning, Ryan Reynolds posted the first ever images of Josh Brolin as Cable. You can see the pictures for yourself below: 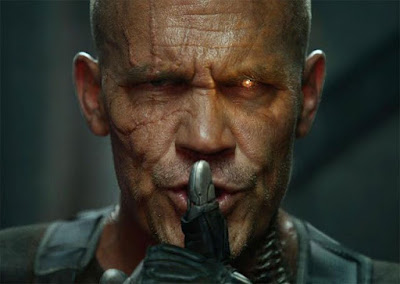 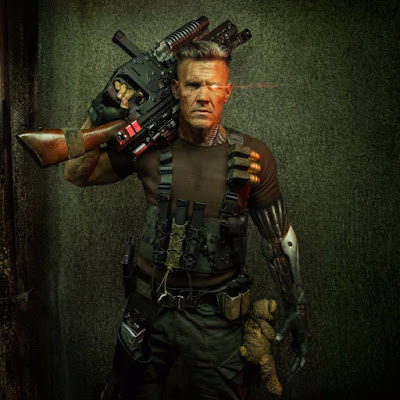 I'm mixed on the look. In these pictures, Brolin looks like an upscale cosplayer. When I look at these images, they don't scream Cable to me. However, I have said the same thing about other comic book characters and costumes in the past, and they've turned out to be fine. When I first saw Spider-Man (Tom Holland) in the Captain America: Civil War trailer, I thought he looked ridiculous. The costume looked rubbery and fake, and I said it too looked like cosplay. But once I saw it in the context of the film, it absolutely worked for me. So just because I'm not thrilled with an image of the design, doesn't mean I won't love it when I see it in the movie. I also think that I'll come to like it more when I see it in motion. That always helps when you are seeing a comic book costume for the first time. In my personal opinion, having Brolin pose in front of a grimy looking wall is not the best way to reveal the first ever look at Cable to the world. I think the background is certainly heightening the cosplay element and feel of these images. And I do think this would have worked better if Deadpool (Reynolds) was also included. Their dynamic as characters is quintessential to this movie working, and having our introduction to Cable be with both of them would have made a lot more sense. I'm not super thrilled with the costume yet, and I don't think they did as good a job as they could have in staging the pictures, but I still believe Brolin is an excellent choice to play Cable, and I think he will do a tremendous job in the role.

What do you think? Do you like this first look at Josh Brolin as Cable? Do you like the design of the character? Are you looking forward to seeing Deadpool 2? Leave your thoughts in the comments section below.