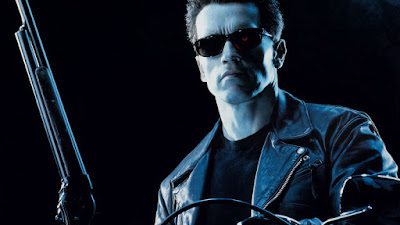 Back in January, we heard that James Cameron was developing a new Terminator movie, with Deadpool director Tim Miller in talks to direct. You can read the full story here. The latest attempt at a Terminator movie, Terminator: Genisys, was dreadful. I never ended up seeing the film, but between the incredibly poor reception and the lackluster box office numbers, any hopes of a franchise revival were killed. As per their agreement, Cameron was set to regain the Terminator rights from Paramount in 2019, and has said that he himself was interested in taking another stab at the franchise he had created back in 1984. But with Cameron simultaneously making four Avatar sequels, it made sense that he would remain a producer, with someone else helming the project. My biggest concern was how involved Cameron would actually be. Just because he's a producer, doesn't mean we'll be getting a proper James Cameron Terminator movie, if that makes any sense. Remember, he gave Genisys his blessing before it came out, and that turned out to be a load of sh*t. So just because Cameron is involved doesn't mean it's going to end up being fantastic. So I've been cautiously optimistic so far. And now we have some new information on Terminator 6.

According to The Playlist, Arnold Schwarzenegger will be returning for Terminator 6, and has revealed that the movie will begin filming in March of 2018. Cameron will co-produce the feature with Genisys producer, David Ellison. The movie will be made by both Paramount and Skydance, as part of a new deal regarding the ownership of the franchise. And Tim Miller is, according to this article, set to direct. Unless they were rebooting the series, which I didn't think they would do, it only makes sense to have Schwarzenegger in there. So I'm not very surprised that he'll be in the movie. What I am surprised by is how fast the project is moving along. Just a few months ago, we heard rumblings that this could happen, and now they're set to begin filming next year. I am also surprised by the new deal that shares the franchise with Skydance and Paramount. It seemed like Cameron was looking to get the rights back in 2019, so that he could then shepard the new film himself. But now a new deal has been made. On the surface, it seems to be the same contract as before, just including Cameron. But perhaps there's more to it that we don't know about yet. I'm mixed on all of this. It seems like they're going back in the direction of Genisys. By having Ellison, the same producer as the last movie, on board, with Paramount still having the property, it doesn't seem like enough has changed for me to think that this could be different. Sure, you have James Cameron producing, but that doesn't mean a whole lot. That doesn't save the film single-handedly. I'm remaining cautiously optimistic, but this news has caused me to lose some of the faith I had in this new movie. I'm going to wait until I hear what the story will be, and what direction they're going to take this in, until I can truly say whether or not I am looking forward to Terminator 6.

James Cameron has now confirmed that Arnold Schwarzenegger will be playing the human basis for the T-800 model. Cameron said that the film will explore why the Terminators were modeled after him. I think this is a very interesting concept, and it certainly catches my eye. This is an area of the Terminator mythology that hasn't been explored yet on screen, and I think it could make for a refreshing and compelling Terminator 6. My one question is that the T-800 model is based off of a 37 year old Schwarzenegger, whereas he will be 71 in this new movie. Unless they plan to use CGI to de-age him, I don't know how you can tell that story now. But I'm sure Cameron will find a way. 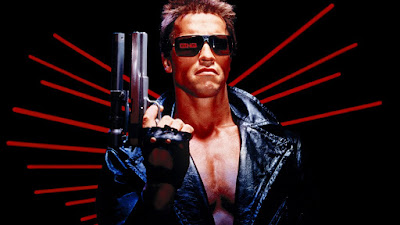 What do you think? Are you surprised by the new deal sharing the Terminator franchise with Paramount and Skydance? Are you glad Arnold Schwarzenegger is returning? Are you interested in seeing Terminator 6? Leave your thoughts in the comments section below.