Independent Corner: An Interview with Director Michael Wong About "The Story of 90 Coins" 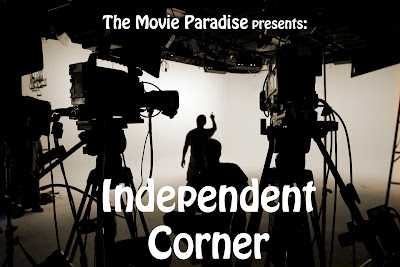 Since its inception a few years ago, this website has really only focused on big budgeted, wide-release films. Sure, we would cover smaller movies, but only if they were in the race to perhaps be nominated for an Oscar. But what we have failed to do is cover the independent films. When I say independent, I mean shoe-string budget, filmed in your backyard kind of movies. Before, I was hesitant to cover these kinds of movies, because they kind of went against what I believed to be the platform of this website. Now, I realize that was a little bit ignorant of me. So I now happily present to you Independent Corner, where we will spotlight independent films, and talk with the creative minds behind these projects.

For the third installment in this series, I will speak with director Michael Wong about his short film The Story of 90 Coins. You can watch the film for yourself here. 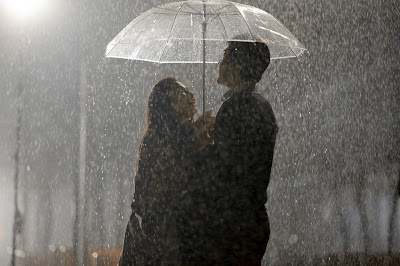 Your short was filmed in China, making it foreign to American viewers. But yet, it is so universally relatable, as it portrays something every human being has dealt with in their lives: love. Did you film purposely with foreign appeal in mind, or were you focused only on Chinese markets?

"I think the love/romance genre is universally acceptable and can resonate across different regions, cultures, genders and age groups. My short film was meant to focus on the Chinese market, but apparently it is also widely accepted by a lot of foreign film reviewers and viewers as well."

We've all seen love stories before on screen, but you take it in a new direction with the idea of these coins. Where did that idea originate from?

"The crux of the story (coins sealed in brown envelopes) is based on a true story, in which the coin-giving act really happened to a friend of my writer. However, those little chronicles are fictional." 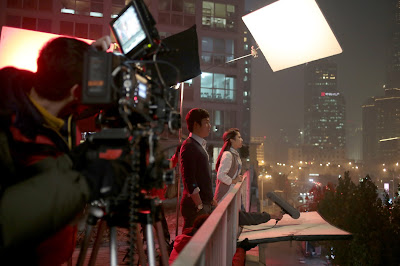 What was the process of making The Story of 90 Coins, from development, to filming, to its release? How long did it all take, and what was the hardest part of that journey?

"Initially, we were exploring 3 concepts, and the 'coins' seemed to have a richer storyline among them. Having honed my creativity in the advertising industry for more than 15 years, I felt that a film (even though a short film) should have a 'twist' or some sort of a crossroad in its storyline to make it compelling. The idea of discovering little beautiful stories via the coins seemed appropriate! With this idea in mind, we started building a timeline around it; and the story began from the courtship of the protagonist's during their university days and extended beyond their working life, which spanned approximately 9 years. Honestly, I think we had enough scenes and situations to easily expand into a feature film length. Filming was completed in 4 days with 2 additional days to re-shoot key scenes. It was a really tight shooting schedule filming in Tianjin and Beijing; with nearly two dozen shooting locations that covered different periods and seasons. For example, we needed to dress up the location and styling to mimic different seasons, even though we were filming in the middle of Beijing's brutal winter. One scene (ended up as a deleted scene) required us to have an alley in the local university with fake snow. Another interesting scene required both the protagonists to be running under a drizzle. The next day, they were in their autumn wear riding a Vespa in a picturesque suburb. It's near miracle that we covered so many locations and scenes within such a short period of time, and working within the limitation. That's the hardest part of making The Story of 90 Coins.

You mentioned that you worked for 15 years in the advertising industry. How did you then transition into film directing, and how would you say your experience in that field helped prepare you for filmmaking?

"I started off in the advertising industry back in 1994 as a visualizer, then climbing up the ladder as an Art Director and then a Creative Director, having worked in various multinational advertising agencies in Malaysia and China. As I climbed up the career ladder, I realized that I'm getting more involved in management and politics and less of actually doing creative work.

"Initially, I decided to have a long break from advertising and started working as an Artistic Director, basically to help out some local Chinese film directors in uplifting the aesthetic look of their work. After a few projects, I was asking myself: 'Shouldn't I be helping myself to craft a name of my own instead of helping others?'

"My first break into the filmmaking scene was as a writer/film director gig on a commercial work for Lenovo; a viral video campaign that was to be used in such markets as India, Russia, the Middle East, Eastern Europe, Turkey, South Africa, South East Asia, Hong Kong and Taiwan. Finally, I've taken a leap of faith and work as a film director on the receiving end, concentrating on the crafting and artistic expression.

"What I've learned and valued most from my previous career is the ability to derive a good idea from a concept. That's a fundamental part for me, in story telling. When I was in the previous career, I get to choose and hire good film directors and world-renowned print photographers, so I do learn from those experiences. Also my learning comes from [observing] other director's work and from my own failure. Naturally, my learning path takes a longer route since I did not graduate from any film school. It's a painful process but so far [it's been] giving me a fulfilling career." 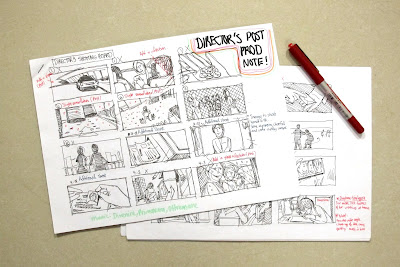 You told me before that the short has been making the rounds at different film festivals, and has garnered a lot of buzz and awards. Could you please tell us about some of your experiences with these festivals, and what it is personally like to have your film receive such accolades?

"The film is currently getting about 60+ accolades from international film festivals; which includes Best Direction and Best Cinematography at the Malta Short Film Festival, Best Foreign Short & Best Actress at the Los Angeles Independent Film Festival Awards, Best Drama & Best Cinematography at Los Angeles Film Awards, Best Foreign Short Film at the Ukrainian International Short Film Festival, Rising Star Awards at Canada International Film Festival, an Official Finalist at London Film Awards, among others. The latest recognition was from Malta International Short Film Festival, having won the Best Direction and Best Cinematography titles, and nominations for Best Set Production, Best Editing and Best Picture. Due to my work schedule, I wasn't able to attend any of the award giving ceremonies, which is a real pity. However, with the Internet and the world became a much smaller place, I am able to keep connected with the festivals, and build the necessary networking. Most importantly above all, getting all the film reviews, critics and feedbacks from viewers really gave me an interesting perspective on my short film, and it's a great learning curve for me. It's also very humbling to know that The Story of 90 Coins touches the viewer's heart and how the story connects with people; which is priceless.

Are you currently working on anything new that you can tell us about?

"Right now, I am working on an Escape Room project, which is another form of story-telling anyway but participants will be physically involved in the 'story' instead of visually watching it. I might spin-off a short film from this and it's one of the ideas in the drawer."

If you are interested in seeing The Story of 90 Coins, the link is at the beginning of the article. You can visit its Facebook past here, as well as its IMDb page here. 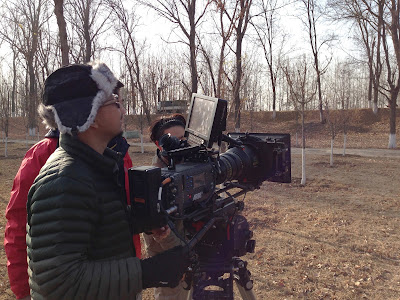 What do you think? Did you like the interview with Michael Wong? What do you think about what he had to say? Are you going to be checking out The Story of 90 Coins? Leave your thoughts in the comments section below.