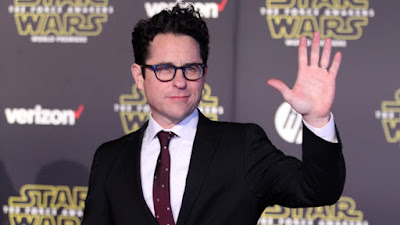 Star Wars fans were thrown for a loop recently when Jurassic World and The Book of Henry director Colin Trevorrow exited helming Star Wars Episode IX, after having been attached since 2015. It did take me by surprise, but I wasn't as shocked as I would have been if we hadn't had a similar situation happen with Han Solo. Directors Phil Lord and Chris Miller were fired with just weeks left of production; the film was almost done! So after that ordeal, the news of Trevorrow's exit doesn't exactly hit me as much as it would have under normal circumstances. You can read our initial report on the story here. Since the news broke, the dominant question has been who will direct Episode IX in Trevorrow's place? Star Wars Episode VII: The Force Awakens director J.J. Abrams and Star Wars Episode VIII: The Last Jedi's Rian Johnson were both suggested to return, but Johnson recently commented that he would, in fact, not be coming back. New names were also thrown around, such as Wonder Woman's Patty Jenkins, Christopher McQuarrie, and Steven Spielberg. But jury was still out as to who would replace Trevorrow, until now. It has been confirmed that J.J. Abrams will in fact return to the Star Wars universe to write and direct Episode IX.

Back when Trevorrow first left, I was of the opinion that I wanted a brand new director to take over Episode IX. I didn't really buy into the idea of having Abrams or Johnson return. Having a fresh face and a fresh direction for each film worked for the original trilogy, and having the same face and the same direction kind of sunk the prequels. Star Wars had already established a pattern of getting a new writer/director for each film, and I wanted them to stick by that. With all that being said, I am thrilled that J.J. Abrams will be returning! Would I have rather seen someone new take over? Yes, but that doesn't mean I can't get excited for Abrams doing Episode IX, considering what he was able to do with The Force Awakens. Many people forget the Herculean job he had to do with that movie. He had to catch the audience up on thirty years of mythology, he had to introduce new characters that the audience would accept, he had to reintroduce the old characters and age them in a believable way, he had to refresh the series after the disappointments of the prequels, and he had to make sure the film would make enough money in order to warrant Disney's $5 billion dollar purchase of LucasFilm. Miraculously, he pulled all of those off, and gave us a great movie in The Force Awakens. Abrams kicked off this Star Wars renaissance, and I think it will be somewhat poetic to see him come back to close out the new trilogy, even if it means we don't get to see a fresh face in the Star Wars universe. 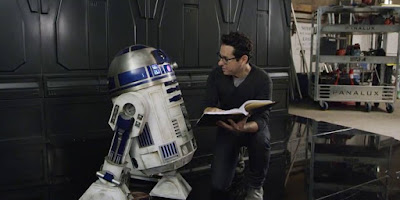 What do you think? Are you glad J.J. Abrams will be returning to write/direct Star Wars Episode IX? Would you rather have seen someone else take over for Colin Trevorrow? Leave your thoughts in the comments section below.