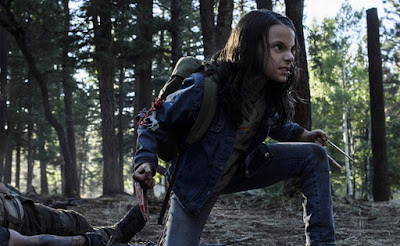 While Logan took many people by surprise earlier this year, one of the most remarkable parts of the film was Dafne Keen as Laura/X-23. Keen came out of nowhere, and crushed this role that required a lot of nuance and subtlety. Not only did she pull off the physicality of the character, but she also gave us a lot of under-the-surface, bubbling emotion that is rather complex for such a young actor. Keen really proved herself as an incredibly capable performer, and gave us probably one of the best child actor performances I have personally ever seen. You can read my full thoughts on Logan as a film here. But with Logan being as striking as it was, the question has come about whether Dafne Keen would get to reprise her role as X-23 in a later movie. Logan certainly felt like a stand-alone story, but that doesn't stop Fox from telling a new story with X-23. Logan's finality also allows Fox to leave the character and the story alone, should they choose to do so. For a while, I thought The New Mutants would tell the story of the surviving mutants at the end of Logan, whom X-23 was among. However, with the release of first trailer for the movie, it doesn't look like The New Mutants will be going in that direction (you can see the trailer for yourself here). So Dafne Keen's future as X-23 in the X-Men universe has been entirely up in the air. That is, until now.

Logan writer/director James Mangold has confirmed that he is developing an X-23 spin-off film. This does not mean that it is officially happening. Mangold is only developing it, so it hasn't been greenlit by Fox yet. But the fact that he's actually working on a story for her is cause enough for us to talk about it. I really like the idea of continuing X-23's story. My question is where the movie will fall in terms of her lifespan. I do want to see what happens to Laura the second after Logan ends, but I would also like to advance the story twenty or so years in the future, and see her all grown up. Mangold has not hinted in which direction he would be taking the story, but there are clear upsides and downsides to both directions. If we stick with a younger X-23, then we get to keep Dafne Keen in the role. Considering how great she was in Logan, that is certainly a plus. However, the problem is that we don't know if she can carry a film all on her own. She was great in a supporting role in Logan, but she had Hugh Jackman to play off of. It's very plausible that, when given her own movie, Keen won't be able to carry it. So aging her up to being in her twenties or thirties would eliminate that problem. But then you run the risk of alienating fans who simply wanted to continue the story of the X-23 we saw before. It's a tricky path to walk, but if anyone can crack it, I think it will be James Mangold. I'm on board with the idea, though, and I'm interested to see if it comes to fruition. 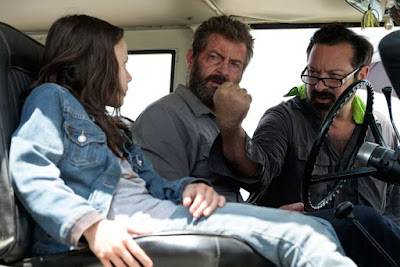 What do you think? Do you like the idea of an X-23 centric spin-off film? Should it continue with Dafne Keen, or should Laura be aged up and a new actor be brought in? Leave your thoughts in the comments section below.