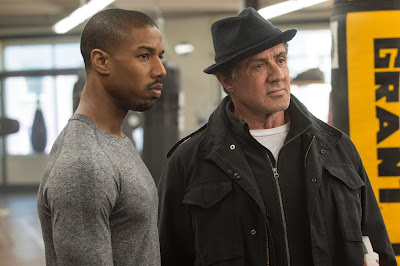 Back when Creed was hitting theaters in 2015, the Rocky series had become somewhat of a joke. Sure, the first one was fantastic, but each subsequent film had become increasingly cheesy and ridiculous. So when the news broke that a spin-off movie entitled Creed, focusing on Apollo Creed's son, Adonis, was set to come out, there wasn't much hope for the movie. However, the film hit theaters and it was fantastic! Director Ryan Coogler did a magnificent job telling the story, so much so that he landed Black Panther as a result. Creed was so good that Sylvester Stallone even got nominated for Best Supporting Actor. However, he unfortunately lost to Mark Rylance for Bridge of Spies. But ever since Creed made its debut, and was incredibly successful, we've heard nothing but rumblings about a sequel. It was unsure whether Coogler would come back, since he was actively involved in Black Panther. There were rumors that Stallone could take over the sequel, but none of this was confirmed. That is, until now. Sylvester Stallone will officially be helming Creed 2, which will begin filming early next year.

Above all, I wanted Ryan Coogler to direct this movie. He did an excellent job with the first one, and I wanted him to return. But if we can't have Coogler, than Stallone is the next best pick. He has been involved with this franchise from the beginning, and so it makes sense that he would be the one to take over for Coogler, rather than having a new face come in. My only issue is that Stallone hasn't exactly proven himself to be a masterful director. He has done the past four Rocky movies, Rambo, and the first Expendables film, with a couple other films sprinkled in there. The Rocky franchise was dead until Coogler revived it, so going back to Stallone directing may not be the smartest idea. My hope is that working with Coogler on Creed revitalized Stallone. I hope that he watched Coogler direct that movie (and direct him to an Oscar nomination), and it got his creative juices flowing. Building upon Coogler's foundation, I think Stallone has a good shot at giving us a really good movie. I just hope that Stallone doesn't try to turn the focus away from Adonis and back to his own character. That would simply defeat the purpose of the movie, and would undo a lot of the greatness of the first film. But I don't think Stallone will do that. I hope he'll consult with Coogler, and together they'll find the right path for the sequel to take, and then Stallone can take it home! Maybe I'm being too optimistic, but that's how I hope it works out. 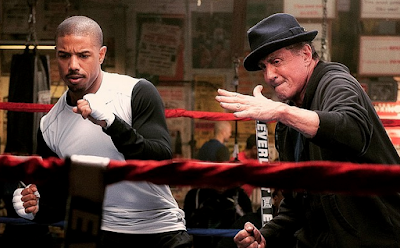 What do you think? Do you like that Sylvester Stallone will be directing Creed 2? Is there someone else, other than Ryan Coogler, who you would have liked to have seen direct it instead? Are you looking forward to seeing the film? Leave your thoughts in the comments section below.