First Trailer for The New Mutants

The idea of The New Mutants has been a very interesting prospect for a while. Writer/director Josh Boone has been pitching it to us as a horror movie since the beginning, making it a very different comic book movie than we've seen before. But after the success Fox had with Deadpool and Logan, it makes sense that they would take another big risk with this one. And New Mutants is undoubtedly a risk. It's a property not many people know about, with unfamiliar comic book characters, starring small to obscure actors. There are no proper X-Men in this film (as far as we know). They don't even have "X-Men" in the title! Fox is putting a lot on the line with this movie, and that level of risk excites me. I'm glad to see Fox taking such big chances with their films, because it helps keep the comic book movie genre fresh. I appreciate the Marvel Cinematic Universe, and while each film is different, they all adhere to the same basic formula. Fox is going off in radically different directions with each of their movies, and I respect that. Keep in mind, this is one continuous series that has been going on for almost twenty years now, and they're stilling finding ways to keep it interesting. But now we have our first trailer for The New Mutants, giving us a look at just how big of a risk it will be.

When Josh Boone said this was a horror movie, I didn't think he literally meant a horror film. I thought he was saying it would have elements of horror in it. But nope, this is a full fledged horror movie. If you took out the word "mutant" which was mentioned once, and the Marvel logo, you would have zero clue this was related in any way to the X-Men. I think that is both a good and bad thing. This is still X-Men, and I don't want to watch a movie that really has nothing to do with the X-Men whatsoever. I do think the film itself will have more tie-ins than this trailer does, and it will ultimately feel a lot more connected. On the other hand, it would be fun to have an isolated story that doesn't worry about connecting previous storylines or making everything fit together in a cohesive universe. If it's done right, I think Boone can give us a happy blending of the two. As for the horror we saw in this trailer, it looks like awfully conventional. If this was not connected to the X-Men, and I just watched this trailer by itself, I would have thought that this looks like another cheap, throwaway horror movie that we've seen a billion times. But the fact that it is The New Mutants, and it is connected to X-Men, means that there's something new and different beneath the surface, and that gets me excited to see what they do with this film. 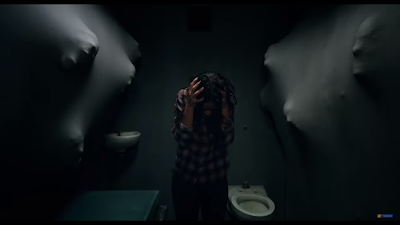 What do you think? Did you like the first trailer for The New Mutants? Are you looking forward to seeing the film? Leave your thoughts in the comments section below.