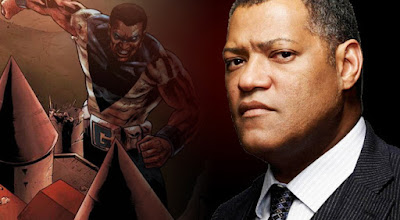 During San Diego Comic Con this past year, one of the more surprising announcements was that Michelle Pfeiffer and Laurence Fishburne would be joining the Marvel Cinematic Universe with Ant-Man and the Wasp, playing Janet van Dyne and Bill Foster respectively. You can read our initial coverage of the news here. We had known that the sequel would be introducing us to Janet, the missing original Wasp, but Fishburne's casting heralded something far more interesting to come. In the comic books, Bill Foster is also the superhero Goliath. I had speculated that, since we already have the original Ant-Man with Michael Douglas, and now the original Wasp and Goliath, that Marvel was potentially setting up "the original Avengers". This would be a team of heroes from the 1960's who have since either retired or have died, and Fishburne's casting as Goliath all but confirmed that for me. Since then, we haven't heard anything new on the subject. The focus has been entirely put on Thor: Ragnarok and Black Panther, since they open sooner. But today, we heard some interesting comments from Fishburne that may just have vindicated my theory from a few months back.

While promoting his new film Last Flag Flying, Fisburne spoke to Collider about his work with both DC and Marvel, saying:

"I got the offer to do Perry White in Man of Steel, I said yes to that. Obviously Batman v. Superman I said yes to that. I was unable to be involved in the Justice League movie, scheduling-wise it just wasn't going to work out, but I had wanted very much to be part of the Marvel universe at the same time. So I went to them and pitched them a couple of ideas and basically said, 'Look, if there's anything I can do that makes sense for me to do in the Marvel universe, I would love to be involved.' So they came to me with an offer to be Bill Foster in Ant-Man and the Wasp.

"All I can tell you is I'm playing Bill Foster, who was Hank Pym's assistant. That's how I enter into the world and I'm very excited. Peyton Reed is directing it, who directed the first one. It's gonna be as fun and cool and smart as the first one.

"I've got Black-ish going on, I'm developing something else for Marvel that I can't talk about. It's gonna be really cool. It's gonna change the world, we hope (laughs). I went to Marvel and pitched them something that really couldn't work out-- there was a lot of legal red tape that just [was] something they couldn't work out. But then they came back with the offer for Ant-Man and the Wasp and they said 'Hey, what do you think of this?' and I went 'Oh yeah that, yes!' so..." 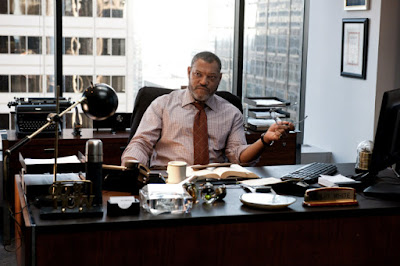 This pretty much confirms what I was speculating about back during the summer. I think they are working on revealing an original Avengers team from the 1960's. When you read his comments, that's really the only thing it can be. He had made it clear to Marvel that he wanted to be involved not just for one movie, but long term. And they subsequently offered him Ant-Man and the Wasp. Fishburne refers to his role in the film as his entryway into the Marvel Cinematic Universe. He also says he pitched a few different ideas, but none of them were within Marvel's legal possibilities. However, when they offered him Ant-Man and the Wasp, they also offered him something else that would allow his continuation in this franchise. I don't know if it can be anything other than an original Avengers movie. And who wouldn't be excited for that? Right now, they have Michael Douglas, Michelle Pfeiffer, and Laurence Fishburne lined up for it. That's already a stacked cast, and they would most likely add more actors to round it out. This is an idea that has a lot of potential, and I'm glad to hear that Marvel will be exploring it to some degree.

The question I have now is when in the timeline this story will be taking place. If these Avengers are from the 60's, and you go back to their heyday, then you'll have to recast all the actors, thus defeating the purpose of having Fisburne involved in the first place. You could use CGI to de-age them, but that would be really, really expensive to do for 3-5 actors for an entire film. That's just not feasible yet. You could tell the story in present day, but I'm not sure if it would be as interesting to have a movie focused on the original Avengers if you have the regular Avengers running around as well. What makes them interesting is that they are (minus Captain America in the 40's) the first superheroes, as far as we know. Seeing what impact they would have on the world in the 1960's would be fascinating. So you run into a whole bunch of technical issues when you approach doing this movie. But if anyone can pull it off, it's Marvel. I have a feeling Fishburne wasn't supposed to be talking about this, so I'm sure we won't hear any more details for a while longer. Once Avengers: Infinity War is in theaters, I think we'll hear a whole bunch of updates on Phase Four, which just may include an original Avengers movie. We'll have to wait and see how it all pans out. 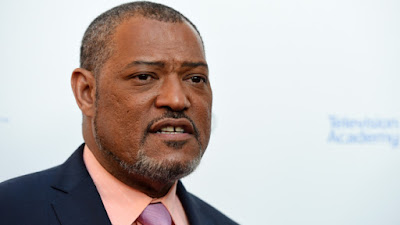 What do you think? Is Marvel developing an original Avengers movie? How could they make that work? Are you looking forward to seeing Ant-Man and the Wasp? Leave your thoughts in the comments section below.