Pretty much since the first Deadpool movie hit theaters, everyone in the world has been ready for the sequel. It had some development bumps, like losing original director Tim Miller. However, it gained John Wick co-director and Atomic Blonde helmer David Leitch instead, who has since proven himself to be a worthy successor to Miller. And with the additions of Zazie Beetz as Domino and Josh Brolin as Cable, Deadpool 2 looked like it was shaping up to be a pretty competent sequel. However, Fox has a lot on their plate in terms of 2018 X-Men movies. They have The New Mutants opening first in April, for which they recently dropped the first trailer. They also have X-Men: Dark Phoenix releasing in November, which wrapped production not too long ago. So with all this work being done on those two movies, it kind of seemed like Deadpool 2 was being left out. Other than some stills revealing Brolin and Beetz in costume, there hasn't been much marketing for the film so far. That is, until now. Fox has released our first look at Deadpool 2, in the most Deadpool way possible.

The first Deadpool had one of the greatest marketing campaigns I have ever seen, and it looks right they're going right back to that for the sequel. This is the exact kind of thing I want to see from a Deadpool 2 trailer. It doesn't take itself seriously one bit. Would I have liked to have seen a straight trailer? Yes, but at some point. But for a movie that is still seven or so months out, having this little comedy bit be our first introduction to the film works just fine for me. It shows me that Deadpool 2 isn't deviating at all from what worked with the first film. John Wick and Atomic Blonde aren't known for their comedy, so I always had an underlying fear that, by having David Leitch come in to direct, maybe Deadpool 2 would be going in a more serious, more traditional comic book movie route. But this trailer is proof that we're going to be getting exactly what we got before, and I couldn't be happier! At some point we'll get a real trailer that gives us a sense of the story, and properly introduces us to Domino and Cable. But right now, all I need to know is that Deadpool 2 will be going back to what worked with the first one. 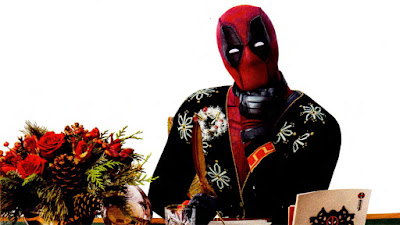 What do you think? Did you like the first trailer for Deadpool 2? Are you looking forward to seeing the film? Leave your thoughts in the comments section below.