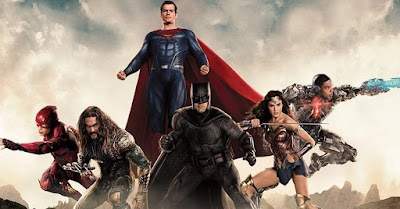 Justice League has been a hot topic for the past couple of weeks. Before it came out this weekend, fans were buzzing about whether it would be good or not. However, it has since come out, and proven to be just as divisive as Batman v. Superman: Dawn of Justice. I didn't think the movie sucked, but I didn't think it was all that great either. You can read my full, spoiler free review here. However, on Sunday, we learned that Justice League would being debuting under $100 million dollars, which is a shocking number for not just a comic book movie, but for a huge tentpole one such as Justice League. To compare, The Avengers made over $200 million dollars domestically in its opening weekend, and Justice League made under $94 million. On Sunday, I broke down the news and discussed whether the DC Cinematic Universe as a whole was in jeopardy because of this defeat. You can read that editorial here. However, some fans didn't see the issue with the opening weekend numbers. But it cannot be overstated just how poor of an opening weekend this was. These are numbers that executives are fired over. And now, Forbes is putting out a report predicting Justice League will lose between $50-100 million dollars for Warner Bros.

Forbes is usually pretty accurate with their box office predictions. If you want to see their full breakdown, check out the original article here. But essentially, they're saying that Justice League needs to make around $600 million to be profitable, and they predict it will make $635 worldwide, of which only $545 million dollars will actually go to Warner Bros. Hopefully, this will be a valuable lesson for Warner Bros. Just because you make a big blockbuster movie doesn't mean it will make a ton of money. Between the initial budget and the reshoots, they sunk a lot of money into Justice League, and clearly it won't pay off. You know what would have made it pay off? If the movie was actually good. If the fans and critics unanimously loved it, and people were going back for more and more viewings. You know what movie did do that? Wonder Woman, and that made $821 million dollars worldwide on a $150 million dollar budget. Wonder Woman was a huge box office success because everyone loved it, and Justice League flopped because people didn't love it. We've seen this happen many times this year, with The Mummy and Geostorm being a couple of examples. If your giant blockbuster sucks, it won't make the money you want it to. However, if it's great, then people will go to see it again and again, and it will be incredibly profitable. With these numbers, I think there's a strong chance the DC Cinematic Universe is canned after Aquaman comes out. From a business sense, I think it makes sense too. Warner Bros. botched the DC Cinematic Universe right out of the gate. They should just cut their losses, and try again in five years or so. 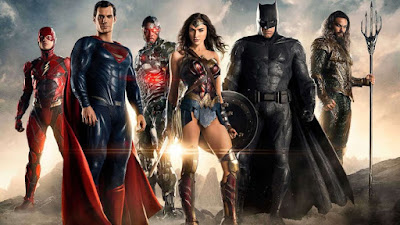 What do you think? Are you surprised Justice League could potentially lose Warner Bros. between $50-100 million dollars? What's next for the DC Cinematic Universe after that? Have you seen Justice League? Did you like the film? Leave your thoughts in the comments section below.