Justice League- What Do the Opening Weekend Numbers Mean For the Future of the DC Cinematic Universe? 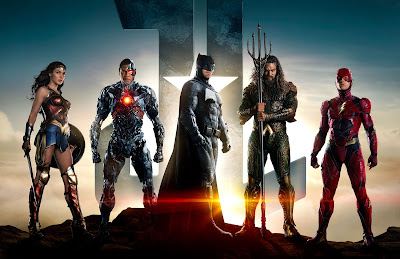 If you were to ask any film fan three months ago what Justice League's opening weekend numbers would be, I'm sure everyone would have said between $150-200 million dollars. I mean, it's Justice League for Christ's sake! This is the big event movie that DC has been building towards for years now. This is their Avengers. Even if the jury was still out on how good the film would turn out, it was pretty certain that it would be a giant box office success. Well, Justice League came out and it was about as divisive as Batman v. Superman: Dawn of Justice was. It currently has a 40% critic rating on Rotten Tomatoes, but an 85% fan rating, so we have that divide between the critics and the fans once again. I thought the movie was okay at best. I didn't think it was terrible, but it wasn't good either. You can read my full, spoiler-free review here. But the one thing we were all sure of, its box office success, has now been brought into question. Reports are estimating that Justice League will only be bringing in $96 million dollars in its opening weekend, making it a massive disappointment for Warner Bros. To put this in context, The Avengers made $207 million dollars domestically in its opening weekend, and Justice League won't even crack $100 million.

This is a financial flop for Warner Bros. There's no other way to put it. I think it will end up breaking even and will make them some profit, but DC was looking for a mega success here. They were wanting Justice League to easily crack $1 billion, and maybe even head towards $2 billion. So for Justice League to just barely get by is a complete disappointment for them. You also have to consider all the extra money that went into reshooting and reworking the film. It upped the budget significantly, so Justice League now has even more of an uphill battle in order to recoup its expenses. Unless if it explodes overseas, I think it's safe to say Justice League will end its run at around $600-650 million dollars worldwide, which is not enough. Warner Bros. won't lose money on Justice League, but it won't be the huge success they were looking for. These kinds of numbers really bring the future of the DC Cinematic Universe into question. Batman v. Superman: Dawn of Justice underpreformed. It should have been a billion dollar movie, and instead it made only $800 million worldwide. And it pulled in $166 million in its opening weekend. Wonder Woman made $100 million in its opening weekend, and that was great for that film. And now Justice League is opening to even less. Warner Bros. is looking at a downward trajectory with their movies. And for their big one, the film that everything hinged on, to not even crack $100 million opening weekend is downright disappointing. 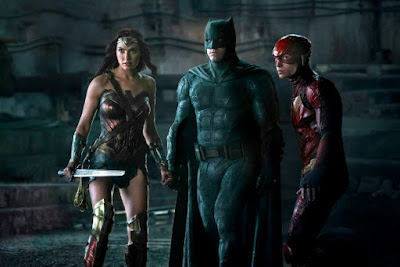 So what does this mean for the future of the DC Cinematic Universe? Honestly, I don't know. Aquaman is far enough along that it will definitively come out. There's no stopping it at this point. But everything else is still up in the air. Yes, Shazam is moving along, but they haven't begun filming yet. They could every easily pull the plug on it if they wanted to. Matt Reeves' The Batman, Flashpoint, Wonder Woman 2, Suicide Squad 2-- it could all be scrapped come Monday. Justice League's numbers are bad enough that they could can the entire universe. I don't know how likely it is that they'll do that, but there is a strong possibility that it does happen. If Justice League were a success, then I think we would have heard about a flurry of new films. We would have had official confirmations on everything. But now, I don't think DC is going to announce anything for a while. I think they're going to wait it out and see what Justice League's total worldwide numbers end up being. So come January or February, then they'll probably make some announcements. Whether the announcements will be for new movies, or for the cancellation of the DC Cinematic Universe, I'm not exactly sure right now.

While I've disliked more of the DC movies than I have liked, I don't want them to can the DC Cinematic Universe entirely. Yes, the foundation for it is rather shaky right now, but I think there is so much potential within what they've already created. I do think it was a mistake to rush right into the team-up movie without properly introducing all of the characters. I don't think the Marvel formula is the only formula that works, but DC botched it with their approach. Man of Steel and Wonder Woman are the two best DC Cinematic Universe films because they dedicated the entire movie to developing and fleshing out the character. They didn't worry about connecting the universe together. They didn't worry about introducing characters or ideas to set up future movies. They focused solely on the character, and that's why they worked. Moving forward, DC needs to go back to that. It's a smart move having Aquaman be the next film up, because it's going back to what worked before. If they are to continue making movies, they should focus only on making great solo movies for the time being. Don't worry about how The Batman is going to tie into fifteen other films; just focus on making The Batman great! If they can work to make their individual movies great, then the next team-up movie will be earned. There is a way for DC to continue on with their universe if they choose to do so; it'll just require a lot of re-working. But then again, I would not be shocked if DC just pulled the plug on their universe altogether. 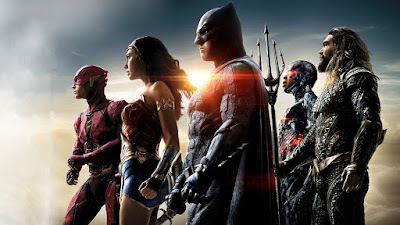 What do you think? Will Warner Bros. end the DC Cinematic Universe? Should they? How can Warner Bros. salvage the universe? Have you seen Justice League yet? Did you like it? Leave your thoughts in the comments section below.