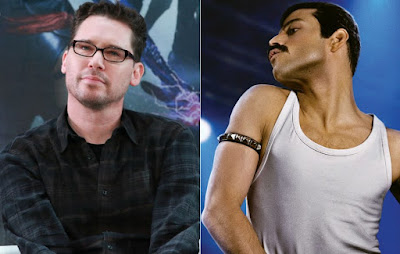 In the heat of all the sexual assault allegation going around Hollywood right now, Bryan Singer's name has been thrown around quite a bit. I remember wondering, when allegations were brought against him, how it was going to affect his upcoming Queen biopic, Bohemian Rhapsody. The film stars Mr. Robot's Rami Malek as Freddie Mercury, and is being produced by Fox, a studio that has worked with Singer for decades now. They produced a majority of his other works, such as the X-Men movies. In the past couple days, we've been hearing of issues coming out of the production of Bohemian Rhapsody. Fox halted production because of the "unexpected unavailability" of Singer, which had many of us wondering what exactly that meant. Reports were saying that Singer was going days without showing up to set, which sounded troubling. And now the seemingly inevitable has happened. Fox has officially fired Bryan Singer from Bohemian Rhapsody and replaced him with Eddie the Eagle's Dexter Fletcher, a move that could have some pretty larger ramifications.

Throughout this whole thing, Singer's sexual assault allegations were never mentioned, but I do feel like they have something to do with it. I'm sure Fox was wanting to distance themselves from Singer over it, and this was their excuse to do so. But that's not to say that Singer not showing up to set doesn't warrant him being fired in of itself. Apparently, he's done this on other films too. So it's not real shock to me that he's being let go for it. The bigger question is what does this mean for Singer's continued collaboration with Fox. If a factor to his firing is his sexual assault allegations, then Fox could be looking to get out of the Bryan Singer game altogether. That is a bold move on their part, since they've collaborated with him for so long. But with new rape charges being brought against Singer, I think it's certainly for the best. Now, Dexter Fletcher has been brought on to replace Singer. I'm not super familiar with Fletcher as a director, but as I understand it, the film had only a couple weeks left of shooting, so I think Bohemian Rhapsody will end up still being mostly Singer's movie. There's still a lot about this story that we don't know, so we'll have to wait and see how this all shapes up in the coming weeks. 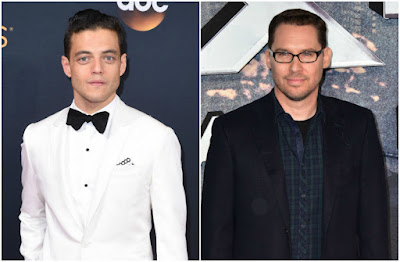 What do you think? Are you glad Bryan Singer has been fired from Bohemian Rhapsody? What do you think of Dexter Fletcher replacing him? Was this a smart move on Fox's part? Leave your thoughts in the comments section below.