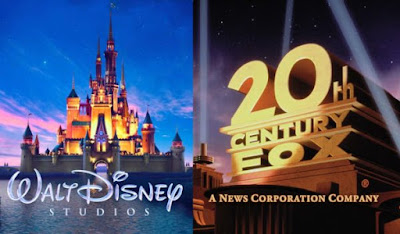 We have been hearing about this story for a while now. 20th Century Fox has been trying to sell off some of their assets, including their entire film division, and Disney has been the leading buyer. While there have been other bidders, such as Comcast, it seems like Disney has always been the front runner. Included in this deal would be the big ones, X-Men and Fantastic Four. Now, technically Disney already owns these, since they own Marvel Studios. Fox just has been leasing them for a couple decades now. But Disney, and in turn Marvel, would be getting the rights to these characters back under this deal. Other notable rights include the Alien, Avatar, and Planet of the Apes franchises. Also included are Fox's subsequent companies, such as Fox 2000 (which produced Hidden Figures) and Fox Searchlight (responsible for The Shape of Water). There are a lot of different layers and angles to look at regarding this story. But we do have confirmation now that Disney has officially purchased 20th Century Fox's film division, among a number of other assets. This is a $52.4 billion dollar purchase on Disney's part, paid for in stocks.

I haven't commented on this story yet, because before it was just speculation and rumors. Then they were negotiating a deal, and I wanted to wait to write about it until it had fully materialized. But now, here we are, with all the papers signed. To be honest, I'm not thrilled about this merger. I never wanted X-Men back at Marvel. They have a really strong cinematic universe going on now, one with three movies releasing next year. They're entirely different films than what Marvel is currently making, and I appreciate the diversity. Plus, Disney never in a million years would have made Deadpool or Logan. So having the X-Men separate from Marvel and the MCU certainly has its advantages. My hope is that, now that Disney has them, they will keep X-Men separate from the MCU, and will keep them in their own universe. I don't want X-Men rebooted and integrated into the MCU. I would much rather they keep going with the universe they already have, and not cross the streams, at least for a little while. Fantastic Four, however, I do really want to see in the MCU. Fox has butchered the property a number of times, and I think Marvel could get it right. So that is one element of this deal that I'm really excited for. Avatar is a property that I think innately fits very well under the Disney banner. But then you have something like Alien, which does not work as a Disney property at all. This leads into a major question I have, which I'll get into in a minute, but it's franchises like Alien that make me nervous about this merger. 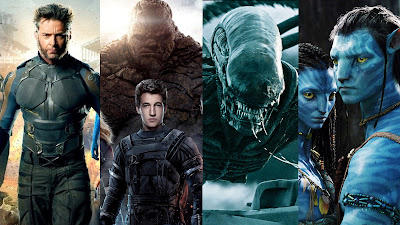 So how will Disney handle new-found R-rated properties like Deadpool and Alien? Disney doesn't make R-rated material, so how can the integrity of these franchises be kept under Disney? This has been a major concern for me up until now. Disney CEO Bob Iger has commented on the issue, specifically regarding Deadpool, saying: "It [Deadpool] clearly has been and will be Marvel branded. But we think there might be an opportunity for a Marvel-R brand for something like Deadpool. As long as we let the audiences know what's coming, we think we can manage that fine." This is a huge sigh of relief. It shows a willingness to do R-rated material on Disney's part that we haven't really seen from them before. Plus, it's incredibly reassuring for the future of something like Deadpool, and could even be applied to other franchises such as Alien. Disney opening up and doing R-rated films could be another whole avenue for them money making wise, and could give us another side of the studio we've never seen before. So while I'm still apprehensive about the deal as a whole, this does help calm my nerves, and it does make me think that there could be some good things to come from this merger in the end.

Look, there is going to be a lot of fall-out from this deal. There will be weeks of updates and subsequent news stories, because this is huge. Fox was a giant player in the film industry, and now Disney has absorbed them. A studio has just up and vanished in the industry, and it will definitely have ramifications. There is a lot to be seen about how Disney will handle the X-Men or Fantastic Four. Do they even want to do all of James Cameron's Avatar sequels? Will the Planet of the Apes franchise continue on, or the Alien franchise? Is this merger a new beginning for franchises, or an end for them? There's no way to tell this early on. This is all information we'll learn in the coming weeks, months, and in some cases, even years. But this merger is huge, and it will go down in the Hollywood history books. We're just going to have to wait to see how everything shapes up, and where all the pieces end up falling. 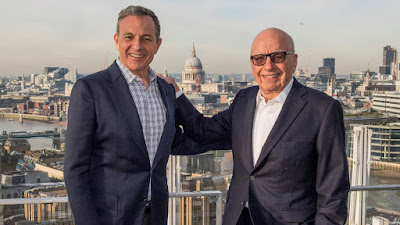 What do you think? Do you like the Disney/20th Century Fox merger? Will it benefit or hinder the film industry as a whole? What do you think will happen to all of Fox's properties, like the X-Men and the Fantastic Four? What about their R-rated franchises like Deadpool and Alien? Leave your thoughts in the comments section below.