Food for Thought: Why the Disney/Fox Merger is Bad for the Film Industry 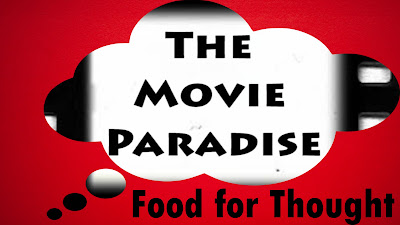 In this editorial series, Food for Thought, we take a popular story making the rounds in the world of film news, and we analyze it. Here, we will break this news story down, talk about it in great depth, and really analyze every portion of it. Now, these stories will be more than a regular casting call or some movie title; something we can easily write a regular article on. These editorials will rather feature more grey topics, ones that are highly opinionated and highlight strong discussions. Then, you the reader can go into the comments section and talk about what you agree with, what you disagree with, and where you stand on these issues. So, without further ado, let's get started!

In this installment, we will talk about why the Disney/Fox merger is bad for the film industry. 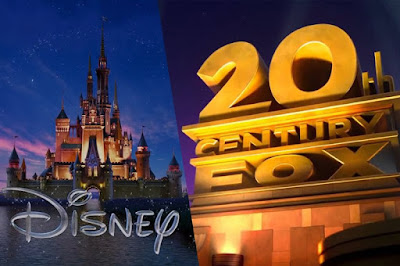 I ran down the initial report of the merger when the news first broke, which you can read here. There's a lot of different aspects and angles to look at, and I break them all down there. I did get into some of my opinions on the merger, but mostly on the smaller-scale side of things. I made my case for why I wasn't thrilled about the rights to X-Men or Deadpool or Fantastic Four going back to Marvel, but really the issue of this merger is greater than just the fate of some comic book movies. This is a deal that will have ramifications for years and decades to come, and it ultimately shows a troubling path that the film industry seems to be taking. Now, I don't think Disney buying Fox's film division means the end is nigh and Judgment Day is upon us or anything like that, but I do think it inhibits something that makes film as powerful as it is: diversity.

The film industry is made up of many different studios. You have giant ones like Disney or Warner Bros. or Universal, but then you also have smaller ones such as A24 or Scott Free Productions or Amblin Entertainment. There are countless studios, and the reason we have so many different movie studios that are all so prolific is because each studio has a different voice. No two studios produce the exact same movie, and for us movie fans, that's a good thing! We need diversity in the kinds of films we watch; not just in terms of blockbusters and indies, but also in the types of blockbusters and indies that are made. There's a reason studios collaborate on different projects, because you have a multitude of different opinions and perspectives joining together. Ultimately, a unified direction is taken, but you need more than one voice when creating something. As someone who has worked on independent film-- writing scripts from scratch, directing productions-- I can tell you first hand that having multiple voices is imperative. If I had had my way on everything I wanted, the final product would be absolute shit. Studios collaborate in order to get the best of each studio's perspectives, and that is a healthy thing for the industry. The future of film relies on the diversity of storytelling. Each studio brings their own voice and their own talents, and that is crucial to sustaining the artistic economy in Hollywood. 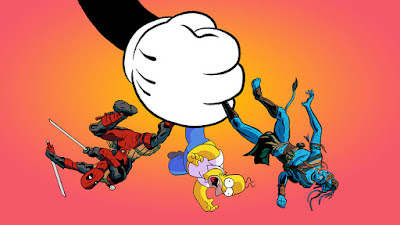 So how does this sentiment relate to the Disney/Fox merger? Well, we just lost a giant voice in the film industry. Fox was an incredibly prolific and active studio. Not just with their comic book franchises, but also with other franchises such as Alien, Avatar or Planet of the Apes. They even specialized in independent films with their other companies Fox 2000 and Fox Searchlight. Fox gave us a great deal of thought-provoking, engaging movies, and now it has been absorbed by Disney. Don't get me wrong: I think Disney is a great studio. I'm not bashing them in any way. They have handled so many of their properties with expert care. But I don't want everything under the same roof, because it ultimately hampers film diversity. I would be criticizing this merger in the same fashion had it been Universal or Warner Bros. or Sony or any number of other studios who had absorbed Fox. So this isn't an attack on Disney itself; rather, it's an attack on the monopoly Disney has created. Disney owns so much of the film industry right now. And while Disney is a corporation and is simply following their Capitalistic nature, we do have to consider the strain something like this is putting on the art of the movies. Film is equal parts art as it is business, and sometimes the focus is too heavy on the art, and other times the focus is too heavy on the business. Right now, it's the latter. Disney absorbing Fox limits the amount of diverse voices in the industry, and ultimately hurts the art of the medium. While the effects of this may not be immediately apparent, in the long run, they will become noticeable.

This is a deal that's already done, and there's no getting away from that. We have to just move on. But we as film fans must be educated and cautious as to the formation of monopolies within the film industry. Disney will gain more control; the acquisition of Fox isn't its final move. And we have to ask ourselves whether we really want the entire industry to be dominated by one studio. We have to ask ourselves whether a monopoly takes away from the expressive and individualistic nature of cinematic storytelling. Is the pool of creativity and innovation in film being diluted when one studio owns it all? We are not at the point yet when one studio fully controls everything, but this merger is just another step towards that. Now, who knows what the landscape will look like decades from now. Disney could fall and another studio could take its place. So none of this is specific to Disney. Rather, this is a cautionary tale for any monopoly created within the film industry. Diversity in storytelling is the key to the survival of the film industry, and when it's one studio that is the only ones telling the stories, we run the risk of the industry falling apart. This is not something we can immediately solve. It is something we simply need to be educated and cautious about, and we must be prepared to call out the studios when the business aspect of film begins to far outweigh the art of it. 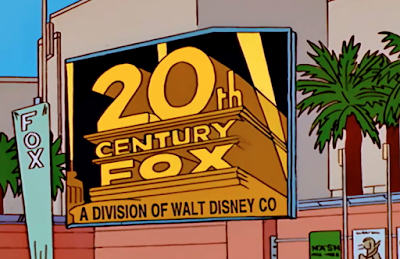 What do you think? Do you see the Disney/Fox merger as an issue for the film industry? Do you agree that it dilutes the diversity of different studios with different voices? Or do you see it simply as a nonissue? Leave your thoughts in the comments section below.